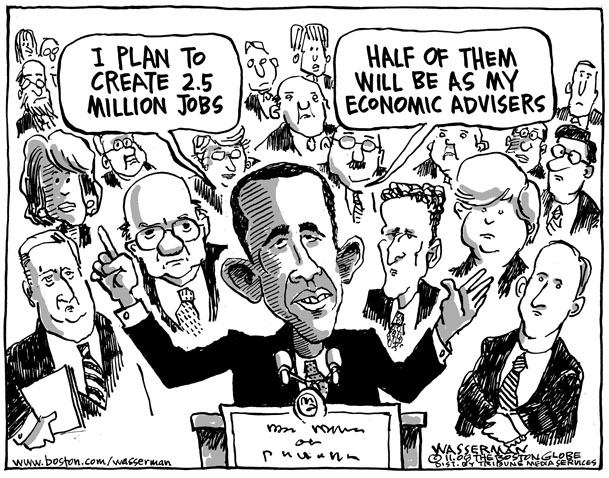 The Obama administration is preparing to release next week a proposal for hundreds of billions of dollars in cuts to federal health care programs, including Medicare and Medicaid. These cuts will have catastrophic consequences for the American people.

The proposed cuts will be submitted to the congressional “super committee” tasked with finding at least $1.5 trillion in deficit-reducing measures. Obama is urging the committee, established by the bill passed August 2 to raise the debt ceiling, to go far beyond its mandate, putting in place cuts that previously would have been considered politically impossible.

The committee itself embodies the anti-democratic nature of the attack on health care being spearheaded by the Obama administration. It is designed to impose massively unpopular measures over the heads of the people.

Among the likely proposals is an increase in the age of eligibility for Medicare and cuts in federal funding for Medicaid. Both these measures, initially proposed by Obama during negotiations over the debt ceiling, will deprive millions of Americans of access to basic health care. The administration also called for changes in the cost of living formula for Social Security that will reduce payments to retirees.

This is only the beginning. The Committee for a Responsible Budget, a group of corporate executives and former government officials of both parties—including one-time members of the Obama administration and the two co-chairmen of the Simpson-Bowles budget commission set up by Obama in 2010—released a report earlier this month with a more extensive wish list for the congressional committee. It includes reducing provider payments, increasing premiums for individuals, and limiting the ability of people to sue doctors or hospitals for medical malpractice, a long-time right-wing demand championed by Obama.

The group also calls for the committee to “seriously consider… moving to a premium support system for Medicare,” i.e., transforming Medicare into a voucher system for the purchase of private insurance, the same proposal advanced by Republican Congressman Paul Ryan earlier this year. This means the effective abolition of the principal health care program for the elderly, which dates back to 1965.

Also to be considered is “putting federal health care spending on a budget”—i.e., placing a cap on overall spending—and “strengthening the Independent Payment Advisory Board to better control costs.” IPAB was formed as part of Obama’s 2010 health care “reform” bill and is tasked with recommending cuts in social programs.

The cuts to be proposed by Obama are so sweeping they have provoked concern among elements within the Democratic Party who fear they will completely expose the party’s right-wing policies in the run-up to the 2012 elections. An article in the New York Times on Tuesday (“Democrats See Perils on Path to Health Cuts”) notes that Obama’s intervention is “delighting Republicans and dismaying many Democrats who fear that his proposals will become a starting point for bigger cuts in the popular health programs.”

The attempt by sections of the Democratic Party to present these cuts as a shift in the overall direction of the administration is a fraud. The assault on health care began with Obama’s so-called “reform” bill, passed last year. This reactionary scheme to slash health care costs for corporations and the government was hailed by the administration’s supporters on the “left” as a progressive social reform.

The current drive to expand the attack on Medicare and Medicaid in the name of fiscal “responsibility” exposes the utterly cynical nature of last year’s “reform.” The desperate plight of the uninsured was exploited to push through the bill, which was packaged as a major step toward universal health care coverage.

One year later, the question of the uninsured is not even an issue. The recent census report showing staggering levels of poverty also documented an increase in the number of people without health insurance to 50 million. This statistical expression of a social disaster has passed without comment by Obama.

The 2010 health care overhaul requires individuals to purchase insurance from private corporations or face a stiff fine. This is a boondoggle for the insurance companies and sets the stage for corporations to end their employer-provided health plans. Many have already begun to do so, even though the major provisions of the health care overhaul do not take effect until 2014.

Other companies, including Verizon—against which 45,000 workers recently went on strike—are cutting benefits, citing a sharp increase in taxes on more comprehensive so-called “Cadillac” plans included in the health care bill.

The bill imposes $500 billion in cuts to Medicare. The passage of the overhaul coincided with a campaign in the media, led by the New York Times,against supposedly “excessive” or “unnecessary” tests and medications.

The World Socialist Web Site wrote in July 2009 that far from representing a progressive reform, Obama’s proposal “marks an unprecedented attack on health care for the working population. It is an effort to roll back social gains associated with the enactment of Medicare in 1965.”

The overhaul was the beginning of “a counterrevolution in health care, being carried out in the profit interests of the giant pharmaceutical companies, insurance conglomerates and hospital chains, as well as the corporations, which will be encouraged to terminate health care for their employees and force them to buy insurance plans providing less coverage at greater out-of-pocket expense.”

As the WSWS insisted, the plan was aimed at undermining any conception of quality health care for all, even in the limited form of government coverage for all seniors, and replacing it with a class-based system of rationed health care. The wealthy will have access to the best care available while the working class, denied access to procedures and medicines, will be consigned to inadequate, second-class coverage. As a result, many will unnecessarily die, others will be debilitated and both life expectancy and quality of life for masses of people will deteriorate.

This analysis has now been entirely confirmed.

Obama’s role in the assault on health care is emblematic of his entire presidency. He was presented to the American people as the “candidate of change.” In fact, Obama was the vehicle for a further shift of the political establishment to the right on every front—from the bank bailout and the utilization of the economic crisis to slash the jobs and wages of the working class, to the expansion of war and attacks on democratic rights.

The political forces that promoted and continue to back Obama do so not out of some misapprehension, but because they agree with his policies. Their aim is to prevent the working class from drawing the necessary political conclusions and keep it tied to the Democratic Party. The liberal and pseudo-left organizations, along with the trade unions, are now gearing up to promote Obama’s 2012 presidential campaign.

Every gain of the working class in the 20th century is under ferocious attack by both political parties. The only way to halt this assault is to unleash the social power of the working class in mass and direct resistance—strikes, protests, factory and work place occupations—as part of an independent political movement of working people against the capitalist system and all of its political representatives. This requires a struggle for a socialist program and a workers’ government.

Joseph Kishore is a prominent member of the Socialist Equality Party.

We Have No Idea Who’s Right: Criticizing “he said, she said” journalism at NPR

THREE STRIKES YOU’RE OUT FOR WESTERN PSYCHOTHERAPY: THE...