Home ANNOTATED NEWS Trained to not see it

Trained to not see it

By Eric Schechter
This is a work in progress.  For further iterations, see Eric’s FB blog at:
http://www.facebook.com/notes/eric-schechter/trained-to-not-see-the-basic-fallacies-of-capitalism/10150372384702640 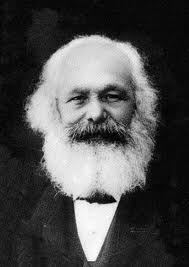 Marx in his winter years. The old boy was right.

Editor’s Note: Marx and Engels spoke 16 decades ago about the self-destructive “social relations” of capitalism (actually applicable to any profoundly inegalitarian and exploitative system).  His insights, though constantly denounced as “false” or “vulgar” by the hordes of apologists working for the status quo, have never been negated by historical truths themselves. The current period characterized by an aggressive, criminal capitalism waging class warfare against working people across the globe, and utilizing its immense military arsenal to rob, destroy and intimidate lesser nations, is ample proof that Marx was right about his warnings, and that humanity is now in the throes of a colossal struggle to rid itself of a system that has long overstayed its welcome.

In the essay below, Eric Schechter zeroes in on the polluted and often lethal “social relations” defining capitalism.  The Wiki offers a succinct but helpful intro to the topic. Here are three famous quotations showing Marx’s use of the concept of relations of production:

Relations of production (German: Produktionsverhältnisse) is a concept frequently used by Karl Marx in his theory of historical materialism and in Das Kapital. It is first explicitly used in Marx’s published book The Poverty of Philosophy, although the concept is already defined in The German Ideology.

In the social production of their existence, men inevitably enter into definite relations, which are independent of their will, namely relations of production appropriate to a given stage in the development of their material forces of production. The totality of theserelations of production constitutes the economic structure of society, the real foundation, on which arises a legal and political superstructure and to which correspond definite forms of social consciousness. The mode of production of material life conditions the general process of social, political and intellectual life. It is not the consciousness of men that determines their existence, but their social existence that determines their consciousness. At a certain stage of development, the material productive forces of society come into conflict with the existing relations of production or – this merely expresses the same thing in legal terms – with theproperty relations within the framework of which they have operated hitherto. From forms of development of the productive forces these relations turn into their fetters. Then begins an era of social revolution. The changes in the economic foundation lead sooner or later to the transformation of the whole immense superstructure. – 1859 Preface to A Contribution to the Critique of Political Economy
—Patrice Greanville

Trained to not see it
ERIC SCHECHTER

REALLY, THE MOST BASIC FLAW IN CAPITALISM is so simple that I don’t know why I didn’t see it sooner — and I don’t know why other people still don’t see it, even after I point it out. Maybe because we’ve all been trained to not see it?

Rising productivity is inevitable under any economic system. because people gradually think up improvements on their methods of doing things. And rising productivity ought to make us all affluent, so that we could have lives of comfort and leisure and recreation, working only a few hours a week. That’s how things would work out, if we were all valued members of a team.

But under capitalism, just the opposite happens. The benefits of increased productivity are pocketed by the handful of people who control the workplace — the owners, the management executives, etc. Workers are seen as expendable tools; as fewer of them are needed, fewer of them are retained. Thus there is an increasing supply of unemployed people competing against each other for the few jobs that remain, so wages sink. A few people become fabulously wealthy, and everyone else becomes poorer. Isn’t that simple?

There are other flaws in capitalism, too — e.g., the fallacy of the market. Market fundamentalists claim that everyone profits from a “voluntary trade,” because they exchange something they value less for something they value more. But it doesn’t really work out that way.

Here is the mathematics of it: As a cotton farmer, I can produce cotton for P dollars per bale.  As a cotton distributor (wholesaler, retailer, whatever), you can sell cotton at the higher price of S dollars per bale. Thus, if I sell you my cotton at any price between S and P, we both come out ahead. There is a profit of S-P (the difference of our two utility values), which gets split between us.

But how is that profit split? Let’s imagine that I’m poor and you’re wealthy. Also let’s suppose that there are lots of cotton farmers, and only a few distributors. Then I’m in dire straits — I have a hungry family to feed — I have to take pretty much any price you’re willing to give me. Whereas you’re under no particular pressure to find farmers, and so you can wait for a good price. The result is that you’re going to be buying cotton at a price only very slightly higher than P dollars per bale. You’ll keep the much larger portion of the profit S-P, and the farmer’s portion will be just barely enough for survival.

Thus, the wealthy get wealthier, because they only engage in deals that make them wealthier; they decline any other deals.

Greed is built into the system. A corporation is compelled, both by competition and by its legal charter, to maximize profits by any means available, disregarding or even concealing harm to workers, consumers, and the rest of the world. Fines for breaking rules generally are smaller than the profits obtained from such misbehavior, and so such fines are simply viewed as a part of the normal cost of doing business. Any CEO who finds scruples is quickly fired and replaced. Externalized costs are omitted from our measurements and calculations. We are taught to see our interests as separate, and the well-being of the community is not the responsibility of anyone in particular. The commons gets privatized and plundered, and as a result the ecosystem is dying.

Global warming is accelerating. The climate experts keep revising their models upward, and yet they keep getting surprised as climate continues to outpace their models. When someone makes a prediction that begins with the words “at the present rate,” they really don’t get it. A feedback loop is when the results of a process contribute to the causes of the process; that causes exponential acceleration — something that few people other than mathematicians (like me) can really appreciate. If we don’t halt it soon, it will kill us all (even the rich).

But let’s not blame the rich for their greed. They, too, are prisoners of the system, though their cells are more comfy than yours and mine. They are pitted against each other — it’s a dog-eat-dog world, as they are forced to steal not only from us, but also from each other. The economy is like the game of musical chairs, or the board game “Monopoly” — in the end, one player owns everything, and all the other players are utterly impoverished. That might make an entertaining evening, but it’s a terrible design for an economy; surely we can think up something better.

Once upon a time, some of us believed that the market could be regulated and kept moral by government. But we were mistaken — it’s inevitable that the wealthy will capture the government. After all, wealth can be used for influence. As long as we have freedom of speech, those with greater wealth will find greater opportunities to express their views and to influence decisions. The only way to not have rule by the wealthy class is to not have a wealthy class.

Our plutocracy only permits changes in the system that make the rich richer. We’re going to have to overthrow the plutocracy, before the ecocide kills us all. And this can’t be done by force alone — if we change the leaders without changing the culture, we’ll just end up replacing the old plutocracy with a new one.

But perhaps force will be needed as one of the ingredients. After all, the plutocracy is likely to resist giving up their power. They might claim that they want to work in the best interests of everyone, but don’t listen to their words — look at their actions.

So here’s the choice, as I see it: Either

ERIC SCHECHTER is a mathematician and a contrarian.

We Have No Idea Who’s Right: Criticizing “he said, she said” journalism at NPR