Cenk Uygur: Why Bloomberg Had to Attack OccupyWS (VIDEO) 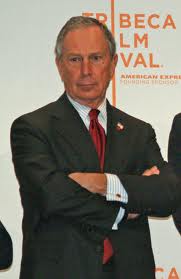 Mike Bloomberg, flattening the First Amendment. A Mayor for the rich, but not for the ordinary citizen. Michael Rubens Bloomberg (born February 14, 1942) is an American businessman and the current Mayor of New York City. He was listed as the eighth-richest American, with a net worth of US $16 Billion, in the Forbes 400 on Sept. 17, 2008, making him the richest resident of New York…

OpEds: What Occupy Wall Street Has Taught Me

Bloomberg Personifies What the Occupation Opposes