Listen live by clicking the link icon below: 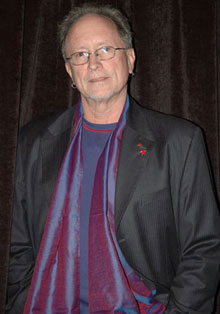 When the controversy broke about then Senator Obama having known Bill Ayers, my first thought was “cool, maybe his isone of us.  Since then, it is Obama that has disappointed, not Professor Ayers.

My discussion with him will strive to contemplate, contrast and compare the social movement of the 60’s and 70’s with what is happening now. I think he can, as someone who has been fully immersed in the former shed light on the latter.

Great effort has been taken to marginalize, even demonize and true socialist with any chance of influencing the dialogue in this country. While active in the advancement of progressive education, that that alone is considered too “radical” for the “educational industry” speaks volumes about how far right we have been pushed as a Nation.

Today, this nation is under a far more militant resistance against OWS activists than the anti-war activists of the SDS and WU were… I wonder, how will it survive?

I am thrilled an honored to be able to have a conversation with Bill! I am sure we shall all learn much from him.

Bill Ayers is an American elementary education theorist and a former leader in the movement that opposed U.S. involvement in the Vietnam War. He is known for his 1960s activism as well as his current work in education reform, curriculum, and instruction. In 1969 he co-founded the Weather Underground. He is a retired professor in the College of Education at the University of Illinois at Chicago, formerly holding the titles of Distinguished Professor of Education and Senior University Scholar

Tip: In order to comment in the show’s companion chat, you must create a BTR account, its free and only takes seconds. Chat is monitored during the show, so make yourself heard.

Miss the show? The podcasts are available at the link above, or at the Wild Wild Left

Join Wild Wild Left Radio every Friday at 6pm ET, with Hostess and Producer Diane Gee to guide you through Current Events taken from a Wildly Left Prospective….

WWL Radio: Bringing you controversial, cutting edge, revolutionary, “out there where the buses don’t run” LEFT perspective since January of 2009!

Heal the Earth: Repeal the crooked Mining Act of 1872 !