Home ANNOTATED NEWS Yawning our way into wars of choice

Yawning our way into wars of choice 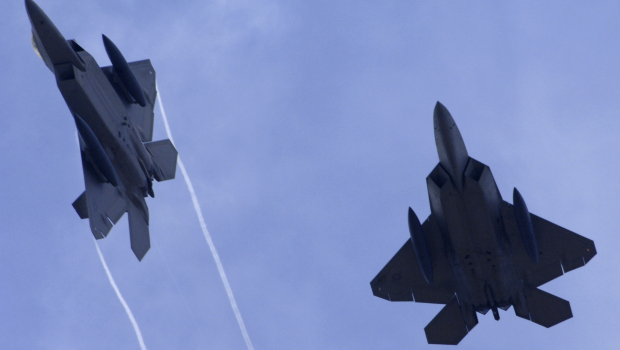 America’s wars are remote.  They’re remote from us geographically, remote from us emotionally (unless you’re serving in the military or have a close relative or friend who serves), and remote from our major media outlets, which have given us no compelling narrative about them, except that they’re being fought by“America’s heroes” against foreign terrorists and evil-doers.  They’re even being fought, in significant part, by remote control — by robotic drones “piloted” by ground-based operators from a secret network of bases located hundreds, if not thousands, of miles from the danger of the battlefield.

Their remoteness, which breeds detachment if not complacency at home, is no accident.  Indeed, it’s a product of the fact that Afghanistan and Iraq were wars of choice, not wars of necessity.  It’s a product of the fact that we’ve chosen to create a “warrior” or “war fighter” caste in this country, which we send with few concerns and fewer qualms to prosecute Washington’s foreign wars of choice.

The results have been predictable, as in predictably bad.  The troops suffer.  Iraqi and Afghan innocents suffereven more.  And yet we don’t suffer, at least not in ways that are easily noticeable, because of that very remoteness.  We’ve chosen — or let others do the choosing — to remove ourselves from all the pain and horror of the wars being waged in our name.  And that’s a choice we’ve made at our peril, since a state of permanent remote war has weakened our military, drained our treasury, and eroded our rights and freedoms.

Wars of necessity vs. wars of choice

World War II was a war of necessity. In such a war, all Americans had a stake.  Adolf Hitler and Nazism had to be defeated; so too did Japanese militarism.  Indeed, war goals were that clear, that simple, to state.  For that war, we relied uncontroversially on an equitable draft of citizen-soldiers to share the burdens of defense.

Contrast this with our current 1% wars.  In them, 99% of Americans have no stake.  The 1% who do are largely ID-card-carrying members of what President Dwight D. Eisenhower so memorably called the “military-industrial complex” in 1961.  In the half-century since, that web of crony corporations, lobbyists, politicians, and retired military types who have passed through Washington’s revolving door has grown ever more gargantuan and tangled, engorged by untold trillions devoted to a national security and intelligence complex that seemingly dominates Washington.  They are the ones who, in turn, have dispatched another 1% — the lone percent of Americans in our All-Volunteer Military — to repetitive tours of duty fighting endless wars abroad.

Unlike previous wars of necessity, the mission behind our wars of choice is nebulous, confusing, and seems in constant flux.  Is it a fight against terror (which, as so many have pointed out, is in any case a method, not an enemy)?  A fight for oil and other strategic resources?  A fight to spread freedom and democracy?  A fight to build nations?  A fight to show American resolve or make the world safe from al-Qaeda?  Who really knows anymore, now that Washington seldom bothers to bring up the “why” question at all, preferring simply to fight on without surcease?

In wars of choice, of course, the mission is whatever our leaders choose it to be, which gives the citizenry (assuming we’re watching closely, which we’re not) no criteria with which to measure success, let alone determine an endpoint.

How do we know these are wars of choice?  It’s simple: because we could elect to leave whenever we wanted or whenever the heat got too high, as is currently the case in Iraq (even if we are leaving behind a fortress embassythe size of the Vatican with a private army of 5,000 rent-a-guns to defend it), and as we are likely to do in Afghanistan sometime in the years after the 2012 presidential election.  The choice is ours.  The people without a choice are of course the Iraqis and Afghans whom we’ll leave to pick up the pieces.

Even our vaunted Global War on Terror is a war of choice.  Think about it: Who has control over our own terror: us or our enemies?  We can only be terrorized in the first place if we choose to give in to fear.

Think here of the “shoe bomber” in 2001 and the “underwear bomber” in 2009.  Why did the criminally inept actions of these two losers garner so much attention (and fear-mongering) in the American media?  As the self-confessed greatest and most powerful nation on Earth, shouldn’t we have shared a collective belly laugh at the absurdity and incompetence of those “attacks” and gone about our business?

Instead of laughing, of course, we allowed yet more American treasure to be poured into technology and screening systems that may never even have caught a terrorist.  We consented to be surveilled ever more and consulted ever less.  We chose to reaffirm our terrors every time we doffed our shoes or submitted supinely to being scoped or groped at our nation’s airports.

Our distant permanent wars, our 1% wars of choice, will remain remote from our emotions and our thinking, requiring few sacrifices except from our troops, who grow ever more remote from our polity.  This is especially true of America’s young adults, between 18 and 29 years of age, who are the least likely to have family members in the military, according to a recent Pew Research Center study.

The result?  An already emergent warrior-caste might grow ever more estranged from the 99%, creating tensions and encouraging grievances that quite possibly could be manipulated by that other 1%: the powerbrokers, money-makers, and string-pullers, already so eager to call out the police to bully and arrest occupy movements in numerous cities across this once-great land.

Our military or their military?

As we fight wars of choice in distant lands for ever-shifting goals, what if “our troops” simply continue to grow ever more remote from us?  What if they become “their” troops?  Is this not the true terror we should be mobilizing as a nation to prevent?  The terror of separating our military almost totally from our nation — and ourselves.

As Admiral Mike Mullen, former Chairman of the Joint Chiefs of Staff, put it recently to Time: “Long term, if the military drifts away from its people in this country, that is a catastrophic outcome we as a country can’t tolerate.”

Behold a horrifying fate: a people that allows its wars of choice to compromise the very core of its self-image as a freedom-loving society, while letting itself be estranged from the young men and women who served in the frontlines of these wars.

Here’s an American fact: the 99% are far too remote from our wars of choice and those who fight them.  To reclaim the latter, we must end the former.  And that’s a war of necessity that has to be fought — and won.

ABOUT THE AUTHOR
William J. Astore is a retired lieutenant colonel (USAF) and TomDispatch regular.  This piece originally appeared on TomDispatch. The opinions expressed in this commentary are solely those of the author.

A Very American Kind of Coup

Scott Ritter: A war with Russia would be...

“A MESSAGE WRITTEN IN THE NIGHT SKY”: THE...