Bernie Sanders leads the fight to save the Postal Service 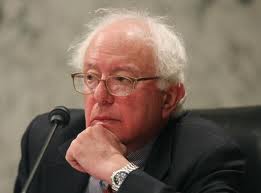 A bill offered by Sen. Joseph Lieberman, I-D-Conn.; Tom Carper, D-Del.; and Susan Collins, R-Maine, would block the Postal Service from ending Saturday delivery for two years, but Sanders said it doesn’t save the processing centers planned for closure. Landrieu, Sanders and Leahy are pushing to extend the ban for four years.

A House GOP bill would allow the Postal Service to act quickly to end Saturday mail delivery and close post offices and processing centers while establishing a commission that could override union agreements, reduce salaries and benefits, and lay off thousands of employees.

Additionally, he has repeatedly pointed out, cutting 220,000 jobs would hurt not just the Postal Service and those 220,000 people, but an economy in need of more, not less, jobs. He, Leahy, and Landrieu are trying to get the Senate bill changed to delay the end of Saturday delivery for at least four years, remove pension prefunding obligations not faced by either the federal government or corporations, and keep rural post offices open.

Those measures only buy time, though, and to address the challenges posed by the internet, they’re calling for a blue-ribbon panel to find ways for the post office to find new revenue sources. Landrieu suggests, for instance, that post offices could offer services like notary publics, copying and handling hunting and fishing license sales. (And fax services, I’d add.) But if that’s not enough?

Landrieu said Congress may need to revise a statutory requirement that the service be self-sufficient.
“I’m not sure that that is a goal that can be met,” she said. “That is what the law says. Maybe that law needs to be revisited.”

No kidding. Here’s an absolute public good, a vital link between rural areas and needed medicine and services, an entity that can deliver into apartment buildings while the Fed Ex guy is left futilely banging on the outer door hoping to be let in, something that’s actually in the Constitution. Modernizing it and giving it new functions to increase its relevance in the age of email is a great idea. Cutting it until it dies and then calling it a natural death is a Republican idea.

The Low to No Cost of Killing a...