Beating Up on North Korea and Iran 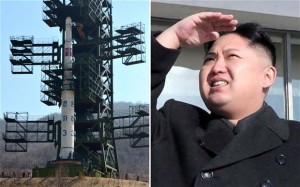 Washington needs enemies. When none exist, they’re created. North Korea and Iran are prime targets. Neither poses threats. Yet they faced decades of false accusations.

Like other nations, both reject domination. They want their sovereignty respected. They seek normalized relations with regional neighbors and the West. America’s imperial ambitions block them. Threats follow.

Besides longstanding plans to replace independent regimes with client ones, Washington needs enemies as punching bags.

At issue is keeping fear heightened to wage imperial wars on humanity. One country after another is ravaged. Syria’s next, then Iran. Another to be named later awaits. America never runs out of targets. It needs them to wage permanent wars. It’s longstanding official policy.

Provocations may precede one if Washington has that in mind once other priorities are settled. For its part, North Korea wants confrontation avoided at all costs, short of surrendering its sovereignty in the process.

In the meantime, beating up on Pyongyang continues. In his 2002 State of the Union address, George Bush combined North Korea with Iran and Iraq in his “axis of evil.”

On Monday, America and the Philippines began provocative joint military exercises in disputed South China Sea waters. Thousands of troops are involved. Forces from other countries are participating.

On April 16, Beijing demanded a Philippine archeological ship immediately leave its Huangyan Island territorial waters. It marks another in a series of regional incidents.

In mid-march, North Korea announced a planned satellite launch between April 12 and 16, depending on weather.

As of yearend 2011, over 900 operational satellites orbit the earth. Dozens of countries launched them. Besides America, Russia, China, Japan, India, Western states, and Israel, they include South Korea, Latin American nations, Luxembourg, Bulgaria, Pakistan, Saudi Arabia, Egypt, Belarus, Iran, and many others.

Why pick on North Korea? Washington, Japan, and South Korea condemned its planned launch. With no proof, they called it a long-range missile test.

Asia specialist Dr. Tim Beal told Russia Today that South Korea’s condemnation was “an election ploy.” He said “you can easily tell by the trajectory of the rocket” whether or not it’s military related. “There is no doubt that (North Korea) attempt(ed) to launch a satellite.”

It has every right to do so like other nations. Ahead of the failure, Obama officials threatened to suspend promised food aid. The State Department falsely accused North Korea of being “highly provocative” and “a threat to regional security.”

Responding to North Korea’s determination to launch, Japan and South Korea threatened to down the rocket if it passed over their territory. It barely got off the ground. It failed shortly after liftoff. Scattered debris entered waters 100 km off South Korea’s coast.

Showing good faith before launching, Pyongyang invited about 50 foreign journalists to witness it close up. At the same time, Washington’s pressure got the Security Council to meet in emergency session. A statement “deplor(ing)” the launch followed.

On April 12, Hillary Clinton said “Pyongyang has a clear choice. It can pursue peace and reap the benefits of closer ties with the international community, including the United States. Or it can continue to face pressure and isolation.”

North Korea threatens no one. It pursued peace since Truman’s war of aggression. Its efforts produced condemnation, intimidation, impoverishment, and isolation. Nothing changed under Bush or Obama. Washington’s main regional target is China. Pyongyang’s an easy punching bag.

Beating up on what Korean expert Bruce Cummings calls “The Hermit Kingdom” is policy. He once referred to North Korea as “where the Cold War never ends.” At the time he added:

“We should all try to be sober and serious in thinking about North Korea and peace on the peninsula, so that one day Korea can be unified without another hemorrhage of blood.”

He and others know Pyongyang’s not the problem. Washington hegemonic ambitions prevent global peace.

Beating Up on Iran Is Prioritized

He hopes two rounds of talks will facilitate more cooperation and lead to removing sanctions. Give and take by both sides are key. Iran prioritizes its sovereign rights. It also wants restrictive Western chains removed. Like other countries, it resents pressure and threats to yield to unreasonable demands.

Istanbul showed Tehran bears the burden to build confidence, make major concessions, and submit to harassing inspections and verifications beyond what’s expected of other peaceful nuclear states. Why Iran and not them? Why any country?

On the one hand, Obama threatened more sanctions and other unspecified consequences if May talks don’t yield concessions Washington demands. On the other, Netanyahu said Istanbul gave Iran a “freebie. It’s got five weeks to continue enrichment without any limitation, any inhibition.” He want an immediate halt.

Obama keeps saying time’s running out, the clock’s ticking. “I’ve been very clear to Iran and our negotiating partners that we’re not going to have these talks just drag out in a stalling process.”

“We still have a window in which to resolve this conflict diplomatically. That window is closing and Iran needs to take advantage of it.”

Salehi added that both sides should clarify steps to be taken before next month’s meeting. He hopes doing so can build trust.

Claiming otherwise is red herring cover for America’s longstanding regime change plans. If nuclear confrontation ends, another issue will replace it. If it doesn’t exist, it’ll be invented.

False accusations will persist. Confrontation may follow. So may belligerent attacks against nuclear, military, and other strategic sites. America’s Persian Gulf presence is menacing. Dozens of military bases surround Iran.

Tehran doesn’t threaten neighbors, Israel, America, or other Western states. Its independence and energy riches make it a prime target. Washington wants control over all regional oil and gas, including what companies develop it, who gets it, how much, and the price.

As a result, all options are open, including war. The risk’s too great to ignore. Washington’s belligerence increases the likelihood. If not sooner, than after November elections.

Replacing Syrian and Iranian regimes with pro-Western ones are prioritized. Embroiling the region in out-of-control conflict may result.

Bipartisan belligerence increases chances. It may happen this year or early 2013. The potential consequences are frightening.

What happens regionally could go global. The threat’s too real to be discounted. Resistance must step up to prevent it. Only fools and warlords would permit it. Time’s running out to stop them. What greater priority than that!

ADDENDUM
Wherein the standby, ubiquitous, right-wingers from various reactionary foreign colonies abundantly present in the US weigh in. It happens all the time as the American media have an endless reservoir of such types.

For Op-Ed, follow@nytopinion and to hear from the editorial page editor, Andrew Rosenthal, follow@andyrNYT.

SPECTACULAR failure though it was,North Korea’s latest rocket launching calls for punitive measures from America and its allies. Bad engineering is no reason for complacency; the benchmark for American policy must be North Korea’s intent. And for decades, that government has been determined to develop nuclear-tipped long-range missiles that would give it leverage over the United States on a host of issues.

It’s predictable that the misfire has triggered over-analysis and scapegoating, with calls for calm and tales of an internal power struggle between “hawks” and “doves” in the new Kim Jong-un government. Others say America and South Korea should re-engage the government in Pyongyang. Both views ignore the fact that Kim Jong-un is following a path of alternating provocations and peace offensives paved by his grandfather Kim Il-sung and perfected by his father, Kim Jong-il.