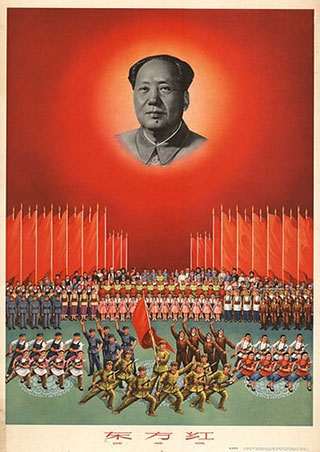 Events suggest that the long-overdue crisis of China’s Communist Party has arrived. Evidence is provided by the affair of the Chinese police chief who tried to defect to the United States and was turned away, the sensational slaying of the mysterious Englishman, about whom Britain’s foreign secretary seems to have known more than he told us at the time of the killing, and more than he should have known, had the mysterious Englishman been merely the innocuous expatriate he purported to be, and the British government had claimed that he was.

China’s crisis, as I have argued in the past, is that of political legitimacy. The legitimacy of the Chinese Communist Party rests entirely on the fact that it has no political rival. It inherited an abused and demoralized China from Mao Zedong in 1976, after Mao’s morbid narcissism, produced by absolute power, had spurred him to launch the Great Leap Forward. Then came the Cultural Revolution, culminating in the attempted coup of the “Gang of Four,” empowered by his widow.

All this makes for a history that cannot be dismissed. It remains relevant because it is recent—the treacherous false freedom of allowing “a hundred flowers bloom” began in 1956 and ended 20 years later when Mao died. Deng Xiaoping assumed effective power in 1978. The actuality of this history demonstrates what could again happen. The Tiananmen Square demonstrations, and massacre, occurred in 1989, and the martial law then imposed was ended in January 1990, just 22 years ago—two years before Bill Clinton became president, while Margaret Thatcher was still prime minister of Britain, and Francois Mitterrand the president of France. Why, it was only yesterday!

In his book of essays and poems, “No Enemies, No Hatred,” the political dissident and Nobel Peace Prize laureate (2010) Liu Xiaobo has described the system that still governs China today, as it did under Mao Zedong. “In order to guard the power of its one-party dictatorship and the vested interests of the privileged elite, the party keeps a tight grip on the appointments and dismissals of officials at every level. In effect it takes this power out of the hands of the people, where rightly it belongs, and turns it into an item of private exchange within the party. The power of every official at every level comes not from below, from the people, but from above, from higher levels within the structure of private authority. This fact then establishes a pattern: The first priority of officials is always to serve the higher-ups (because, in effect, this serves oneself).”

The mechanism for determining supreme power is the Party Congress, held every decade, which will take place this fall, “a comet-like event that awes onlookers as a portent of change and renewal,” as writer Ian Johnson has described it, the most spectacular of which portent—thus far, this year—being the fall from power of Bo Xilai, a prominent regional official and member of the Politburo, widely considered a candidate for the Politburo’s Standing Committee, an appointment considered a crucial step toward the highest office, which many thought was Bo’s destiny.

Now he has not only been disgraced and stripped of office, but his wife is being held on suspicion of involvement in the slaying of a former family friend, Neil Heywood, a longtime resident of China. It is rumored that the illegal transfer abroad of large sums of money was involved in the affair, but mere money seems too insignificant to explain the rank of the people involved and the now-unsuccessful efforts of the British government to distance itself from the matter, Heywood being said to have once been a member of the British Secret Intelligence Service.

All very intriguing for us foreign devils following the affair in the sensationalist Western press, although not at all so for the Bo family, including their son at Harvard, whose flamboyant displays of wealth and privilege while a student in Britain and the United States seem to have become well known among the Facebook-linked children of the Chinese ruling elite, and to security authorities as well.

On Monday, China’s Prime Minister Wen Jiabao again warned his government that it must end a culture of corruption lest this lead to the end of Communist rule. The warning is eminently justified with respect to a ruling body that has itself done little to deserve power, other than by being descended from the individuals who in the early and mid-20th century carried out the Communist revolution.

Not only is China experiencing grave scandals involving officials across the country, but foreign residents report a culture of graft at all levels of society. The country’s long history is distinguished by xenophobic, nationalist, separatist, and peasants’ and workers’ revolts. The dynastic system collapsed in ruin in 1911, and since then China has seen not only Sun Yat-sen’s, Chiang Kai-shek’s and Mao Zedong’s nationalist and ideological movements and civil wars, but persisting sectoral revolts and warlordism, foreign invasion and extensive civil unrest. China is a turbulent society, and foreigners are mistaken to take its recent economic success as a guarantee of political order, as most seem to do.

Visit William Pfaff’s website for more on his latest book, “The Irony of Manifest Destiny: The Tragedy of America’s Foreign Policy” (Walker & Co., $25), at www.williampfaff.com.

5 Countries That Do It Better: How Sexual Prudery Makes America a Less Healthy and Happy Place