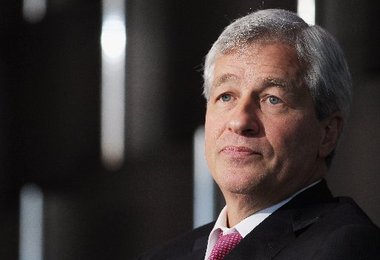 The economic and political fallout from JPMorgan Chase’s sudden announcement last Thursday night that it lost more than $2 billion from speculative bets on credit derivatives continued to grow on Monday. The biggest US bank announced the forced retirement of Ina Drew, who headed up the bank’s London-based Chief Investment Office, which placed huge bets on the creditworthiness of a collection of US corporations. Other top executives and traders are expected to be sacked or demoted.

The bank’s shares fell another 3.2 percent, bringing its two-day market capitalization loss to nearly $19 billion. The Wall Street Journal reported that JPMorgan was prepared for a total loss of more than $4 billion over the next year from its soured stake in credit default swaps—the same investment vehicle that played a central role in the collapse of Lehman Brothers and the government bailout of insurance giant American International Group (AIG) in September of 2008.

In an interview on NBC’s “Meet the Press” program on Sunday, JPMorgan CEO Jamie Dimon sought to present the loss as an innocent mistake, resulting from “errors, sloppiness and bad judgment.” Only a month ago, Dimon, who has led the public campaign by Wall Street against even the mildest restrictions on speculative banking practices, dismissed warnings over the massive bets being made by his Chief Investment Office as “a complete tempest in a teapot.”

The scale of the loss and the denials that preceded it raise the likelihood that banking rules and laws against investor fraud and deception were breached.

President Obama, however, rushed to the defense of JPMorgan and Dimon, declaring on a daytime television talk show Monday that JPMorgan was “one of the best managed banks there is” and Dimon was “one of the smartest bankers we got.” At the same time he cited the bank’s loss as a vindication of the Dodd-Frank financial regulatory bill that he signed into law in July of 2010. “This is why we passed Wall Street reform,” he said.

In fact, the JPMorgan debacle demonstrates that nearly four years after the Wall Street crash nothing has changed for the financial aristocracy. No measures have been taken to rein in the banks, which received trillions of dollars in government handouts, guarantees and cheap loans. The same forms of speculation and outright swindling that led to the financial meltdown and the worst economic crisis since the Great Depression continue unabated.

The big banks, such as JPMorgan, have increased their stranglehold over the US economy. They have recorded bumper profits by withholding credit from consumers and small businesses, keeping unemployment high, while speculating on credit default swaps and other exotic financial instruments that drain resources from the real economy. On this basis, bank executives and traders, including those at bailed-out institutions, have continued to rake in eight-figure compensation packages. Last year, Ina Drew made $14 million, and Jamie Dimon took in $26 million.

The Dodd-Frank law trumpeted by Obama is a fraud, an attempt to give the appearance of financial reform while enabling the banks to continue their parasitic and criminal activities. A case in point is the so-called Volcker Rule, named after the former chairman of the Federal Reserve and economic adviser to the Obama White House, Paul Volcker.

The rule, incorporated into the Dodd-Frank Act and supposedly one of its most daring provisions, ostensibly bars proprietary trading—speculation by a bank on its own account—by commercial banks whose consumer deposits are guaranteed by the federal government. The idea is to prevent government-insured banks from speculating with depositors’ money.

But the regulation as drafted by federal regulators—under pressure from the Federal Reserve and Obama’s treasury secretary, Timothy Geithner, as well as the banks—would actually allow the type of speculative bet made by JPMorgan in the guise of a “hedge” to offset risk in the bank’s overall investment portfolio.

The Volcker Rule, whose precise form is yet to be announced, will do nothing to halt speculation by government-backed banks using small depositors’ money.

The JPMorgan scandal also throws into relief the government’s failure to prosecute those responsible for the 2008 financial meltdown. Despite overwhelming evidence of wrongdoing and criminality uncovered by two federal investigations last year, those responsible have been shielded from prosecution.

These facts demonstrate the de facto dictatorship exercised by the financial aristocracy over the entire political system and both major parties. The Obama administration, in particular, is an instrument of the most powerful financial institutions. It has focused its efforts on protecting and increasing the wealth of the privileged elite while utilizing the crisis to permanently slash the wages and living standards of the working class.

For much of Obama’s tenure, Jamie Dimon was known as the White House’s “favorite banker.” According to White House logs, Dimon visited the White House at least 18 times, often to talk to his former subordinate at JPMorgan, William Daley, who had been named White House chief of staff by Obama after the Democratic rout in the 2010 elections.

The incestuous and corrupt relations between Wall Street, the Obama administration and the entire political system underscore the necessity for the working class to build its own mass socialist movement to fight for its interests in opposition to the ruling elite.

The bankers responsible for the financial crisis, including Dimon and his co-conspirators, must be held criminally liable for their lawlessness and held accountable for the social suffering that has resulted from their actions. The ill-gotten trillions accumulated by the banks must be expropriated, with full protection for small depositors and small businesses, and used to provide decent jobs, housing, health care and education for all.

There is no way to rein in the banks and end their socially destructive activities within the framework of the capitalist system. The only way to stop the fraud and parasitism that go on every day on Wall Street is to nationalize the banks and run them as democratically controlled public utilities.

Never forget that Bradley Manning, not gay marriage, is the issue