Why Is it Only an “Atrocity” When Other Countries Do It? 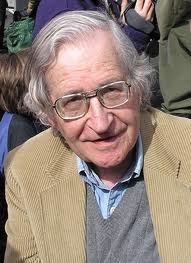 In his penetrating study “Ideal Illusions: How the U.S. Government Co-Opted Human Rights,” international affairs scholar James Peck observes, “In the history of human rights, the worst atrocities are always committed by somebody else, never us” – whoever “us” is.

Almost any moment in history yields innumerable illustrations. Let’s keep to the past few weeks.

On May 10, the Summer Olympics were inaugurated at the Greek birthplace of the ancient games. A few days before, virtually unnoticed, the government of Vietnam addressed a letter to the International Olympic Committee expressing the “profound concerns of the Government and people of Viet Nam about the decision of IOC to accept the Dow Chemical Company as a global partner sponsoring the Olympic Movement.”

Dow provided the chemicals that Washington used from 1961 onward to destroy crops and forests in South Vietnam, drenching the country with Agent Orange.

These poisons contain dioxin, one of the most lethal carcinogens known, affecting millions of Vietnamese and many U.S. soldiers. To this day in Vietnam, aborted fetuses and deformed infants are very likely the effects of these crimes – though, in light of Washington’s refusal to investigate, we have only the studies of Vietnamese scientists and independent analysts.

Joining the Vietnamese appeal against Dow are the government of India, the Indian Olympic Association, and the survivors of the horrendous 1984 Bhopal gas leak, one of history’s worst industrial disasters, which killed thousands and injured more than half a million.

Union Carbide, the corporation responsible for the disaster, was taken over by Dow, for whom the matter is of no slight concern. In February, Wikileaks revealed that Dow hired the U.S. private investigative agency Stratfor to monitor activists seeking compensation for the victims and prosecution of those responsible.

Another major crime with very serious persisting effects is the Marine assault on the Iraqi city of Fallujah in November 2004.

Women and children were permitted to escape if they could. After several weeks of bombing, the attack opened with a carefully planned war crime: invasion of the Fallujah General Hospital, where patients and staff were ordered to the floor, their hands tied. Soon the bonds were loosened; the compound was secure.

The official justification was that the hospital was reporting civilian casualties, and therefore was considered a propaganda weapon.

Much of the city was left in “smoking ruins,” the press reported while the Marines sought out insurgents in their “warrens.” The invaders barred entry to the Red Crescent relief organization. Absent an official inquiry, the scale of the crimes is unknown.

If the Fallujah events are reminiscent of the events that took place in the Bosnian enclave of Srebrenica, now again in the news with the genocide trial of Bosnian Serb military commander Ratko Mladic, there’s a good reason. An honest comparison would be instructive, but there’s no fear of that: One is an atrocity, the other not, by definition.

As in Vietnam, independent investigators are reporting long-term effects of the Fallujah assault.

Medical researchers have found dramatic increases in infant mortality, cancer and leukemia, even higher than Hiroshima and Nagasaki. Uranium levels in hair and soil samples are far beyond comparable cases.

One of the rare investigators from the invading countries is Dr. Kypros Nicolaides, director of the fetal-medicine research center at London’s King’s College Hospital. “I’m sure the Americans used weapons that caused these deformities,” Nicolaides says.

The lingering effects of a vastly greater nonatrocity were reported last month by U.S. law professor James Anaya, the U.N. rapporteur on the rights of indigenous peoples.

Anaya dared to tread on forbidden territory by investigating the shocking conditions among the remnants of the Native American population in the U.S. – “poverty, poor health conditions, lack of attainment of formal education (and) social ills at rates that far exceed those of other segments of the American population,” Anaya reported. No member of Congress was willing to meet him. Press coverage was minimal.

Dissidents have been much in the news after the dramatic rescue of the blind Chinese civil-rights activist Chen Guangcheng.

“The international commotion,” Samuel Moyn wrote in The New York Times last month, “aroused memories of earlier dissidents like Andrei D. Sakharov and Aleksandr I. Solzhenitsyn, the Eastern bloc heroes of another age who first made ‘international human rights’ a rallying cry for activists across the globe and a high-profile item on Western governments’ agendas.”

Moyn is the author of “The Last Utopia: Human Rights in History,” released in 2010. In The New York Times Book Review, Belinda Cooper questioned Moyn’s tracing the contemporary prominence of these ideals to “(President Jimmy) Carter’s abortive steps to inject human rights into foreign policy and the 1975 Helsinki accords with the Soviet Union,” focusing on abuses in the Soviet sphere. She finds Moyn’s thesis unpersuasive because “an alternative history to his own is far too easy to construct.”

True enough: The obvious alternative is the one that James Peck provides, which the mainstream can hardly consider, though the relevant facts are strikingly clear and known at least to scholarship.

Thus in the “Cambridge History of the Cold War,” John Coatsworth recalls that from 1960 to “the Soviet collapse in 1990, the numbers of political prisoners, torture victims, and executions of nonviolent political dissenters in Latin America vastly exceeded those in the Soviet Union and its East European satellites.” But being nonatrocities, these crimes, substantially traceable to U.S. intervention, didn’t inspire a human-rights crusade.

Also inspired by the Chen rescue, New York Times columnist Bill Keller writes that “Dissidents are heroic,” but they can be “irritants to American diplomats who have important business to transact with countries that don’t share our values.” Keller criticizes Washington for sometimes failing to live up to our values with prompt action when others commit crimes.

There is no shortage of heroic dissidents within the domains of U.S. influence and power, but they are as invisible as the Latin American victims. Looking almost at random around the world, we find Abdulhadi al-Khawaja, co-founder of the Bahrain Center for Human Rights, an Amnesty International prisoner of conscience, now facing death in prison from a long hunger strike.

And Father Mun Jeong-hyeon, the elderly Korean priest who was severely injured while holding mass as part of the protest against the construction of a U.S. naval base on Jeju Island, named an Island of Peace, now occupied by security forces for the first time since the 1948 massacres by the U.S.-imposed South Korean government.

And Turkish scholar Ismail Besikci, facing trial again for defending the rights of Kurds. He already has spent much of his life in prison on the same charge, including the 1990s, when the Clinton administration was providing Turkey with huge quantities of military aid – at a time when the Turkish military perpetrated some of the period’s worst atrocities.

But these instances are all nonexistent, on standard principles, along with others too numerous to mention.

(Noam Chomsky’s most recent book is ”Occupy.” Chomsky is emeritus professor of linguistics and philosophy at the Massachusetts Institute of Technology in Cambridge, Mass.)

FROM the ARCHIVES—US: Patriotic pride and fear

Wisconsin: What Happens When Movements Turn Into Campaigns

The World According to Andrei (Martyanov): Russia prepares...

The New York Times is Orwell’s...

Lucid Summations When Tomorrow Is Today...