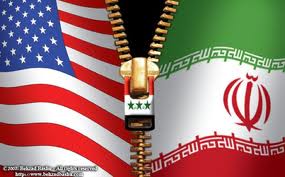 See, for instance, this bland op-ed, where we discover that “the international community is now on watch for cracks in Iran’s defiant stance: Will increased sanctions compel Tehran to make real concessions and allow for a diplomatic solution to the standoff?”
Here’s your short answer: No.

For starters, the “international community” is not the NATOGCC compound plus Israel. Not only the BRICS group of emerging powers but also de 110-plus members of the Non-Aligned Movement (NAM) — that is, the absolute majority of a de facto “international community” — are appalled at how Iran has been treated as a pariah in its negotiations with the P5+1, the five permanent members of the UN Security Council plus Germany. 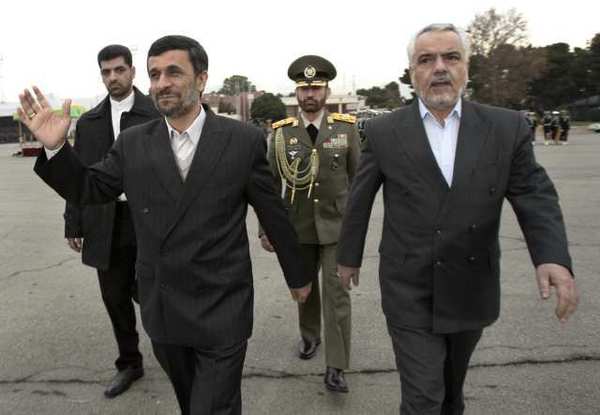 The piece goes on, noting that “the Iranians didn’t seize the opportunity” to essentially submit to Washington’s roll-over-and-die brand of diplomacy on show at the nuclear negotiations. “Instead, they demanded recognition of their right to enrich.” Of course they have the right to enrich uranium — as subscribers of the nuclear Non-Proliferation Treaty (NPT).

What makes this op-ed noticeable is that it was not written by a rabid neocon. The author is “an international affairs professor at Harvard University’s Kennedy School, a former deputy national security advisor and a fellow at the Council on Foreign Relations.” If this is a measure of the level of intellectual debate prevalent in the revolving door between academia, punditry and policymaking, US elites can’t help seeing the future as worse than the Black Death.

Now for the real world — where facts collide.

Russia favors a “step-by-step approach” in the ongoing nuclear negotiations. This means Iran would gradually increase cooperation with the International Atomic Energy Agency and, in return, sanctions are gradually revoked.

Take a long hard look at this document, leaked earlier this week by Iran’s mission to the UN. It contains the essence of the Iranian position, calling for a “long-term cooperation” that would finally demolish the wall of mistrust erected between the US and Iran since 1979.

Every informed observer and participant knows this interminable geopolitical drama goes way beyond Iran’s nuclear dossier. But a solution has to start somewhere — and the “somewhere” is the recognition of Iran’s right to enrich uranium, and then the progressive easing of sanctions.

It’s exactly the rational “step-by-step approach” favored by Moscow. The next-to-final step would be “a comprehensive agreement on collective commitments in the areas of economic, political, security and international cooperation.”

This means recognizing Iran’s sovereignty and rights — instead of demonizing and punishing it because the NATOGCC compound plus Israel abhors/fears a Shi’ite majority Islamic Republic.

It does not take a cushy job at the Kennedy School of Government to see Washington’s response will be a resounding “no.” Washington, London, Paris and Berlin — but not Moscow and Beijing — will prevent the negotiations going anywhere without Iran abdicating from uranium enrichment.

It’s crucial once again to backtrack to May 17, 2010, when Brazil, Turkey and Iran, after non-stop 18 hours of grown-up diplomacy in Tehran, reached an agreement; Iran would send its low enriched uranium to Turkey and would get enriched fuel for a nuclear research reactor.

Even some Arab countries — including GCC members — were in favor, as well as Paris. Moscow and Beijing were wary — because they saw it as Iran abdicating from its NPT rights. Anyway, the day after US Secretary of State Hillary Clinton torpedoed the deal — essentially because it allowed Iran to continue enriching uranium.

Washington “softened” up Iraq for over a decade with extremely hardcore sanctions before it could launch Shock and Awe and destroy a debilitated, fragmented nation. Regardless of the wishful thinking fog enveloping neocons and fake liberals alike, this “strategy” won’t work with Iran.

Even if Iran is now selling less oil, and even if it is de facto cut off from the international financial system, Tehran will find ways to revolve the new EU sanctions/oil embargo and drive up oil prices. China will remain a steady client — paying less for Iranian oil (in yuan) but buying more. The eurozone will not break up — for now, so its demand won’t fall.

Most of all, the Iranian Majlis (Parliament) may soon pass the bill allowing inspections of tankers carrying oil along the Strait of Hormuz to countries that are part of the embargo. Even if this amounts to routine police inspection, the effect will be to drive up oil prices. The top patsy will be — once again — the EU, confirming Brussels’ infinite capacity to act against the national interests of member states.

The Obama administration has to make a real decision; it’s either the “roll over and die” school of diplomacy, or real negotiations. Treating Iran like a pariah will only lead to a blunder equaling the Bush administration’s — whose Shock and Awe ended up with a Baghdad closely aligned with Tehran (while the US didn’t even become “the new OPEC,” as savant warmonger Paul Wolfowitz would have it).

But this will pale compared to Iran, Russia and China trading energy in other currencies (as they are already doing); the beginning of the end of the petrodollar as the pillar of global energy politics, and thus of American hegemony. Time for the Iran cracking gang to go back to school.

ABOUT THE AUTHOR
Pepe Escobar is the roving correspondent for Asia Times. His regular column, “The Roving Eye,” is widely read. He is an analyst for the online news channel Real News. He argues that the world has become fragmented into “stans” — we are now living an intestinal war, an undeclared global civil war. He has published three books on geopolitics, including the spectacularly-titled “Globalistan: How the Globalised World Is Dissolving Into Liquid War”.
His latest book is “Obama Does Globalistan.”

POISONED PENS: The Rise and Fall of Cocaine Cola