Posted on The New Yorker by Andy Borowitz 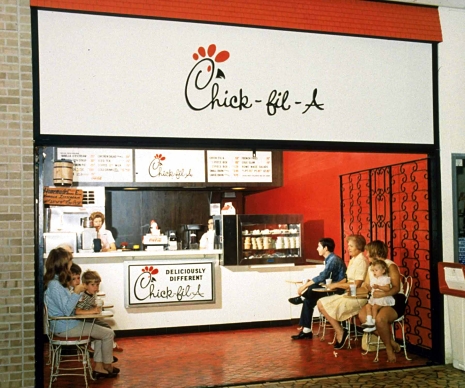 NEW YORK (The Borowitz Report)—Customers across the nation who turned out for Chick-fil-A Appreciation Day were in for a surprise, as the chicken restaurant chose today to launch a new product, Hate Sauce.

Delighted customers mobbed the restaurants to try the zesty new sauce, with many chicken fanciers ordering their sandwiches with extra hate. “It’s so spicy it makes your mouth feel like it’s on fire—like a gay couple in hell,” said Harland Dorrinson, who sampled the sauce at a Chick-fil-A in Orlando.

But even as Chick-fil-A prepared to call its new hate sauce an instant hit, it faced a challenge from an upstart rival, Wing-n-nuts.

“We think we’re going to take a big bite out of Chick-fil-A’s customer base,” said Wing-n-nuts corporate spokesperson Carol Foyler. “Their founder is anti-gay. But ours is anti-gay, anti-immigrant, and anti-woman. When word gets out about that, there’ll be lines around the block.”

Get the Borowitz Report delivered to your inbox for free by clicking here.

Saying Government-Funded Healthcare’s Too Costly is Nuts…Unless You...