Home ALERTS The 5 Most Awful Atheists

The 5 Most Awful Atheists 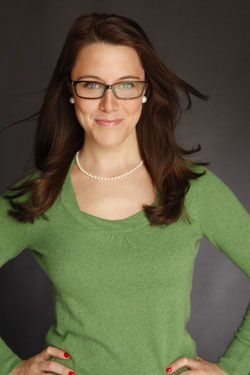 Like a fresh-baked loaf of sanity resting on the window of human possibility, atheism is on the rise in the United States. Will this growing constituency become a formidable political force before global warming decimates civilization? I’m skeptical. But according to the Pew Research Center, 1 in 5 of Americans now say they’re either atheist, agnostic, or that they simply don’t believe in anything in particular. That godless number was a scant 6 percent in 1990, and this spring roughly 20,000 atheists showed up—rain and all—at the first ever Reason Rally in DC, so, surely, despite the protestations of Texas Republicans, this newfangled thing called “critical thinking” is poised to better the national discourse, yes? Well…

The thing about the so-called “rationalist” movement in America is that disbelief in gods seems to be the only qualification to join the club. Disbelief in a supernatural creator, especially as the movement becomes more popular or “hep,” as I’m pretending the kids say, in no way guarantees rationality in matters of foreign policy or economics, for example. Many notable atheists believe in some powerfully stupid stuff—likely owing their prominence to these same benighted beliefs, lending an air of scientific credibility to the myths corporate media seeks to highlight, and thereby eroding the credibility of all atheists in the long-term. In other words: The crap always rises to the top.

So while we wait around to fully succumb to drought, crop failure, and famine, here’s a list of the five most awful atheists.

Dubbed one of the “Four Horsemen” of “new atheism,” along with philosopher Daniel Dennett, evolutionary biologist Richard Dawkins, and the late Christopher Hitchens, Harris’ atheist fame is both wholly undeserved and utterly embarrassing. Harris represents a disturbing anti-Muslim confluence between atheists and neoconservatives in this here post-9/11 ‘Murka. While it’s fine to ridicule Islam, for the oppression of women, or say, the ridiculous story about Muhammad (PB&J) flying to Jerusalem on a Buraq (a winged and inexplicably shame-ridden horse with a dude’s face), it’s quite another thing to defend torture [3] and racial profiling [4].

For a guy who purportedly came to be an atheist through his intellect, Harris routinely fails to demonstrate the faintest capacity to reason. By shamelessly trotting out the same “ticking-nuke” fairy tale as every other Jack and Jill Bauer on Fox News, he failed to notice that torture rarely produces reliable intelligence [5], and that it’s a wildly counterproductive jihadist recruitment tool [6]. And according to security expert Bruce Schneier, profiling on the basis on ethnicity is useless [7]. But for all Harris’ sometimes lofty rhetoric about science, he’s just not amenable to evidence.

Most grating, for someone who wrote a book titled The Moral Landscape, Harris’ “War on Islam” zealotry is numerically unjustifiable. You’re four times as likely to die of a lightning strike than you are from a terrorist attack [8], and yet this constitutes the gravest threat to Western civilization, but 100,000 (at least) civilian casualties in Iraq is mere fodder for thought experiment apologia. Harris is basically a low-rent Hitchens, sans wit or the wisdom to waterboard himself.

The “Real Time” host’s thinly veiled misogyny, obtuse notion that fat, poor people just need to, like, shop at Whole Foods, and self-righteous condescension in all things religious and political might be tolerable were it not for the fact that he’s on comedic par with cervical cancer. The only difference being: cervical cancer doesn’t blame its victims for failing to laugh. Compounding the unpleasant nature of Maher’s wheat-grass pomposity is that, from vaccines to the news items he discusses, he’s just not very well informed.

In ’09, he told America that getting “[a] flu shot is the worst thing you can do.” He then tried to “clarify” his Luddite remark with a piece on the anti-vax Huffington Post that conflated scientific consensus with…(wait for it)…religion!

If one side can say anything and its not challenged, then of course dissent becomes heresy in the minds of many.

No, Bill, that’s not how that works. In the same article [9], Maher commits a classic bandwagon fallacy by claiming it’s a “conversation worth having” because so many people believe vaccinations are harmful. Color me disappointed for presuming an American atheist couldn’t possibly be so myopic. But, no worries; I have a “New Rule” that should fix everything: Bill Maher has to either stop booking half-bright libertarians who rhetorically roll his uninformed ass, or he needs to start reading books. 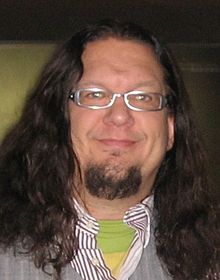 Jillette: A born social darwinist, and with a mind soaked in Randian libertarian manure, his working-class roots have not prevented a mean-spirited attitude toward the poor.

Like many skeptics, the bloviating, ponytailed half of Penn & Teller arrived at his disbelief via the world of magic. However, like giant mystified toddlers, the smoke and mirrors of economic libertarianism has the two performers completely duped. Unable to call bullshit on Ayn Rand, they used to carry a dogeared copy of Atlas Shrugged around on tour—to give you some idea. For a better glimpse into Jillette’s intellectual compartmentalization, consider this article he wrote for CNN called “I don’t know, so I’m an atheist libertarian [10].” While vast ignorance is a valid reason to be an economic libertarian, not knowing things is not a good reason to be an atheist. Jillette’s profoundly illogical explanation defies deconstruction:

Translation: If the dern gubmint would just stop overtaxing the rich at gunpoint, which is a super-accurate description of reality, then they could have enough money left over for charity, you guys! While private charity is important in America, especially because of our highly regressive gunpoint tax code, it’s demonstrably wrong to suggest that it’s an apt substitute for a just tax structure. Americans would have to give roughly 10 times what they do to cover the cost of social welfare programs. But you know how facts [11] can be. They’re not awesome like Glenn Beck [12]. Facts are all self-righteous and bullying and lazy and objectively accurate and junk. At least Teller has the decency never to speak.

While she’s to be commended for her staunch defense of women suffering under Sharia law, the Somali-born former Dutch politician’s few good deeds shouldn’t absolve her for being to Islam what Ayn Rand was to Communism. Hirsi Ali notoriously received death threats for writing the screenplay to Submission, the documentary which inspired the assassination of its director Theo van Gogh, and her ridiculous objectivist spin [13] on this tragedy was nothing short of shameful:

“[The killer] was on welfare….he had the time to plot a murder, which in the United States he would not be.”

The consummate over-reactionary, what could have been an inspiring career based on reason and social justice quickly devolved into one of neoconservative lunacy. As a former Muslim and current fellow at the American Enterprise Institute, she lends an illusion of street cred to all manner of egregious “free-market” worship, global warming denial, and Western aggression. From her call to violently “crush [14]” Islam or convert Muslims to Christianity [15] to her desire to deny Muslims their First Amendment rights under the U.S. Constitution [14], Hirsi Ali consistently demonstrates both galling hypocrisy and a stupefying lack of self-awareness. Like Rand, she’s traded one form of totalitarian dogma for another—openly contending that reason must be shunted when confronting an irrational enemy. Mission accomplished.

Pop quiz: Who wrote the book Losing Our Religion: The Liberal Media’s Attack on Christianity? Although it’s tempting to presume such dreck must be the work of a religious demagogue like Bryan Fischer or John Hagee, the answer is obviously one Sarah Elizabeth Cupp. As a devout Randroid and atheist outlier, the co-host of MSNBC’s newly minted phony-balance-media-abortion “The Cycle” is more at home bashing atheism than she is defending it—per market demand.

Like Jillette, she’s chummy with Glenn Beck because idiotic atheists and idiotic Mormons have a natural alliance. Cupp’s self-loathing-token-atheist-in-the-conservative-media routine seems so geared toward delegitimizing atheism, and selling books to fundie Fox types, that is strains credulity. She recently said [16], “I would never vote for an atheist president. Ever,” because she thinks religion serves as a “check” on presidential power.

When not claiming that imaginary things can affect real things, Cupp’s biggest passion—aside from classical dance and NASCAR, of course—is to spout moronic Americans for Prosperity talking points about the evils of “collectivism [17],” like public roads and bridges and so forth, which are ostensibly destroying the American Dream. In an atheist integrity contest, she loses to Stalin by a mustache. That’s not hyperbole; she doesn’t have a mustache.

Ian Murphy is the editor of The Beast. Feel free to evangelize him on Twitter.