Home ANNOTATED NEWS The London Olympics and the social crisis

The London Olympics and the social crisis 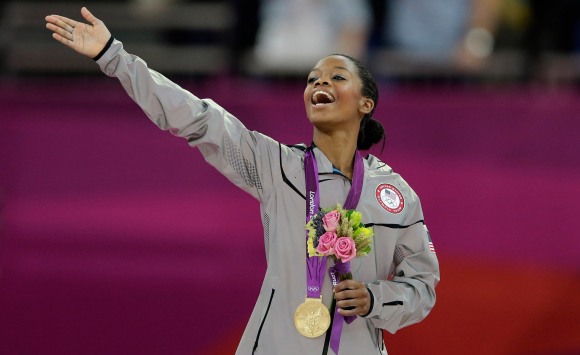 The amazing Gabrielle Douglas: within hours of her victory she was already being besieged by corporate sponsors.

The Olympic Games bring together the finest sportsmen and sportswomen in the world. No one who follows the various events can fail to be moved by the spectacular displays of athleticism and physical prowess of the competitors. The apparently superhuman character of their achievements is in reality proof of the contrary—the tremendous potentialities of the human race.

Major sporting matches, however, are inevitably coloured by broader economic, social and political factors, and none more so than this, the premier global event. There has never been a “golden age” of the Olympics and there is no justification for doe-eyed complaints about the betrayal of the Olympics’ “ideals” and “spirit” at this late stage.

It is over a hundred years since Baron Pierre de Coubertin revived the games. He did so based not merely on a belief that organised sport was a source of individual “moral and social strength,” but that physical education would better prepare [French] men to fight and win wars.

The games have ever since been refracted through the prism of nationalism and national antagonisms, most famously in the failed attempt by Hitler to utilise the 1936 Olympics as a demonstration of Aryan prowess. For most of the post-Second World War era, the Games were an arena in which the Cold War between US imperialism and the Soviet Union was fought by proxy—including the tit-for-tat boycotts of 1980 and 1984.

Even when viewed against the backdrop of this history, the past quarter century distinguishes itself for the ever more malevolent presence of nationalism and commercialism in successive Olympics.

Gold, silver and bronze medals that should be symbols of individual and collective sacrifice, dedication and attainment have long been aggregated and utilised as marks of national superiority. But this distortion has been reinforced by the grotesque amounts of corporate money invested in sport. Atlanta 1996 and Sydney 2000 were benchmarks in the commercialisation of the games, bringing with it ever higher staging costs and admission prices.

With London 2012, the baleful impact of the social, political and cultural impasse of contemporary capitalism on sport finds its most pronounced expression. Alongside stunning performances, we have seen more than a dozen athletes disqualified for illegal drug use. Another two, Greece’s Pareskevi Papahristou and Switzerland’s Michel Morganella, were kicked out for posting racist messages on social networking sites.

The games have also witnessed a match-throwing scandal, involving female badminton doubles teams from China, Indonesia and South Korea who were disqualified for deliberately losing points in their final group matches so as to secure a favourable draw in the next round.

The image of rows of empty seats continues to be a feature. At least 275,000 tickets remain unsold, including 200,000 soccer tickets. This is because many working people have been priced out of an event that has been dedicated instead to corporate junketing—including £2,012 tickets for the opening ceremony and £655 and £1,500 tickets for the close. Even less prominent events charge ludicrous sums for standard tickets—£65 for beach volleyball, £75 for women’s archery, £125 for men’s weight-lifting.

Commercial sponsors have shelled out £1.4 billion in expectation of vast returns. This is on top of the sponsorship of teams and individual athletes by the sports companies, energy drink manufacturers, et al, which ratchets up the pressure to secure medals. Sponsorship of athletes is the main reason for the ongoing plague of performance enhancing drugs.

Then there is the blanket use of Olympic symbolism in advertising, with adverts for patriotic Union flag nappies and Olympic-themed tampons among the most bizarre.

The most disturbing and significant feature of London 2012 is that it takes place behind what the British Armed Forces describe as a “ring of steel”. A fly-past by the Red Arrows, and the Union and Olympic flags being raised by members of the armed forces in the opening ceremony were reminders of the extraordinary militarisation of these games.

At a cost well in excess of £1 billion, 49,000 uniformed personnel, including 17,000 troops, have been mobilized to guard the games in the largest single mobilization of British security forces since the 1956 Suez crisis. Also deployed are the carrier HMS Ocean, fighter planes, attack helicopters and surface-to-air missiles. Not to be outdone, the US sent personnel from the CIA, FBI and other agencies to guard its athletes, police airport customs checkpoints, and establish a “threat integration center” in the US embassy.

This cannot be explained as a response to a perceived terrorist threat. London appears like a city under occupation. The global elite have descended on London to party and do business deals, and the city has been handed over to them as a virtual fiefdom. It is London’s residents—those who will foot the bill for the games even as their lives are blighted by hardship, poverty and unemployment—rather than Islamic fundamentalists whom the oligarchy considers to be a threat.

The government and the state forces have determined that the lower orders will be kept away from the proceedings and there will be no political protest or incident involving a VIP to sully the capital’s reputation as a financial and commercial centre.

The World Socialist Web Site has already drawn attention in a previous perspective column to the official claim that the Olympic spirit seeks to “place sport at the service of the harmonious development of humankind, with a view to promoting a peaceful society concerned with the preservation of human dignity,” along with “social responsibility and respect for universal fundamental ethical principles.”

Sport should belong to and be enjoyed by everyone. But, like so much else, it is appropriated and controlled by the ruling elite and denied to those who cannot afford to pay, and in the process distorted and degraded.

Every aspect of human endeavour—not just athletic, but artistic, scientific and intellectual—is threatened by and militates against the stultifying constraints of the profit system. What is intrinsically a noble and life-affirming pursuit of excellence is cheapened by being made to function as a mechanism for giant corporations and the super rich to add to their bank balances and promote nationalism.

Chris Marsden is a senior cultural and political affairs critic with WSWS.ORG.

As seen by the establishment: Oakland, the Last Refuge of Radical America

Rosa Luxemburg: What Does the Spartacus League Want?