Home ANNOTATED NEWS OpEds/The Key to Power— Emptying the churches of the Left.

OpEds/The Key to Power— Emptying the churches of the Left.

Tactics & Strategies—4th in a series

The Key to Power
Emptying the churches of the Left. 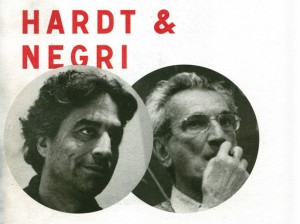 Editor’s Note: We publish this essay not so much because we agree with its arguments—we mostly don’t as we remain deeply skeptical about the power of spontaneism and leadearless revolutions to successfully confront entrenched power— but because it represents a still important strand in the thinking of many people, notably the American Occupy movement and segments of the “Arab Spring”, who yearn for a profound change in the social order.  Also, in seeking solutions to the tactical and strategic questions confronting the left, we like to ventilate all plausible points of view.”—PG

We can see the city on a hill, but it seems so far off. We can imagine constituting a just, equal and sustainable society in which all have access to and share the common, but the conditions to make it real don’t yet exist.

You can’t create a democratic society in a world where the few hold all the wealth and the weapons. You can’t repair the health of the planet when those who continue to destroy it still make the decisions. The rich won’t just give away their money and property, and tyrants won’t just lay down their arms and let fall the reins of power. Eventually we will have to take them – but let’s go slowly. It’s not so simple.

It’s true that social movements of resistance and revolt, including the cycle of struggles that began in 2011, have created new opportunities and tested new experiences. But those experiments, beautiful and virtuous as they are, don’t themselves have the force necessary to topple the ruling powers. Even great successes often quickly turn out to be tragically limited. Banish the tyrant and what do you get? A military junta? A theocratic ruling party? Close down Wall Street and what do you get? A new bailout for the banks?

Even when tempted by despair, we should remember that throughout history unexpected and unforeseeable events arrive that completely reshuffle the decks of political powers and possibility. You don’t have to be a millenarian to believe that such political events will come again. It’s not just a matter of numbers. One day there are millions in the street and nothing changes, and another day the action of a small group can completely overturn the ruling order. Sometimes the event comes in a moment of economic and political crisis when people are suffering. Other times, though, the event arrives in times of prosperity when hopes and aspirations are rising. It’s possible, even in the near future, that the entire financial structure will come crashing down. Or that debtors will gain the conviction and courage not to pay their debts.

We can’t know when the event will come. But that doesn’t mean we should just wait around until it arrives. Instead our political task is paradoxical: we must prepare for the event even though its date of arrival remains unknown.

The forces of rebellion and revolt allow us to throw off the impoverished subjectivities produced and continually reproduced by capitalist society. A movement of organized refusal allows us to recognize who we are. It helps us free ourselves of the morality of debt and the work discipline it imposes on us. It allows us to turn our attention away from the video screens and break the spell the media hold over us. It supports us to get out from under the yoke of the security regime and become invisible to the regime’s all-seeing eye. It also demystifies the structures of representation that cripple our powers of political action.

Rebellion and revolt, however, set in motion not only a refusal but also a creative process. New truths are produced.

Some of the more traditional political thinkers and organizers on the left are displeased with or at least wary of the 2011 cycle of struggles. “The streets are full but the churches are empty,” they lament. The churches are empty in the sense that, although there is a lot of fight in these movements, there is little ideology or centralized political leadership. Until there is a party and an ideology to direct the street conflicts, the reasoning goes, and thus until the churches are filled, there will be no revolution.

But it’s exactly the opposite! We need to empty the churches of the Left even more, and bar their doors, and burn them down! These movements are powerful not despite their lack of leaders but because of it. They are organized horizontally as multitudes, and their insistence on democracy at all levels is more than a virtue: it is a key to their power.

Michael Hardt is an American political philosopher and literary theorist. Antonio Negri is an Italian Marxist philosopher. This excerpt is from their latest book, Declaration.

Media Hacks: Why Our National Press Corps Is Failing the Public Abysmally

Bravo, capo! You did very well in writing the cautionary note you did for the Hardt – Negri article.

I have followed Negri’s career closely…indeed a career is what he has lived, jumping from one side of the left to the other, sneaky for the wrong reasons, spouting his philosophy of the moment and most likely betraying his so-called comrades. I, at least, came to say each time I read his name: Fuck you, Negri. He always proved, again and again, to be false and a liar, if not a traitor. I know he has made a name for himself in the USA. But he is still a great turncoat-liar. He most certainly taught revolution once. Now it’s revolt and rebellion and peaceful moments and the metaphorical suggestion of burning churches and all that shit just to make a name for himself in fashionable liberaloid circles.

And in the doing he thinks the world of himself!