Stand up 2 Cancer? Try Bow Down to Industry

In 1900, the first year from which we have health statistics about the leading causes of death in the United States, cancer was eighth on the list. Today, cancer is the second leading cause of death in this country and, any moment now, is poised to usurp heart disease as the nation’s number one killer. 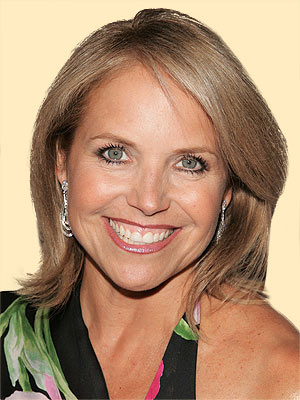 The All-American girl next door and media celebrity Katie Couric has been prominent in the campaign.

I am four years past my own cancer diagnosis, which occurred when I was 36 (and, ironically, in the midst of finishing a Master’s degree about environmental risk prevention, an interest of mine for almost twenty years). The many doctors I have visited since then all repeat the mantra that I was far too young for such an occurrence of cancer. Like most people, physicians think that cancer is an old person’s disease, and that cancer incidence is increasing due to an aging populace with an increasing lifespan. This, despite the fact that cancer is actually the second leading cause of death in U.S. adults aged 25-44, after accidents. Within four years, I and three friends, all in our 30s, had cancer. Two of us are alive. Two of us are not.

My doctors all seem to regard my cancer as simply a fluke, never inquiring about, investigating, or even considering potential causes save for “genetic predispositions.” Because I had no previous history of illness of any kind, and no risk factors (I maintain a healthy weight, exercise regularly, eat a vegetarian diet full of whole, natural foods), and because I now seem to be back to being disease free, most of the half-dozen doctors I have visited since my diagnosis do not concern themselves with the reasons why I acquired cancer. They either assume a “genetic susceptibility” and urge me to undergo genetic testing, regardless of the fact that my family history does not support that hypothesis, or they ignore the question of etiology entirely.

The population-level statistics about cancer deaths in relation to other causes of death belie the notion that cancer runs in families and that genetic predisposition is an important factor in cancer etiology. If cancer were mainly due to heritable genetics, it would almost definitely be decreasing due to natural selection. Evolution normally does not maintain deleterious genes that do not confer any known benefit. Certainly, genetic susceptibility may account for differential diagnoses among individuals and populations, but just as some people are more susceptible to cold, flu, allergies, or poison ivy outbreaks, neither these ailments nor cancer are caused by heritable factors. They could not and would not occur without exposures to certain agents.

The recent Stand Up 2 Cancer telethon aimed to raise money for cancer research, most of which goes toward studies about genetic factors related to the disease and toward treatment. As I previously mentioned, genetic factors merely increase one’s odds, but without exposure to a causal agent, they would, for the most part, be nullified. Those who study risks know the general formula of: Risk = Hazard + Exposure. In the case of cancer, genetic susceptibility is simply a hazard, without the exposure to the other underlying hazard, the carcinogen, risk is eliminated. Of course, people require treatment. But how much money does cancer treatment cost us all? What about those who cannot afford treatment? How much harm do the treatments – themselves carcinogenic – wreak?

I heard a scientist speak on the radio about how, with the advancement of cancer therapies, we will soon be more likely to live with the disease, much like people live with diabetes. But what happens when we use up our natural resources needed to provide such therapies? While our society seems concerned about what might occur when our energy resources are exhausted, we seem to forget about the many other resources we so mindlessly consume, as if there exists an endless supply. They are not never-ending. What happens when we run out of the chemicals needed for chemotherapy or radiation therapy? Although this scenario is still quite distant, it is far from implausible. When this occurs, will we be left with a world rife with often long-lasting carcinogenic pollutants and no means to deal with their effects on our health?

When not implicating heritable genes, we like to attribute cancer to lifestyle factors, particularly obesity, but obesity is merely related to cancer in that it increases the body’s ability to store carcinogens, in adipose tissue (i.e., fat cells). Likewise, poor diet increases exposure to potentially carcinogenic agents in food, and along with lack of exercise, decreases immune and endocrine function, which help the body prevent and rid itself of cancer. None of these lifestyle factors are a direct cause of the disease.

While some carcinogenic agents are naturally occurring, the vast majority are now man-made. Though we know what causes cancer – ionizing radiation (e.g., nuclear radiation), non-ionizing radiation (e.g., ultraviolet light from the sun), chemical agents (e.g., polycyclic aromatic hydrocarbons), biological agents (e.g., human papillomavirus), and materials (e.g., asbestos) – we rarely talk about avoiding and abolishing the causes, save for sun exposure and viral agents. Why do we work on remediation rather than precaution? Clearly, it is because every other known cause is explicitly linked to capitalism and industry. No one is allowed to disrupt the corporate industrial machine. It is verboten to speak ill of the main drivers of the economy, which coincidentally, are also the main drivers of human (and other biological) death.

So, while the celebrity contingent of the 1% are on TV asking us 99% to donate our hard-earned and paltry wages toward cancer research, we might want to think about why we are not being asked to contribute to cancer prevention. And to be clear, prevention is not equivalent to detection. Mammograms (also carcinogenic) and colonoscopies, for example, merely detect breast or colon cancer. They do not prevent oncogenesis. Prevention means, at the very least, the elimination of the carcinogenic exposures, and at best, the eradication of cancer-causing agents themselves.

Kristine Mattis is a teacher, writer, scientist, activist, and agitator. She is currently a PhD student in the Nelson Institute for Environmental Studies at UW-Madison. Before returning to graduate school, Kristine worked as a medical researcher, as a reporter for the congressional record in the U.S. House of Representatives, and as a schoolteacher. She and her partner blog when they can at www.rebelpleb.blogspot.com

ADDENDUM
The Stand Up To Cancer media barrage, the official story (WIKI)
As anyone can see, given the excessive media coverage, this effort is dear to the priggish establishment players behind it. Whats more, from their capitalistoid perspectives, it is the thing to do, and woe to those who find fault with it.

Stand Up To Cancer (SU2C) is a charitable program of the Entertainment Industry Foundation (EIF) established by media, entertainment and philanthropic leaders who have been affected by cancer. SU2C aims to raise significant funds for translational cancer research through online and televised efforts. Central to the program is a telethon that was televised by three major broadcast networks (ABC, NBC, CBS) in over 170 countries on September 5, 2008. SU2C made over $100 million after that evenings broadcast.

ARCHIVES: More Jobs are Not the Solution; the Earth Needs Fewer