Failing the Test: Why Obama and Pennsylvania Gov. Corbett Must Go

By DAVE LINDORFF
Just because someone has the ability to do something, does not mean he or she should do it. 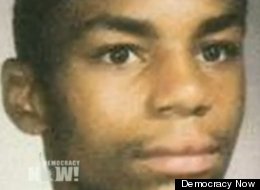 Terry Williams: a victim twice over?

We have two examples of such a situation before us at the moment: President Barack Obama and Pennsylvania Gov. Tom Corbett.

Here in Pennsylvania, Terry Williams, a man who has been living on death row for three decades after being convicted murdering two men when he was just 17 and 18, is slated to be executed October 3. He has exhausted his appeals and his family, his attorney, and even the wife of the man he killed, are asking the states governor and former attorney general, Republican Tom Corbett, grant him clemency. Why? Williams was repeatedly raped by his two victims, beginning when he was only a 13-year-old boy.  It’s ironic that the same Gov. Corbett who turned a blind eye to Penn State serial boy rapist and football coach Jerry Sandusky is now, at least so far, allowing this obscene execution to go forward. Corbett signed the death warrant for Williams’ execution early this month.

Then we have President Obama. Last fall he signed into law the Constitution-shredding National Defense Authorization Act (NDAA), which includes a provision allowing the military, inside the United States, to arrest and detain indefinitely without trial American citizens. He initially assured the public that he would not use that tyrannical power as president. Not wanting to trust that all presidents would say the same thing, a group of journalists and other plaintiffs then filed suit in federal court, claiming the law was unconstitutional (the sixth amendment to the Constitution, part of the Bill of Rights, guarantees to all people — not just citizens — the right to a “speedy and public trial, by an impartial jury”).

Two days ago, Federal District Judge Katherine Forrest issued a permanent injunction in New York declaring that the provisions of the NDAA which allow for the kidnapping and indefinite detention without charge of American citizens were permanently enjoined because they were unconstitutional. That could have been the end of it, but late yesterday, after newspaper deadlines passed and after the evening news programs had run, the White House appealed that ruling.  The president who says he would never use this horrific law is fighting in court to overturn the decision declaring it unconstitutional!

There are lines that should never be crossed, and here are two of them. A boy who kills two men who had repeatedly raped him and whose jury was not even told about that abuse, should not be executed, or probably even jailed — certainly not for 30 years — in a civilized society.  And a president, sworn to uphold and defend the Constitution of the United States, should not support, much less actively battle in court to defend, a law that undermines, fundamentally, that founding document.

ABOUT THE AUTHOR
Dave Lindorff is a  founder of This Can’t Be Happening and a contributor to Hopeless: Barack Obama and the Politics of Illusion, published by AK Press. Hopeless is also available in a Kindle edition. He lives in Philadelphia.

AN INTERVIEW WITH JESUS

The Job Crisis, the “Unemployable,” and the Fiscal Cliff