Home AMERICAN STUDIES Opeds:The Cry for Meritocracy (for Some)

Opeds:The Cry for Meritocracy (for Some) 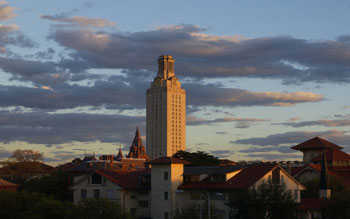 On October 10th, 2012, The Supreme Court began hearing the case of Fisher v. The University of Texas. Abigail Fisher, the Petitioner in the case, is a young white woman who was denied entrance to the University of Texas in 2008. Fisher alleges that the unfair use of race as a factor in the University’s enrollment policies prevented her from access to her top-pick school. UT contends that the methods it uses align with the established laws for universities to attain and maintain diversity.

The University of Texas at Austin campus, like all other universities, is barred from using point-based racial quotas, that is, percentage figures for acceptance of students of any race. In order to diversify campuses, it, along with the other Texas universities, has employed the use of other methods, methods declared constitutional through past Supreme Court cases. One method the Texas schools use to promote on-campus diversity is the 10% law. The 10% law guarantees the top 10% of graduates from any Texas high school automatic entrance upon application, race regardless. In this way, students from underprivileged schools have access at the same rates as those from high tax base high schools. The 10% law makes no mention, and takes no account of race specifically. Students admitted under the 10% law make up the majority of the University of Texas Austin’s student population; the percentage was 81% in the year Abigail Fisher applied (LDF). The remaining slots are then opened for applicants who didn’t make the 10% cut and those applicants are considered through a Holistic Review Process. It is the Holistic Review Process that is under fire in the current Supreme Court case.

The Holistic Review Process considers the applicant’s academic history, G.P.A. and test scores, leadership abilities, extracurricular activities, socio-economic status, and many other factors, including race or ethnicity. While racial quotas are not legally allowed, the factoring in of race, in balance with other factors to promote campus diversity is. The review has no strict number points given to each factor; it is a loose system allowing for students of different interests, backgrounds and experiences to fill the remaining slots (LDF).

The University of Texas, like many Southern universities, does not possess a shining record when it comes to attracting people of color. In 2010, not exactly ancient history, the University responded to staff and student demands to rename Simkins Hall. William Simkins was a former law professor at the University, teaching from 1899 to 1929. He was also a leader of the Ku Klux Klan, whose chapter was responsible for the lynching of 25 former slaves post-emancipation (Guiner). The original naming of the hall for Simkins took place in 1954, the same year segregation was outlawed. Well after the Brown v. Board of Education decision, the campus employed the use of specific testing procedures designed to prevent black students from attendance and barred them from athletic programs and extracurricular activities (Guiner). The atmosphere at the University throughout history has been hostile toward people of color. Still today, there are numerous monuments throughout the campus honoring confederate soldiers and segregationists.

Minority students have not received the warm campus welcome that Abigail Fisher’s parents enjoyed at the University.

Abigail Fisher had hoped, and what’s more, she had expected, to attend the University of Texas. Abigail’s legacy as the child of UT graduates gave her this expectation, and in many schools, that expectation is honored through what is known as legacy status. Legacy status gives special consideration to the children of alumni, and in some cases, the Grandchildren. Colleges created the legacy status consideration in response to a diversifying nation. It was, and continues to be, a measure used to ensure white racial privilege. Any amount of legacy an applicant holds increases the odds of admission to the colleges that consider it. In an elite school, a primary legacy (a situation in which the applicant’s parent obtained their undergrad degree through the institution) increases an applicant’s odds compared to a non-legacy applicant by as much as 45%. A secondary legacy (another relative such as a Grandparent, Aunt, or sibling obtained the same degree) gives a 13% advantage (Huffpost). Legacy status factors in for admission in ¾ of the special research universities and nearly all liberal arts schools (Kahlenberg). In the U.S., almost 90% of top colleges employ the use of Legacy preferences, and Legacy students make up 10-25% of the student population at these institutions (Bloom). At Princeton, 34-47% of legacy applicants have been admitted each year over the course of the past 17 years (Thean). Ms. Fisher had good grades, Achieved a pretty good score on the SAT, participated in extra-curricular activities, and she had a “hook” with her legacy status. Acceptance was in the bag, so she thought.

But the University of Texas doesn’t weigh legacy for enrollment as heavily as some schools do and if it had, the Supreme Court, you, and I, would never have heard the name Abigail Fisher. While whites claim reverse discrimination, argue for meritocracy and debate the legality of diversification methods, the legacy preference, which overwhelmingly benefits whites and has none of the justification that Affirmative Action has behind it, is not only accepted, but is warmly embraced. Ms. Fisher is not upset because she believes other applicants’ race gave them the upper hand. She is upset because for once, hers didn’t.

“At Texas A&M, 321 of the legacy admits in 2002 were white, while only three were black and 25 Hispanic. At Harvard, only 7.6 percent of legacy admits in 2002 were underrepresented minorities, compared with 17.8 percent of all students. At the University of Virginia, 91 percent of early-decision legacy admits in 2002 were white, 1.6 percent black, and 0.5 percent Hispanic.” (Kahlenberg)
Abigail Fisher’s argument is that enrollment should be based on merit. But the argument falls flat when you consider that it was her lack of merit that prevented her entrance to her first choice college. You see, Ms. Fisher was a good student but not a top student, and not the kind of student the highly academic university seeks out. Her G.P.A. was 3.59 (out of 4.0), which put her within the top 12% of her high school class (Carter). Compared with students enrolled in the university, her G.P.A. fits somewhere in the bottom half (Cleveland). Her SAT score was 1180 (out of 1600), not high enough to make up for not falling in the top 10%, and rather low compared with the University average. In short, her academic achievements were not high enough to grant her automatic enrollment, and her G.P.A and SAT scores, personal achievements and legacy status weren’t enough to boost her up through her second chance at entrance, the Holistic Review (Cleveland). And let’s not forget: despite the lack of weight her legacy status held, Ms. Fisher’s chances were still positively affected by her parental alumni, through the soccer team membership and oboe lessons her family was able to provide her with; factors that did increase her chances of admission, but alas, not enough.

I have no personal ill feelings toward Abigail Fisher. If I remove the factor of this court case (and its entitled viewpoint), she reminds me of my own daughter. She also maintains a very good, but not tip-top G.P.A., while balancing playing on the soccer team and in her high school’s jazz and pep bands. She works hard. Both girls possess a quiet, serious demeanor. Both are assertive about standing up for their beliefs, a trait I admire in young people and especially enjoy seeing in young women. My daughter is not all that unusual; in fact, her accomplishments are pretty typical of the kids in our neighborhood school. She understands the competition, and understands that she will have to go above and beyond to assure herself a place in regards to college admission, and life.

There is something missing in Ms. Fisher’s understanding of wrongdoing, of how she was damaged by the University’s policies. Although she has graduated from the University of Louisiana and is now, at age 22, working as a financial analyst, she believes that she lost the opportunity of contacts she might have had through the University of Texas. She believes that her inability to network with the proper people will have a financial impact on her life. She believes that the effects of the rejection will be ongoing and cumulative. -Sound familiar? But she is unable, like most whites, and like the conservative judges deciding the case, to see the connection.

It is my hope that when the time comes, my daughter will be accepted into a good college based on the merits she has earned and nothing more. It is also my hope that one day in the U.S. we won’t have to seek out diversity on college campuses, that the population of minority students on campus becomes a natural mirror to that of the off campus world. Until that day arrives, the programs that are currently in place ensure that we don’t slip back to the days when the only people with the right networking contacts are the people who look like Abigail Fisher. Days, which at the University of Texas, were not so long ago.

Distant rumblings—’Kill the Yankees’ a Mantra of Counterculture

Ethan the Dog Poisoned, Buried and Brought Back To Life