Home ANNOTATED NEWS NORWAY, SCOTLAND, AND WHY I WAS WRONG ABOUT THE ARC OF INSOLVENCY 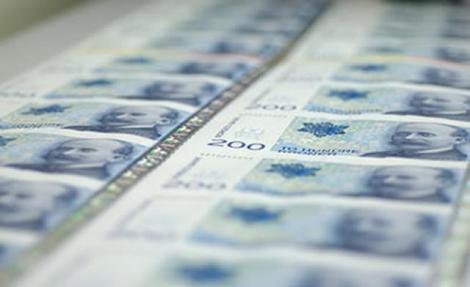 Last week Iain Macwhirter wrote an excellent article ‘Face reality: We could be as prosperous as Norway.’  It was a must read essay, not least because it was written by the journalist who coined the term “the arc of insolvency” in relation to Iceland and Ireland after the 2008 banking crash.  Interestingly, Macwhirter is now dissociating himself from the widely used, albeit inaccurate, meme. The information in his article needs to be discussed and disseminated in Scotland as widely as possible which is why we’re re-blogging it here.  Iain Macwhirter has also re-blogged it on his excellent Now and Then blog with a new title for the article.  We’re going with the new title.

Norway, Scotland, and why I was wrong about the arc of insolvency
by Iain Macwhirter, Bella Caledonia
SUGGESTED BY PAUL CARLINE

It was only ever one side of the story. While some neoliberal small nations exploded because of their irresponsible banks, the rest of the Nordic arc – Denmark, Sweden and Finland – passed through the eye of the storm largely unscathed. Certainly, in Norway, where I have been hanging out this week, there is no sign of any financial hangover from the great crash.

Oslo is, as usual, a building site. There can be few cities outside south-east Asia that are so obviously booming. Unemployment here is very low, salaries are very high, beer is ruinously expensive at £8 a pint – though that doesn’t seem to stop people going to the pub. Even the banks are doing well in Norway, largely because they didn’t get caught up in the property madness that exploded Iceland and Ireland.

Deficit? Nonexistent – Norway has the largest budget surplus of any AAA-rated nation in the world. Growth is “only” 3.7%; inflation is 1.4%; unemployment at 3.3% is the lowest in Europe and poverty is almost too low to measure. This is a country which regularly tops the global quality-of-life indexes. So what is the secret? Why has Norway been largely immune to the economic crises that left countries like Britain as debt zombies, kept going only by zero interest rates and money printing?

Well, oil for a start. Norway is Europe’s largest exporter. Mostly the revenues have been parked in the Norwegian sovereign wealth fund, which is now the third largest in the world and worth $500 billion. The government is only allowed to take a tiny amount out each year, so this wealth accumulates without generating inflation.

When you visit Norway you really appreciate how giddily altruistic the Scots were in the 1970s and 1980s – giving their oil away in exchange for the Barnett handout and a couple of savage industrial recessions. The Scottish people were the ultimate ragged-trousered philanthropists: the only nation, region, principality or state in the world to have discovered oil and never to have directly benefited.

The oil is running out, of course, but there’s still “enough” as Norwegians like to say, and gas is all over the place. Norway is now the second largest gas exporter in the world. There is much anguish in Scotland about how North Sea oil is a “sunset industry”, and how no country can depend on a diminishing natural resource. But it can be a pretty long sunset. It might surprise people in Scotland to learn that Norway does not put its economic success down to natural resources but to social solidarity.

Norway is one of the most egalitarian of countries. In 2010, 95% of Norwegians earned less than £50,000 a year, and they have one of the flattest income distributions in the world. They look with horror on countries like America and Britain where millions are in poverty while the top 1% get richer and richer. They believe that low wages damage the economy – and they are right.

In Norway, pay is still mostly negotiated centrally by a tripartite arrangement of unions, government and business. It sounds like something out of the 1970s and probably is. But Norwegians feel this corporatism works well in a small country of five million people and that social solidarity is not incompatible with economic dynamism. The state in Norway doesn’t have to spend billions on tax credits to subsidise low pay because firms pay decent wages. And because labour costs are inelastic, Norwegian companies have a strong incentive to grow by innovation in productivity.

Compare and contrast with Britain where productivity is flatlining as employers cut wages to keep going through a triple downturn.

Also, consumer demand in Norway is steady and predictable because people feel secure and able to spend for the future. Thus you don’t get the debt cycle of boom and bust that happens in Anglo-Saxon countries such as Britain and America where people had to borrow to maintain living standards and are now cutting back, burdened by debt. Effective demand is stable in Norway so companies can invest with greater security.

There are so many lessons for Scotland here, it’s hard to know where to begin. Obviously, if Scotland had benefited from its oil wealth since 1970 it would be a very different country to the one it is today. It is doubtful whether we would still have some of the worst mortality rates for middle-aged people in Europe, as the Glasgow Centre for Population Health reported this week. Also, Scotland is not backward or naive in favouring collective solutions like free higher education and elderly care, which are all regarded as essential pillars of the Norwegian welfare state. The feel of Norwegian society is very much like Scotland, in terms of social expectations and outlook. Looking at Norway today, it is hard to argue that Scotland could fail to be an extremely successful independent country, were the Scots to vote Yes – though they don’t seem to minded to take this option.

Once independent, Scotland would probably find a place as one of the energy-rich small nations of the true arc of Nordic prosperity. As for the debate about Scotland in Europe, Norway is of course not a member of the European Union and has its own currency, the krona. The Norwegians stayed out of the EU largely on the grounds that it was too right wing – a proposition that astonished the Tory Eurosceptic former defence secretary Liam Fox on a visit here last month. Norway is one of a block of Nordic currencies including Denmark and Sweden that kept the krona though they are in the European single market. Which confirms there are many ways small countries can relate to the EU, and to neighbouring countries.

Norway isn’t that much engaged with Scottish independence. Most people still call the UK “England” – the country that helped liberate Norway from the Nazis. They are intrigued at the prospect of a referendum on independence. In 1905, the Norwegians voted to dissolve the union with Sweden by a margin of 99.5%. Only 184 people voted No.  So, perhaps a little way to go yet, Alex.

ABOUT THE AUTHOR
Iain Macwhirter is the award-winning political columnist for the Herald and Sunday Herald. He has been a political broadcaster for over 20 years, in Westminster and Holyrood, and is former Rector of Edinburgh University.

Iain Macwhirter’s Now and Then blog

Cory Booker: The Second Coming of Obama – Only Worse