US desperately tries to set Ukraine against Russia

Editors’ Note: While the American people know little and understand practically nothing of what their leaders do in their name, many in Russia and the Ukraine have a clearer picture of what America is up to in the region, and they don’t like it. Only a better informed and politically mobilized public can stop the warmongering and meddling of US imperialists across the world and their obsessive provocations of Russia in her own den. 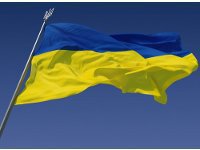 Yet again the U.S. is trying to clash Ukraine and Russia. Former U.S. Ambassador to Ukraine Steven Pifer is concerned about Ukraine’s possible rapprochement with Russia, believing that it will do the country irreparable harm. Ukraine’s integration with the EU is supposedly much more attractive. What kind of game have the official Washington and grey cardinals of the White House started?

In the 1990s, a new international habit was formed. Many believe that all more or less important issues of global politics can only be solved with the approval of Washington. This opinion did not appear out of the blue. With the collapse of the Soviet Union, the United States of America remained the only superpower in the world.

When Europe was gathering strength, and before China reached its present power, the U.S. dollar was the world’s sole reserve currency. If Washington issued a sentence to any country, such as Yugoslavia, it was doomed, despite the opinion of the country’s population and the position of less powerful players.

The omnipotence of the U.S. was particularly noticeable in the newly independent states of Eastern Europe and the former Soviet Union. Often, the most powerful political player in these countries was not the official leader of the government (legitimate or not), not the Prime Minister (an ambitious or technical one), not the opposition leader (democratic or nationalist), not the Speaker of the Parliament, but the American ambassador. This happened because the Ambassador was not only a diplomat, but a representative of the United States government. A decade ago, the U.S. without doubt was the global leader and unparalleled global hegemon.

But let us look at the current state of affairs…

Former U.S. Ambassador to Ukraine Steven Pifer said that the rapprochement with Russia instead of integration with the European Union would do much more harm to Ukraine than the West. He made this statement in an interview with Ukrainian Tyzhden. The interview was published the day after the cautious statement by the Ukrainian Ambassador to Russia Volodymyr Yelchenko made at the meeting with Moscow students. The statement concerned a hypothetical possibility of Ukraine joining the Customs Union (in the future, under certain circumstances).

Pifer said in an interview with Ukrainian Tyzhden that he knew very well that there were people in Ukraine who thought that the West was so concerned about the possibility of transition of the country into the Russian sphere of influence that it was ready to forgive anything. He added that this was not the case and that he did not think that Ukraine wanted to be part of Russia that much.

He said that according to some geopolitical calculations the country’s existence in the Russian sphere of influence might not be beneficial for Europe. However, the Europeans are not really worried about it. He added that a closer relationship with Russia instead of integration with the EU would do more harm to Ukraine than the West.

The former U.S. ambassador to Ukraine may be hinting at something of the following nature: Paul Wolfowitz, who was then an adviser to the U.S. president for security, was quoted by The New York Times on March 8, 1992 saying that the main strategic objective of the U.S. was to avoid the creation of a major strategic unit able to conduct policy independent of U.S. on the territory of the former Soviet Union. At the same time, a long-term U.S. foreign policy strategy with regard to the entire Eurasia was formulated that was to prevent the formation of a strategic force on the continents capable of opposing the U.S.

Of course, one can say that Wolfowitz’s wording is only a personal opinion of an eccentric presidential adviser, one of many. In fact, one could argue that over the past 20 years, the Presidents of the United States listened to the opinions of very different advisers. As a result, the United States over the years contributed to the establishment of democratic order in different parts of the world and economic prosperity in the objects of its foreign policy.

Of course, much depends on the subjective perception. Pifer, for example, doubts that Ukraine wants to be part of Russia. This is, obviously, not the point. There is an issue of a closer cooperation, particularly in the economic sphere. Let’s try to find out whether the subjective feeling of the former U.S. ambassador to Ukraine reflects the objective reality.

Recently, the Kiev International Institute of Sociology (KIIS) and the Russian Levada Center published the results of a joint survey. It turned out that, compared to a survey conducted in February of 2012, there was a slight decline in the warm feelings towards Russia in Ukraine – from 86 to 83 percent.

Not surprisingly, Ukrainians who favor Russia the most favorably are concentrated in the South (91 percent) and East (90 percent) regions, and fewer in the western region (63 percent). At the same time, in the Central region 87 percent of the population favors Russia.

The attitude of Russians towards Ukraine, on the contrary, has changed significantly over the last six months. The number of Russians who feel positive about Ukraine increased by ten percent – from 64 to 74. But these numbers are not essential because the category “feel good / bad” is volatile. The other part of the study related to specifics is much more important.

Both in Ukraine and Russia the majority of respondents would like to see both countries as independent but friendly states with open borders without visas and customs barriers (in Ukraine – 72 percent, in Russia – 60 percent). In Ukraine, the number has increased over six months by three percent, in Russia it remained unchanged. The number of Russians who would like to have more isolated relations with Ukraine, compared to February, decreased (from 20 to 14 percent). In Ukraine, there was a slight decrease in this number – from 13 percent in February to 11 in September.

In other words, the overwhelming majority of both peoples want closer relations between the countries. The political elites of both countries should not ignore this fact.

Who would not benefit from the integration of Russia and Ukraine? Could it be the U.S. State Department and its former representatives in Ukraine?

Two things are possible – either the U.S. Department of State is mistaken, or long-term interests of Washington do not coincide will those of the majority of citizens of Russia and Ukraine. On the other hand, why is it their business? Ain’t Nobody’s Business, as they say in the States. Russia and Ukraine can deal with each other on their own.

Read the original in Russian

{OpEds} Super-etatism and Socialism: Towards a Statement of the Problem