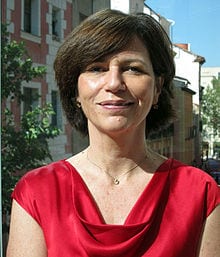 So when my friend Keane asked me to write a guest post exposing the U.S. media’s horrid coverage on Latin America, I thought I’d help out by injecting a little humor into this space. But how, I wondered, can the subject of misreporting Latin America be funny? And then, like a banana creme pie to the face, Wall Street Journal op-ed writer and human editorial cartoon Mary Anastasia O’Grady came to mind.
Mary Anastasia O’Grady – Wikipedia

It’s been a while since I last read one of O’Grady’s editorials. The last time I had the misfortune, the blistering idiocy I encountered spurred me to read the two books she had mentioned and write dozens of pages about them. After that attempt to restore a bit of karmic balance to the universe that O’Grady had blithely upset, I relegated her to the back of my mind: arranged, according to degree of intellectual respectability, next to North Korean reports of Kim Jong-il’s sporting prowess.

And there O’Grady remained. The problem with her is that as soon as she starts writing in defense of some Latin American oligarchy or other, the blood of campesinos starts gushing out from between her lines—and the often hilarious lies she tells just aren’t enough to soak it all up. But her weekly attempts to whitewash bloodstained rightwingers in Latin America or explain why Fidel Castro is, like, the worst terrorist ever in the universe, just passed under my radar, no more noticeable than an official press release detailing how Jong-il’s reanimated corpse had scored a triple-double playing solo against the Lakers, or whatever. But then, I discovered that O’Grady recently bad-mouthed Chilean activist-heartthrob Camila Vallejo. My reaction was: “Aw hell no she didn’t!” (That’s not to say that I make all such decisions on this superficial basis.)
Camila Vallejo – islamiacu.blogspot.com 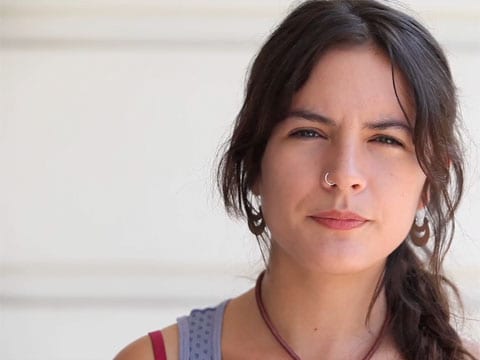 In the recent editorial assault she initiated against Vallejo, and by extension, the entire student movement in Chile, O’Grady is in typical form: completely unmoored to reality, yet arrogantly self-assured. The combination is just precious. She starts with the claim that “for decades, Chile has been intellectually swamped by leftist ideas.” Whoa! Really? Swamped? For how many decades, Mary? Just a few decades back, espousing leftist ideas in Chile might have led to your mutilated corpse being found in a swamp—perhaps that is the connection O’Grady was going for? Because back when her ideological soulmate Augusto Pinochet was running the country, espousing leftist ideas would subject you to the kinds of torture that Bret Easton Ellis would later write into the fevered imagination of the main character in his American Psycho, a misogynist psychopath serial killer and torturer. One might infer from O’Grady’s portrayal that Chilean Psycho and former dictator Pinochet was not only unsuccessful in reducing the spread of leftist ideas in Chile, but somehow he allowed for them to “swamp” Chile. Surprised by this, I checked the source that O’Grady cited and . . . oh wait—she didn’t cite anything. I guess I’ll just trust her.

One paragraph later, O’Grady writes, “Chileans aren’t interested in communism.” Gee, they’re swamped by leftist ideas . . . but they aren’t interested in communism. Chileans must be extremely interested in anarchism instead! But how does O’Grady know that Chileans are so enamored of Bakunin and Proudhon that they “aren’t interested in communism?” Well, it’s because upon returning home after a trip to Cuba during which she said a few nice words about Fidel Castro, Camila Vallejo “looked like a Castro stooge” to all Chileans, “and her popularity dipped.” I tried in vain to find a Chilean polling firm that tracks student activist Vallejo’s approval rating, until I realized that it was exclusively monitored by respected pollster Mary-Anastasia-O’Grady-Pulls-It-Out-of-Thin-Air, S.A. (traded on the Santiago Stock Exchange under the ticker symbol: BLSHT).

Rebuffed by the precipitous drop in her closely-tracked approval ratings, student activist Camila Vallejo apparently then decided, according to O’Grady, to turn instead to . . . student activism. As O’Grady explains, student activism “is a safer route for a rising demagogue” (and student activist). But while saying anything positive about world’s-worstest-terrorist-ever-in-history Fidel Castro is awful, protesting for free higher education is almost as bad, according to O’Grady. It’s all about the sickening “middle-class sense of entitlement.” Ew, yucky! The filthy rabble, what with its sense of entitlement to free, government-provided things like education, not to mention roads, sanitation systems, water and the like.

Even an analysis offered by the neoliberal magazine The Economist noted that Chile is the most unequal country in the Organization for Economic Cooperation and Development, a group of 31 rich countries. The magazine goes on to assert that Chile’s “education system has locked in social inequality rather than breaking it down”—nevertheless, O’Grady does not think that popular dissatisfaction with student loan debt and a constantly rising cost of tuition has anything to do with President Sebastian Piñera’s “dismal 29% popularity rating.” (This rating is computed by really-existing pollster Adimark, a competitor of Mary’s BLSHT.) No—according to O’Grady, what is holding Mr. Piñera back from wide popular acclaim is that he raised corporate taxes one time, and on another occasion he bowed to public pressure from environmentalists and canceled the construction of a coal-fired power plant. (Yes, coal—the fuel of the 21st century.) Fortunately for him, he doesn’t always do what “the people” want. O’Grady says that his “technocrats might be congratulated for holding free university education at bay considering the political pressures.” Bravo, Mr. Piñera—that’s the way you’ll get your popularity up! Just keep ignoring political pressures from like, democracy and stuff.

So what is O’Grady’s prescription? She thinks that Piñera should become a champion of “liberty.” Yay, liberty! You mean, the liberty to get an education even if you (unlike O’Grady) were not born in an affluent suburb of Philadelphia? Oh hell no. She’s talking about economic liberty, the liberty to do whatever you want with the money you have, governed only by what O’Grady calls “the morality of the market.” Ah yes, blessed be The Market, and hallowed be its holy name! Now if you’ll excuse me, I have to go meet with my trafficker to discuss how much “economic liberty” I can get on the black market for selling some kidneys I bought from slumdwellers in Rio.

In the end, what does this Wall Street Journal columnist’s attack on Chile’s student movement mean? I’ll leave the last word to the defense. Camila, what do you make of the attacks on you by the likes of people such as Mary Anastasia O’Grady?

“They’re afraid, terrified,” said Vallejo recently to The New York Times. “But when the dogs snarl, that’s a sign that we’re advancing and advancing well.”

Peter Beattie is a lawyer and writer based in New York City.

Django: Blowing the Pulp Out of Dixie