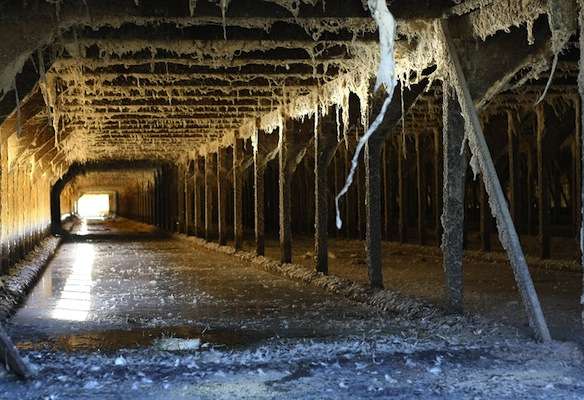 Horrendous crimes like these are routine in factory farming, where animals, protestations aside, are not even seen as living beings worthy of the most elementary consideration. Each of us must look into his or he heart and ask: where is our compassion? How far are we gone into this ocean of cold indifference and self-inflicted ignorance that we fail to react at all to such massive suffering? —Eds.

In February 2012, a company called A&L Poultry near Turlock, CA abandoned 50,000 battery-caged hens to starve to death. Most of the birds died in their cages or were “euthanized” – “killed by state authorities using carbon dioxide gas chambers.”*

Animal Place Sanctuary in Grass Valley did a huge rescue. They saved 4,100 hens from starvation. They found good homes for most of the hens and kept those who could not be adopted in their Vacaville sanctuary.

Today I (Karen Davis) spoke with Animal Place’s Executive Director Kim Sturla about the felony charges. Kim is elated. She said: “That chicken farmers in an agricultural region like Central California, where Turlock is located, would be charged with felony cruelty to chickens is amazing, unheard of! Prosecutors saw that people cared deeply about these birds and wanted their owners to be held accountable!”

Animal Place is making a documentary film about their excruciating rescue and rehabilitation of the Turlock hens.

Last February, UPC posted an alert about Animal Place’s emergency response as their rescuers struggled to hurriedly pull thousands of starving, terrified hens out of the filthy cages, truck them to Vacaville, and provide them with the immediate food, water, straw, medicine, and compassionate care the hens desperately needed.

In “The Turlock rescue – a year later” in the Spring 2013 Animal Place Magazine, Kim explains that the rescue “took its toll both emotionally and financially for Animal Place. . . . And for many of our staff and volunteers, it was incredibly difficult watching hens who were too far gone die and knowing that so many more suffer on egg farms across the globe.”

Kim Sturla is a speaker and Animal Place (www.animalplace.org) is a cosponsor of our Conscious Eating Conference in Berkeley, CA on Saturday, April 6. We hope you will be there to meet Kim and hear her deeply moving story about saving the Turlock hens and what sanctuaries are learning and teaching people about the emotional world of chickens and other farmed animals. To learn more about the conference, click on www.upc-online.org/alerts.

*Claims that carbon dioxide gassing produces a humane death conflict with evidence showing that CO2 induces severe breathing distress in birds and mammals along with panic and pain. A poultry worker told UPC in 2011 that the CO2 gassing of “spent” hens in metal boxes and the beating to death of birds who survived the gas, which he observed take place at a “cage-free” egg farm in Virginia, in December 2009, was “the worst cruelty I ever saw.”

Obama Inherits and Normalizes the Arrogance and Impunity of Nixon, Reagan and Both Bushes

The Scams and Sexism Hidden in Your Cable Bill

Wonderful step forward for humanity as well as for chickens that this is charged as a serious crime. Thanks for posting this.Of note is the mention of “cage free”. What a misleading statement, something I will carefully regard before buying eggs again. This horror must end. And for those who say What about jobs, well this kind of work degrades the people that do this work. We can do better. This is why working towards a better world for all is the way to go.

A moving statement by Ms SusanF. Compassion and justice are indissivle. As she notes work of this kind degrades anyone who is forced to perform it. We don;t see potentates and billionaires doing these tasks, do we? Leftists who sniff at working in defense of animals are showing their own myopia to an issue that admits no exceptions.