After US sequester, Wall Street demands cuts in Medicare and Social Security 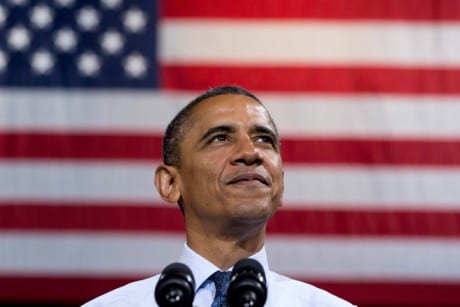 Following last week’s imposition of $1.2 trillion in government spending cuts, which will slash social services for millions of people, Wall Street is demanding more cuts. Major credit rating agencies, which in 2011 downgraded the rating of the United States’ sovereign debt, say more spending cuts—particularly to “entitlements” like Medicare and Medicaid—are needed to keep the country’s debt rating from being cut further.

These demands come as congressional Democrats have dropped all pretenses to blocking the sequester cuts, while Republicans are drafting a bill that would sharply curtail the sequester’s impact on military spending in preparation for making the cuts to social services permanent.

David Riley, Fitch Rating’s global managing director for sovereign ratings, told CNBC Europe that the sequester cuts are “not the most ideal outcome,” stressing that he would have preferred to see more “long-term” cuts. Saying: “You’d rather have intelligent cuts and some revenue measures as well … but we don’t live in an ideal world, and it’s better to have some deficit reduction than none at all.”

Translated from the political doublespeak adopted by the Obama administration, by “intelligent cuts,” Riley means cutbacks to programs such as Medicare, Medicaid, and Social Security. This remark followed similar comments by Merrill Lynch executive Savita Subramanian, who told the New York Times over the weekend that “the market wants more austerity.”

With the passage of the sequester, the next major budgetary milestone is the upcoming March 27 deadline for Congress to approve government appropriations. If the Democrats and Republicans fail to vote on an appropriations bill before then, it would trigger a shutdown of the federal government.

In recent days both parties have made clear that they have no intention of turning the deadline into a political battle. The Democrats, in particular, have stressed that they do not intend to use the March 27 deadline to force the Republicans to overturn the social spending cuts imposed by the sequester. “Certainly we don’t want to have a shutdown of government,” said House Minority Leader Nancy Pelosi on Friday.

Senate Minority Leader Mitch McConnell echoed the Democrats’ sentiments that the funding authorization bill would pass without a hitch, saying Sunday on CNN’s “State of the Union” program that “I believe we’re going to be able to work out passing the continuing resolution later in March on a bipartisan basis.”

House Republicans have proposed a bill to extend funding for the federal government through September 30, while eliminating much of the sequester’s impact on military spending. “The legislation will avoid a government shutdown on March 27th, prioritize [defense] and veterans programs, and allow the Pentagon some leeway to do its best with the funding it has,” said House Rules Committee Chairman Hal Rogers in a statement.

The bill gives the Defense Department the leeway to shift money between different accounts, significantly blunting the sequester’s impact. Washington newspaper The Hill noted that “In total, the bill includes $518 billion for defense, $2 billion more than President Obama requested this year but the same as in 2012.”

The bill likewise includes provisions for extra funding allocations for border security, as well as staffing provisions for the FBI and the federal prison system.

Democrats have voiced little opposition to this bill, which is set to be voted on by the House Thursday, and it is likely to clear the Democratic-controlled Senate.

Meanwhile, after spending much of the last week demagogically denouncing the sequester spending cuts, the White House has abruptly switched its public tone, seeking to move on to other issues in the general admission that the administration will do nothing to reverse the cuts.

“We are going to manage as best we can … but this is not the right way to go about deficit reduction,” Obama said in a cabinet meeting Monday, adding later that “Now, my agenda is obviously broader than the sequester.”

In an article titled “With sequester in swing, Obama switches his focus to other priorities,” The Hill quoted a senior White House official, saying, “Until they’re willing to compromise [on the sequester], there’s not much more we can do.”

The newspaper concluded that “President Obama will shift his focus to immigration, gun control, increasing the minimum wage and other second-term priorities now that the sequester cuts have begun.”

These developments underscore the fact that, from the beginning, the sequester cuts were a stage-managed affair, with Obama’s nominal opposition to the cuts being entirely for show. In fact, the White House was instrumental in orchestrating the sequester, and the cuts to discretionary spending it imposes are thoroughly in line with the Obama administration’s own proposals for spending cuts.

From the start, the cuts were intended to be made permanent, and to set a new baseline for the imposition of even further cutbacks to basic social programs.

With the sequester cuts in place, amid a crisis atmosphere whipped up by the threat of another debt downgrade by Wall Street, the crosshairs will now shift to “entitlement spending,” most notably Medicare and Social Security.