OpEds: Questions from a ‘Dirty War’ 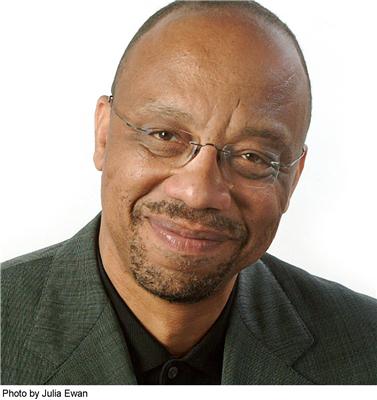 Editor’s Note: Mirabile dictu! It’s not everyday we find gene Robinson playing on our team. Usually he’s your typical liberaloid doing his job on the pages of The WaPo, one of the most insidious papers around (much like the New York Times), both prominent propaganda organs of the neoliberal establishment), or dispensing wishy-washy opinion on MSNBC. But here, he shows he has some brains, and decency. This is clear, succinct and timely piece. We wonder how he got away with it.  —PG

They are impolite questions, but they must be asked: What did Jorge Mario Bergoglio know, and when did he know it, about Argentina’s brutal “Dirty War” against suspected leftists, in which thousands were tortured and killed? More important, what did the newly chosen Pope Francis do?

When a military junta seized power in Argentina in 1976, Bergoglio — elected Wednesday by the College of Cardinals as the first Latin American to become pope — was the head of the Jesuit order in the country. His elevation to the papacy occasioned great joy and national pride in his homeland — but also, for some, brought back memories of Argentina’s darkest and most desperate days.

In other South American countries that suffered under military rule during the 1970s, the Catholic Church served as a focal point of resistance. In Chile, for example, the church crusaded for human rights and pressed the government of Gen. Augusto Pinochet to account for the many activists who “disappeared” into custody, often never to be seen again.

The dictatorship in Argentina was the most savage of all. At least 10,000, and perhaps as many as 30,000, people suspected of leftist involvement were killed. Victims would be snatched from their homes or places of work, interrogated under torture for weeks or months, and then executed. Some were dispatched by being drugged, loaded into aircraft and shoved out into the wide Rio de la Plata or the Atlantic Ocean to drown.

The church in Argentina, however, was comparatively passive in the face of this horror — some would say complicit. Church leaders never confronted the military regime the way their counterparts in Chile did; nor did they encourage or even permit grass-roots activism at the parish level, as developed in Brazil. On the contrary, the church allowed Argentina’s ruling generals and admirals to cloak themselves in religiosity and claim that somehow, in their sinister rampage, they were serving God’s will.

Questions about Bergoglio involve an incident that took place in 1976, shortly after the military seized power: Two Jesuit priests under his command were kidnapped, held without charges, interrogated and tortured. They were finally released after five months; several laypeople arrested in the same operation were killed.

Both priests were followers of the left-wing “liberation theology” movement; Bergoglio was not. As their superior, he had told them to cease the work they were doing in a slum neighborhood on the outskirts of Buenos Aires. The allegation is that Bergoglio, knowing the men were in danger of being targeted by the military, withdrew the Jesuit order’s protection from them because of their disobedience — effectively throwing them to the wolves.

This charge was first made in 1986 by Emilio Mignone, one of Argentina’s most respected human rights activists, in a book about the relationship between the church and the dictatorship. Left-leaning journalist Horacio Verbitsky took it up again in his 2005 book “El Silencio.”

Bergoglio has consistently denied the allegation. He told a biographer that the priests left the order voluntarily and that he appealed privately to leaders of the junta for the priests’ release.

Bergoglio also told the biographer that he often allowed people sought by the military to hide on church property. In testimony before an official tribunal in 2010, he said he was unaware of the military government’s worst excesses until after the fact. He specifically denied knowing that babies born to pregnant detainees were forcibly taken from their mothers and given to politically connected families for adoption — although there is evidence suggesting he did know about this practice.

Last year, Argentina’s bishops, under Bergoglio’s leadership, issued a blanket apology for having failed to protect the church’s flock during the dictatorship. That the church was tragically remiss is no longer in question, if it ever was.

Now that Bergoglio is Pope Francis, his record and recollections of nearly 40 years ago are important not so much because of what he did or did not do but because of what lessons he did or did not learn. There were Catholic prelates who openly collaborated with the dictators and those who openly opposed them. Bergoglio was somewhere in the middle. He disapproved, surely. He did what he could. But by his own admission, he didn’t try to change the world.

Now he has more than the duty to lead 1.2 billion Catholics. He also has a chance to atone.

‘Lean In’ All You Want — But If You Want a Better Job, Unionize! (What the CEOS of Facebook and Yahoo! Won’t Tell You)