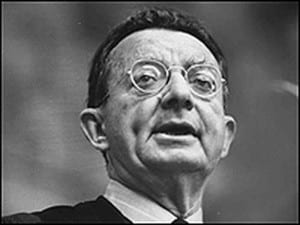 “This book….paints a very different picture of the Korean War – one, in fact, which is at variance with the official version at almost every point.”   Stone’s investigative research presented a “full-scale reassessment of the whole” war. French publisher Claude Bourdet added:

“If Stone’s thesis corresponds to reality, we are in the presence of the greatest swindle in the whole of military history….not a question of a harmless fraud but of a terrible maneuver in which deception is being consciously utilized to block peace at a time when it is possible.”

Stone called it international aggression. So did Huberman and Sweezy, saying:

“….we have come to the conclusion that (South Korean president) Syngman Rhee deliberately provoked the North Koreans in the hope that they would retaliate by crossing the parallel in force. The northerners fell neatly into the trap.”

On March 11, North Korea cut its hotline with the South. It abrogated the 1953 armistice. It did so as US and South Korean forces began joint exercises. They’re provocative when held.

They involved other restrictions. North Korea said “the US is set to light a fuse for nuclear war.” Its military “exercise(s) the right to a (defensive) preemptive nuclear attack.”

Its state-run Rodong Sinmun said “the armistice agreement has been nullified. (N)o one can expect what will happen next.”  South Korea’s Defense Ministry responded. Pyongyang’s government would “evaporate from the face of the earth” if it uses nuclear weapons.

“There should be no doubt. We will draw upon the full range of our capabilities to protect against, and to respond to, the threat posed to us and to our allies by North Korea.”

On March 30, North Korea announced a “state of war.” It did so with the South. It’s rhetoric belies continued policy. Conflict remains unlikely. Its official statement said in part:

“The moves of the US imperialists to violate the sovereignty of the DPRK and encroach upon its supreme interests have entered an extremely grave phase.”

“The Supreme Command of the KPA in its previous statement solemnly declared at home and abroad the will of the army and people of the DPRK to take decisive military counteraction to defend the sovereignty of the country and the dignity of its supreme leadership as regards the war moves of the US and south Korean puppets that have reached the most extreme phase.”

“It is the resolute answer of the DPRK and its steadfast stand to counter the nuclear blackmail of the US imperialists with merciless nuclear attack and their war of aggression with just all-out war.”

“Time has come to stage a do-or-die final battle.”

“From this moment, the north-south relations will be put at the state of war and all the issues arousing between the north and the south will be dealt with according to the wartime regulations.”

“The state of neither peace nor war has ended on the Korean Peninsula.”

“….(T)he Korean people will give vent to the pent-up grudge and realize their cherished desire and thus bring a bright day of national reunification and build the best power on this land without fail.”

“We’ve seen reports of a new and unconstructive statement from North Korea. We take these threats seriously and remain in close contact with our South Korean allies.”

“But, we would also note that North Korea has a long history of bellicose rhetoric and threats and today’s announcement follows that familiar pattern.”  No signs of military activity exist. Kaesong’s industrial zone remains open. It’s operating normally. South Korean companies run it.

Beating up on Pyongyang is policy. It’s longstanding. It shows no signs of ending. It continues ad nauseam.  America’s so-called missile defense is for offense. In mid-March, Defense Secretary Chuck Hagel said additional numbers would be added in Alaska. Others are planned for Asia. In Japan, tracking radar systems were added.

China and Russia oppose them. They do so for good reason. They’re prime targets. Undermining their influence is policy. So is isolating them from neighbors and asserting Washington’s dominance over territories and waters not its own.

Washington deployed B-2 stealth bombers to South Korea. They dropped dummy bombs on Jik Do island.  US Forces Korea (USFK) said America’s ability to “conduct long-range, precision strikes quickly and at will (shall) provide extended deterrence to our allies in the Asia-Pacific region.”

B-2s are equipped for nuclear bombs and missiles. Capability doesn’t reflect policy. North Korea poses Washington and Seoul no threat.  On the one hand, US officials suggest it. On the other, saber rattling implies otherwise. North Korean leader Kim Jong-un says Pyongyang will amass a nuclear arsenal. It’s needed to deter aggression.

Potentially, a spark could ignite it. Small incidents at times cause big ones. Another Asian war would be disastrous. China and Russia might intervene. If nuclear weapons are used, all bets are off.

It’s hard imagining what no head of state should risk. For sure Kim Jong-un won’t.  At the same time, Obama’s Asia pivot makes anything possible. Events bear close watching.

Stephen Lendman lives in Chicago. He can be reached atlendmanstephen@sbcglobal.net.

Visit his blog site at sjlendman.blogspot.com.  // Listen to cutting-edge discussions with distinguished guests on the Progressive Radio News Hour on the Progressive Radio Network.  It airs Fridays at 10AM US Central time and Saturdays and Sundays at noon. All programs are archived for easy listening.  http://www.progressiveradionetwork.com/the-progressive-news-hour   // http://www.dailycensored.com/americas-war-on-north-korea/