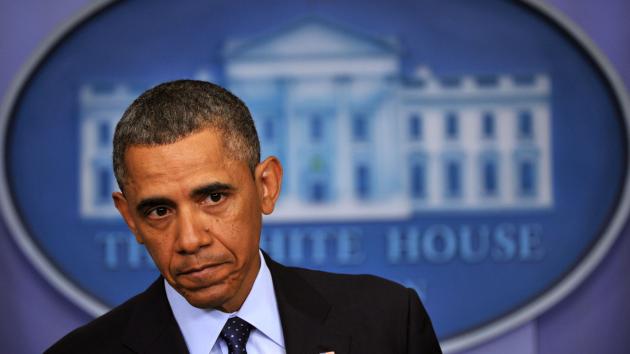 Following the imposition of “sequestration” budget cuts that will amount to $1.2 trillion over the next decade, Obama and the Republicans are quickly turning their attention to slashing and ultimately dismantling Medicare, the government health insurance program for the elderly in the United States.

The New York Times published an article last week detailing ongoing closed-door negotiations between the Obama administration and congressional Republicans, pointing to broad agreement between the Democrats and Republicans on a deal to cut Medicare costs.

According to the Times, “The president told House Republicans that he was open to combining Medicare’s coverage for hospitals and doctor services. That would create a single deductible that could increase out-of-pocket costs for many future beneficiaries…”

The proposal would have devastating and almost immediate consequences for millions of people. Obama and the Republicans are proposing to merge Medicare Part A, which covers hospital care, and Part B, which covers outpatient care, such as doctor visits, tests and medical procedures.

Combining Parts A and B would increase the amount of money that elderly people have to pay for doctor visits, a move that would sharply increase out-of-pocket costs for routine care.

For the ruling class, the structure of the Medicare system is intolerable because the elderly are not “incentivized” to limit treatments and medications. Under the terms of the program, they are able to go to the doctor as many times as they and their doctor feel is necessary, without significant additional expense. Large sections of the bourgeoisie consider this an outrage, because elderly people are spending money to maintain their health that could otherwise be funneled into the stock market portfolios and bank accounts of the financial elite.

In the anodyne words of the Times, echoing the language of the Obama administration, “The goal is to discourage people from seeking unneeded treatments, shrink health spending and offset the costs of a cap on beneficiaries’ total out-of-pocket costs.”

Who determines what treatments are needed or “unneeded,” and on the basis of what criteria? In any rational and humane system, such decisions should be made by individuals and their doctors. Obama, the Times, and both the Republicans and Democrats want such decisions to be dictated by the profit interests of the pharmaceutical and insurance companies.

Those conspiring to impose these changes are well aware that they will shorten the life span and vastly erode the economic conditions and quality of life of the majority of Americans. Medicare “reform” will send older Americans to their graves sooner and reduce the overall life expectancy of working people. That, however, is the desired outcome, as far as the financial aristocracy that really rules America is concerned. Why waste potential profits and bonuses on keeping people alive and relatively healthy who produce no surplus value for the capitalists?

The Times, the chief organ of the liberal establishment, politically and ideologically allied with the Obama administration, has been spearheading the campaign to ration health care and deny treatments to the “mob” ever since Obama took office. For years, the newspaper has been carrying politically motivated and dishonest articles arguing that much of preventative medical care, particularly that received by the elderly, is “unnecessary” and even harmful.

The aim is to create an even more heavily class-based health care system, in which the rich have access to the full panoply of treatments and tests, while workers and the vast majority of elderly people are relegated to substandard care. Obama’s 2010 health care “reform,” presented as a “progressive” measure, was, in fact, a major step in this direction.

Obama is now seeking to present his push to increase Medicare recipients’ out-of-pocket costs as a “compromise” position with the Republicans, who earlier this month put forward a budget that would transform Medicare into a voucher program for the purchase of private insurance. As always, Obama is playing a good-cop/bad-cop routine with the Republicans, seeking to present brutal cuts to vital social programs as a reasonable middle ground.

Behind this dog and pony show, the two parties are agreed on the basic strategy. In the words of Democratic Senator Mark Warner, quoted in the Times, “We don’t really like what [Republican Paul] Ryan has done—premium support—but we want systemic reform.”

The proposals currently under discussion would signal a massive retrogression in the conditions of life for the majority of people in the United States. The implementation of Medicare in 1965, along with the expansion of Social Security benefits, helped to sharply decrease poverty among the elderly, from about 30 percent in 1965 to under 10 percent now.

Even with Medicare and Medicaid (the federal-state health insurance program for the poor) in place, the lack of affordable medical care in the United States is disastrous. Some 45,000 people die every year in the US because they lack access to affordable health care, according to a 2009 study by Harvard Medical School. This is more than those killed by drunk driving and homicide combined. The more than 45 million uninsured people in the United States have a 40 percent higher risk of death than those who are insured.

If the ruling class has its way, the situation will become far worse.

The creation of Medicare and Medicaid in 1965 as part of Johnson’s Great Society program was the last gasp of American liberal reform. These reforms came in response to the mass upsurge of the working class in the 1930s and the ongoing militancy of workers through the ‘50s and ‘60s, together with the explosive upheavals associated with the civil rights movement.

At the time of its creation, progressive public opinion in the United States saw Medicare as the bare minimum in health care, to be rapidly superseded by a system of universal health care, as in Canada and Europe.

For the ruling class, these and other social programs were seen as temporary concessions to be eliminated as soon as possible. The corporate and financial elite is now using the crisis created by the 2008 economic collapse as an opportunity to radically weaken and ultimately dismantle them.

Medicare and Medicaid, far from being beneficent gifts of the US ruling class, were extracted as a result of mass struggles. These struggles, however, were kept within the framework of the profit system and aborted, primarily through their being channeled behind the Democratic Party. This is what has made the past gains of the working class vulnerable to being continually chipped away at and eventually destroyed.

A new mass movement of the working class is the only means for defending what remains of past social gains and extending them to secure the basic social right to quality health care for all. This time, however, the movement must be armed with an independent program in opposition to both parties of big business and the capitalist system they defend.

What is required is the political mobilization of the working class on the basis of a socialist perspective, including the nationalization and public ownership of the banks and corporations and the reorganization of society on the basis of social need, not private profit.

Andre Damon is a political analyst attached to wsws.org, a socialist info resource.