Editor’s Note: The broad daylight scandal of gouger industries like Big Pharma, energy, etc., is common and inherent in US society, where one of the most savage and cynical forms of capitalism reigns practically unopposed. Now, as The New York Times reports (Low-Cost Drugs in Poor Nations Get a Lift in Indian Court), an Indian court has sided with the public in a matter of critical interest, something rarely seen in America, despite the fact that populist senator Estes Kefauver exposed the drug industry racket as a public enemy in the 1950s, and nothing much has changed since (Cf In a Few Hands).  One of the things that Kefauver systematically demonstrated was precisely that much of new drug R&D expense was actually underwritten by taxpayer allocations, with most of the hard part of the R&D conducted in government and academic facilities, even if the profitable selling of the drugs was later handed over to Big Pharma. If that is not a sweet backroom deal, what is?

While on the topic, we should keep in mind that the US is one of the few countries in the entire world where we can witness both the President and Congress move in unison to block a measure that would have allowed volume discounts to government agencies.  Canada and many other capitalist nations don’t dare go that far openly injuring the public interest, but here, where the ruling cliques have little to fear from the largely passive if not politically comatose masses, they do it every day, with almost total impunity. One more thing: Observe in the select comment thread we have included how public opinion, except for some likely shill for the drug industry or misguided libertarian,  is overwhelmingly against Big Pharma and anxious to see it forcefully reined in, or kicked out of the game of for-profit medicine altogether, where it really belongs in a truly rational and decent society.—P. Greanville 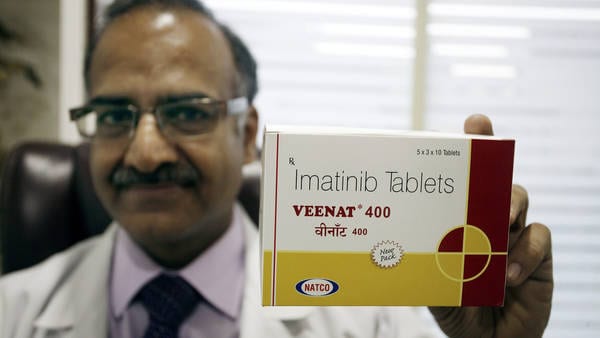 NEW DELHI — People in developing countries worldwide will continue to have access to low-cost copycat versions of drugs for diseases like H.I.V. and cancer, at least for a while.

While advocates for the pharmaceutical industry argue that fairly liberal rules on patents spur innovation, a growing number of countries are questioning why they should pay high prices for new drugs.

Production of the generic drugs in India, the world’s biggest provider of cheap medicines, was ensured on Monday in a ruling by the Indian Supreme Court.

The debate over global drug pricing is one of the most contentious issues between developed countries and the developing world. While poorer nations maintain they have a moral obligation to make cheaper, generic drugs available to their populations — by limiting patents in some cases — the brand name pharmaceutical companies contend the profits they reap are essential to their ability to develop and manufacture innovative medicines.

Specifically, the decision allows Indian makers of generic drugs to continue making copycat versions of the drug Gleevec, which is made by Novartis. It is spelled Glivec in Europe and elsewhere. The drug provides such effective treatment for some forms of leukemia that the Food and Drug Administration approved the medicine in the United States in 2001 in record time. The ruling will also help India maintain its role as the world’s most important provider of inexpensive medicines, which is critical in the global fight against deadly diseases. Gleevec, for example, can cost as much as $70,000 a year, while Indian generic versions cost about $2,500 a year.

The ruling comes at a challenging time for the pharmaceutical industry, which is increasingly looking to emerging markets to compensate for lackluster drug sales in the United States and Europe. At the same time, it is facing other challenges to its patent protections in countries like Argentina, the Philippines, Thailand and Brazil.

“I think other countries will now be looking at India and saying, ‘Well, hold on a minute — India stuck to its guns,’ ” said Tahir Amin, a director of the Initiative for Medicines, Access and Knowledge, a group based in New York that works on patent cases to foster access to drugs.

In trade agreements — including one being negotiated between the United States and countries in the Pacific Rim — the drug industry has lobbied for stricter patent restrictions that would more closely resemble protections in the United States.

Gleevec is widely recognized as one of the most important medical discoveries in decades. In a televised interview, Ranjit Shahani, vice chairman of the Indian subsidiary of Novartis, said that companies like Novartis would invest less money in research in India as a result of the ruling. “We hope that the ecosystem for intellectual property in the country improves,” he said.

India exports about $10 billion worth of generic medicine every year. India and China together produce more than 80 percent of the active ingredients of all drugs used in the United States.

In Monday’s decision, India’s Supreme Court ruled that the patent that Novartis sought for Gleevec did not represent a true invention. The ruling is something of an anomaly. Passed under international pressure, India’s 2005 patent law for the first time allowed for patents on medicines, but only for drugs discovered after 1995. In 1993, Novartis patented a version of Gleevec that it later abandoned in development, but the Indian judges ruled that the early and later versions were not different enough for the later one to merit a separate patent.

Leena Menghaney, a patient advocate at Doctors Without Borders, said that the ruling was a reprieve from more expensive medicines, but only for a while.

“The great thing about this ruling is that we don’t have to worry about the drugs we’re currently using,” Ms. Menghaney said. “But the million-dollar question is what is going to happen for new drugs that have not yet come out.”

Others decried the ruling, saying it was further evidence that India does not respect the intellectual property rights of pharmaceutical companies. Last year, India granted what is known as a compulsory license to a generic drug manufacturer to begin making copies ofBayer’s cancer drug Nexavar, and revoked Pfizer’s patent for another cancer drug, Sutent. Both companies have appealed the decisions.

“It really is in our view another example of what I would characterize as a deteriorating innovation environment in India,” said Chip Davis, the executive vice president of advocacy at the Pharmaceutical Research and Manufacturers of America, the industry trade group. “The Indian government and the Indian courts have come down on the side that doesn’t recognize the value of innovation and the value of strong intellectual property, which we believe is essential.”

Anand Grover, a lawyer who argued the case on behalf of Cancer Patients Aid Association in India, said the ruling confirmed that India had a very high bar for approving patents on medicines.

A version of this article appeared in print on April 2, 2013, on page A1 of the New York edition with the headline: Low-Cost Drugs In Poor Nations Get Lift in Court.
THIS ARTICLE CONTINUES ON THE NEXT PAGE (2)

“What is happening in the United States is that a lot of money is being wasted on new forms of old drugs,” Mr. Grover said. Because of Monday’s ruling, “that will not happen in India.”

In the United States, companies can get a new patent for a drug by altering its formula or changing its dosage. The companies contend that even minor improvements in medicines — changing a pill dosage to once a day instead of twice a day — can have a significant impact on patient wellness. But critics say a majority of drug patents given in the United States are for tiny changes that often provide patients few meaningful benefits but allow drug companies to continue charging high prices for years beyond the original patent life.

They point to AstraZeneca, for example, which extended for years its franchise around the huge-selling heartburn pill Prilosec by slightly altering the chemical structure and renaming the medicine Nexium. Amgen has won so many patents on its expensive erythropoietin-stimulating drugs that the company has maintained exclusive sales rights for 24 years, double the usual period. A result of this practice is that the United States pays the highest drug prices in the world, prices that only a tiny fraction could afford in India, where more than two-thirds of the population lives on less than $2 a day.

While advocates for the pharmaceutical industry argue that fairly liberal rules on patents spur innovation, a growing number of countries are questioning why they should pay high prices for new drugs. Argentina and the Philippines have passed laws similar to the one enacted in India, placing strict limits on patents. And Brazil and Thailand have been issuing compulsory licenses for AIDS drugs for years under multilateral agreements that allow such actions on public health grounds.

As the economies of emerging markets grow, the countries’ refusal to pay higher premiums for newer drugs could significantly reduce the money needed for innovation. The drug industry makes more than a third of its sales in the United States, a dependence that many in the industry fear is unsustainable, especially since sales of prescription drugs actually dropped in the United States in 2012, according to the research firm IMS Health. Sales in emerging markets like Brazil and China are expected to account for 30 percent of global pharmaceutical spending by 2016, up from 20 percent in 2011, according to IMS Health.

The United States government has become increasingly insistent in recent years that other countries adopt far more stringent patent protection rules, with the result that poorer patients often lose access to cheap generic copies of medicines when their governments undertake trade agreements with the United States. Washington is currently negotiating the terms of a new Pacific Rim trade agreement, called the Trans-Pacific Partnership, which might be completed later this year. The pharmaceutical industry has lobbied the United States to require other countries to enforce tougher patent restrictions, although the details are still being worked out.

A version of this article appeared in print on April 2, 2013, on page A1 of the New York edition with the headline: Low-Cost Drugs In Poor Nations Get Lift in Court.