Home AMERICAN PARTY DUOPOLY OpEds: IS IT TIME FOR A THIRD PARTY IN THE U.S.? ROBERT REICH SAYS YES!

OpEds: IS IT TIME FOR A THIRD PARTY IN THE U.S.? ROBERT REICH SAYS YES! 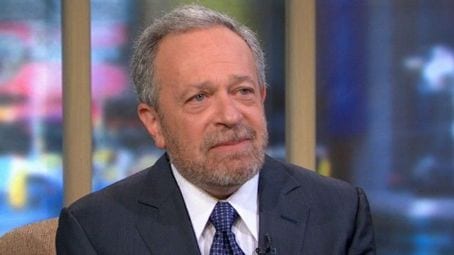 Long a Democratic party apparatchik and Clinton faithful, Reich has evolved into a social democrat alienated from his party’s total corruption. Is he ready to walk away from liberaloid reformism?

[Robert Reich, former Secretary of Labor under the Clinton administration, has been increasingly critical of the Democratic Party’s pro-corporate policies over the past several years. In a May 24, 2013 blog (re-printed below), Reich went further than he has before in condemning Wall Street’s control of the Democratic Party, noting, ” Democrats can’t be trusted to control Wall Street. If there were ever an issue ripe for a third party, the Street would be it.”

We in the ELN are committed to building a third party rooted in the working class — a Labor Party — with a program that faithfully reflects the interests of the working class and the overwhelming majority, and functions democratically with the elected leadership accountable to the membership.]

Here is the Reich blog:

Who needs Republicans when Wall Street has the Democrats? With the help of congressional Democrats, the Street is rolling back financial reforms enacted after its near meltdown.

According to the New York Times, a bill that’s already moved through the House Financial Services Committee, allowing more of the very kind of derivatives trading (bets on bets) that got the Street into trouble, was drafted by Citigroup – whose recommended language was copied nearly word for word in 70 lines of the 85-line bill.

Where were House Democrats? Right behind it. Rep. Sean Patrick Maloney, Democrat of New York, a major recipient of the Street’s political largesse, co-sponsored it. Most of the Democrats on the Committee, also receiving generous donations from the big banks, voted for it. Rep. Jim Himes, another proponent of the bill and a former banker at Goldman Sachs, now leads the Democrat’s fund-raising effort in the House.

Bob Rubin – co-chair of Goldman before he joined the Clinton White House, and chair of Citigroup’s management committee after he left it – is still influential in the Party, and his protégés are all over the Obama administration. I like Bob personally but I battled his Street-centric views the whole time I served, and soon after I left the administration he persuaded Clinton to support a repeal of the Glass-Steagall Act.

Jack Lew, Obama’s current Treasury Secretary, was chief operating officer of Citigroup’s Alternative Investments unit, a proprietary trading group, from 2006 to 2008, before he joined the Obama administration. Peter Orszag, Obama’s Director of the Office of Management and Budget, left the Obama Administration to become Citigroup’s vice chairman of corporate and investment banking, and chairman of the financial strategy and solutions group.

All these men are honorable. None has broken any law. But they and their ilk in congress – the Democrats who are now rolling back Dodd-Frank – don’t seem to appreciate the extent to which Wall Street has harmed, and continues to harm, America.

It’s not entirely coincidental that the Obama Administration never put tough conditions on banks receiving bailout money, never prosecuted a single top Wall Street executive for the excesses that led to the near meltdown, and still refuses to support a tiny tax on financial transactions that would bring in tens of billions of dollars as well as discourage program trading.

Democrats can’t be trusted to control Wall Street. If there were ever an issue ripe for a third party, the Street would be it.

Doubting Obama’s Resolve to Do Right

Obama’s terrorism speech: seeing what you want to see