Home AMERICAN PARTY DUOPOLY When It Comes to Business Profits, It’s the Plutonomy versus the Realonomy — and the Plutonomy is Winning 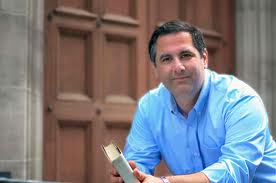 Along with corporate profits, executive pay has hit record levels as well.

All around the world the plutonomy — the economy of big corporations and their CEOs — is doing quite well, thank you. But the realonomy — the real economy in which ordinary people live and work — remains stagnant.

And what are all those big corporations and wealthy individuals doing with their ever-increasing wealth? They are sitting on it, mostly by hiding it in offshore tax havens.

“The cash holdings of publicly-listed enterprises in advanced, emerging and developing economies combined, increased from 2.3 trillion USD in 2000 to 5.2 trillion in 2008 and continued to rise further during the crisis, reaching 6.5 trillion USD in 2011,” according to the ILO.

It’s not just ordinary people who are losing. Small businesses are losing, too. The ILO reports that large firms are roughly three times as profitable as small firms. No wonder the large firms are taking over.

Big profits, tax avoidance, cash hoarding, and the decimation of small businesses are not separate trends. They are all part of one big trend. Our small firms are disappearing because big firms don’t play fair.

They don’t have to.

Small companies operating in single countries have to pay taxes on the profits they make. They have no choice. There is nowhere to hide.

Big companies can and do choose what countries they want to claim their taxes in. Obviously, most big companies choose to park their profits in countries where they pay no tax.

[pullquote] If world’s big corporations prefer to sit on trillions of dollars in order to avoid paying taxes, let them. If they won’t invest, we should. [/pullquote]

The big companies that replace them make more money, but have to keep it holed up in international tax havens to avoid paying taxes on it. Thus the cash hoarding.

A bizarre and tragic side-effect of all this is that rates of business investment have collapsed. All that money just sits offshore in tax haven bank accounts instead of being used to boost productivity through meaningful investment.

In the long term, the solution is to close the tax havens and make sure that big businesses pay their fair share of taxes. We can get there, but it will be a long slog. You can be sure that the world’s largest multinational corporations will fight tooth and nail to maintain their domination over the global economy.

“The disposition to admire, and almost to worship, the rich and the powerful, and to despise, or, at least, to neglect persons of poor and mean condition is the great and most universal cause of the corruption of our moral sentiments.”

In the short term, however, governments can solve the investment shortage by … investing. The world needs investment, and the world needs jobs. Instead of sitting around waiting for a multimillionaire CEO to invest his company’s multibillions, we can just invest for ourselves.

We should be building roads, harbors, and bridges; parks, playgrounds, and schools. We should be hiring teachers, expanding trade schools, and sending kids to college in order to build our human capital. We should be taxing and spending like there’s no tomorrow.

We should be expanding the realonomy to match the expansion of the plutonomy.

In the advanced economies of the world, the number of unemployed people rose from 29 million to 44 million between 2007 and 2012, according to the ILO. It does nobody any good for these people to be sitting at home wasting away.

If world’s big corporations prefer to sit on trillions of dollars in order to avoid paying taxes, let them. If they won’t invest, we should. The US Treasury can borrow that money back at a measly 0.14% annual rate. The European Central Bank is handing out candy to banks at just 0.50%.

It is lunacy to wait for multinational corporations to borrow this money and invest it to create jobs. The world’s largest corporations are already sitting on $6.5 trillion in cash. Obviously they don’t need to borrow any more.

The world’s governments can and should borrow their way out of recession, put people back to work, and pay off the resulting debt through progressive taxation on those who make the most money out of the whole deal.

If instead we wait for the big companies of the world to come to the rescue and resurrect our realonomies, we could be waiting for a very long time.