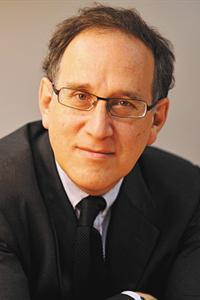 Anthony Julius, plaintiff in what he claimed was victimization via antisemitism.

Taunting and tainting opponents with the charge of anti-semitism is a long-standing Zionist ploy, familiar to everyone involved in the Israel-Palestine issue. As their support weakens in the face of evidence-based argument, Israel’s advocates have stepped up their use of the accusation as a means to close down debate, particularly on proposals for boycott, divestment and sanctions.

A key component in their armoury is what’s been called “lawfare”: attempts to use the courts to stifle opponents. This strategy, which has been employed in the US, France and Britain, suffered a significant reverse at the end of March, when an Employment Tribunal in London comprehensively rejected a claim made by Ronnie Fraser, of Academics for Israel, against his union, the University and College Union.

Fraser and his celebrity lawyer, Anthony Julius, argued that debates and decisions on Israel-Palestine issues within UCU amounted to “harassment” against Fraser as a Jew. They made ten specific allegations to support this charge; every one of them was dismissed by the Tribunal as false or irrelevant.

Jonathan Freedland once lauded Julius’s musings on anti-semitism as “forensic”. But when subjected to a genuinely forensic examination at the hands of the Tribunal, they were shown to be anything but. In fact, the Tribunal’s point by point demolition of Julius’s arguments shows just why Zionists are so fearful of open, fact-based, rational discussion. (For a thorough examination of the Tribunal’s findings and the aftermath, see Mark Elf’s excellent blog,  http://jewssansfrontieres.blogspot.co.uk.)

The judges had harsh words for a number of Fraser’s witnesses, particularly the chief executive of the Jewish Leadership Council, Jeremy Newmark, whose testimony as to his alleged treatment at a UCU meeting was labelled “false”. Two Labour MPs, John Mann and Denis Macshane (still in Parliament when the hearings were held last autumn), appeared for Fraser but did him no favours. They were criticised by the Tribunal for giving “glib evidence…Neither seemed at ease with the idea of being required to answer a question not to his liking.”

The Tribunal also found no evidence of the “atmosphere of intimidation” alleged by Fraser. UCU’s adherence to democratic procedures was fully exonerated. Unions in general should be relieved that the judges have found that they are not liable for psychological “damage” arising from debates among members.

Most significantly, on the core question of whether opposition to Israel or Zionism amounted to anti-semitism, the Tribunal reached a clear-cut, unimpeachable conclusion. “A belief in the Zionist project or an attachment to Israel or any similar sentiment cannot amount to a protected characteristic,” they declare, adding “It is not intrinsically a part of Jewishness.” It’s welcome to have this simple truth, so fiercely denied by Israel’s advocates, upheld as logical and lawful.

Julius had argued that although not all Jews were Zionists the great majority felt an affinity for Israel. The Tribunal found this argument unpersuasive; a political view cannot claim “protected” status simply because many members of a particular religion or “race” hold it. If that were to be the case, political debate would be shut down. The Tribunal was clearly aware of that danger, as their final words on the case indicate: “We greatly regret that the case was ever brought. At heart, it represents an impermissible attempt to achieve a political end by litigious means… The Employment Tribunals are a hard-pressed public service and it is not right that their limited resources should be squandered as they have been.”

In the pro-Israel camp, the humiliating ruling has caused consternation. Some are now calling for what is known as “the European Union Monitoring Center on Racism and Xenophobia’s ‘working definition’ of anti-Semitism” to be adopted in British law. According to this definition, opposition to Zionism, descriptions of Israel as an “apartheid” or “racist “ state, and calls for boycotts are all in themselves anti-semitic. It has never had any official status within the EU and has been quietly dropped by the EUMC’s successor body, the Fundamental Rights Agency. Clearly, it would endow Israel and supporters of Israel with a protected status enjoyed by no other state or political opinion. This from people who accuse their opponents of “singling out Israel”. Worryingly, a similar definition was adopted last year by the California state legislature, without a single vote against.

It apparently does not trouble the self-appointed protectors of the Jewish community that inscribing the “working definition” into law would make the British state the adjudicator on what does and does not constitute Jewishness. Historically, Jewish freedom and equality has been advanced as and when the state’s role in relation to religion opinion has been diminished. Here we see again how the Zionists’ abuse of the anti-semitism charge actually undermines the real struggle against anti-semitism.

There’s been no mention of the Tribunal ruling anywhere in the mainstream media. Of course, had the judges found the UCU guilty of “harassing” its Jewish members, the story would have been on every front page.

Mike Marqusee is the author of If I Am Not for Myself: Journey of an Anti-Zionist Jew (Verso).

Syria and the Sham of Humanitarian Intervention

Biden, Israel, and the Palestinian People

My Encounter with Sartre

Masterfully Baiting the Reds for a Dick’s Re-Election