June 29, 2013
By Fred Branfman
What does it mean to be called a ‘liberal’ when you don’t stand in the way of killing innocents? 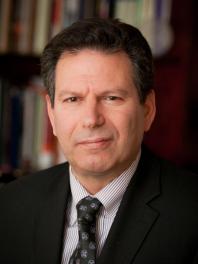 Robert Kaplan: A typical and unrepentant corporate liberal. In other words an accomplice and apologist to the enormous crimes of empire.

America’s intellectual elites and political leaders not only ignore the suffering of America’s victims but perpetuate it. They’re often called “liberals,” but what does it mean when they either tacitly endorse the killing of millions of innocents, or openly promote it?
Here are five of the biggest offenders:

–The Atlantic Magazine recently published a long piece entitled “In Defese of Henry Kissinger”. But author (and foreign correspondent for The Atlantic for over a quarter-century) Robert Kaplan did not even bother to respond to the main charge against Mr. Kissinger: that he lawlessly helped kill, wound or make homeless over 6 million human beings. For a Kaplan and Kissinger 6 million war victims of U.S. war-making from 1969-72 do not even exist. Since it is impossible to defend the morally indefensible, they remain as silent as was the world that ignored the murder of their (and mine) Jewish forbears in Word War II.

— Tom Brokaw wrote a best-selling book entitled “Boom!: Talking About the Sixties: What Happened, How It Shaped Today, Lessons for Tomorrow.” But he too failed to even once mention U.S. murder of civilians in Vietnam, the key fact that produced a giant peace movement and  “Sixties” revolt against authority in the first place. He instead presented the Vietnam war, as do most U.S. school textbooks today, as a conventional war between armies. As in 1984 the death of over 1 million Vietnamese were consigned to the memory hole.

[pullquote] Five examples of liberal treason does not begin to sketch the magnitude of American liberalism’s collaboration with perhaps the most brutal and hypocritical empire that ever rose. In fact, neoliberals and neocons are indistinguishable, sharing the same goals and degrees of criminality.   [/pullquote]

— A 90th birthday party was recently held for Henry Kissinger, whose “lawless cruelty” in Indochina as N.Y. Times columnist Anthony Lewis termed it was not only known to but protested against by Bill and Hillary Clinton in their youths. But now, as the Daily Beast breathlessly described, it was Bill Clinton himself who gave the “best speech” honoring Kissinger  and a broadly grinning Hillary Clinton who showed up adorned with not only one of de la Renta “best gowns” but Oscar himself. John Kerry also gave a speech flattering the man he had once called a “war criminal”. Tina Brown wittily tweeted “90  is the new 30”, as dozens of smiling liberal media, political and government luminaries came one by one by Kissinger’s table to offer fawning obeisance to the living American with more blood on his hands than any other.

— Mr. Obama has just nominated Samantha Power to be U.N. Representative. Power stands out among most liberal power-seekers for showing sympathy for the “non-people” of Darfur and other nations. But she has not dared risk her career to speak out on behalf of the far more numerous victims of her own nation — from Iraq to Yemen to Libya — and should she become US Ambassador to the U.N., she will  will find herself defending more Executive murder and assassination of the innocent.

– Perhaps most striking is the case of Secretary of State John Kerry. In 1971, in a courageous act for which he will be honored far more than his present career, he stated on Meet the Press that “I committed the same kinds of atrocities as thousands of others in that I shot in free-fire zones, fired .50-caliber machine bullets, used harass-and-interdiction fire, joined in search-and-destroy missions, and burned villages. All of these acts are contrary to the laws of the Geneva Convention, and all were ordered as written, established policies from the top down, and the men who ordered this are war criminals.”

Now that he has joined the Executive Branch. however, Mr. Kerry is not only defending but covering up the truth of lawless U.S. drone strikes by claiming that they are only aimed at named Al Qaeda leaders, i.e. “dozens of highly trained, skilled al Qaeda commanders, trainers, bomb makers and operatives”. He also put his personal credibility on the line by declaring that”when I first came in here, I reviewed this policy personally”. If so, it is inconceivable that he does not know that it is “signature strikes” that have killed 3-5,000 people whose names the U.S. does not even know, vs. only 77 named “senior al-Qaeda and Taliban leaders.” He has thus lied about U.S. war crimes, as did the superiors he accused of doing so 30 years ago.

For more about the American government’s role in the death of millions of innocents, read Branfman’s latest story, “World’s Most Evil and Lawless Institution? The Executive Branch of the U.S. Government.”

Fred Branfman’s writing has been published in the New York Times, the Washington Post, Harper’s, and many other publications. He is the author of Voices From the Plain of Jars, and can be reached at fredbranfman@aol.com.

Something Grand Happened At The Café de Flore

How Much Change on Climate Change?