Home ANIMAL DEFENDERS OpEds: Oh What Fun It is to Kill Our Fellow Creatures

OpEds: Oh What Fun It is to Kill Our Fellow Creatures 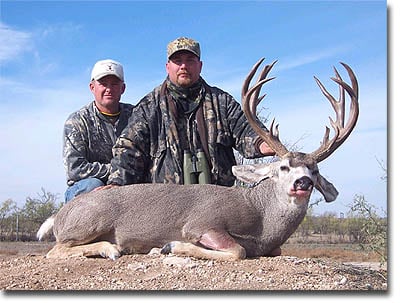 No comment. Let your inner decency tell you what this is all about.

In the matter of gun control, our main concern is rightly for the human victims of mass shootings. But what of the other defenseless animals that die at the hands of humans?

Of course it’s tragic that so many young people and others have been slain by wielders of military-style assault weapons. And it’s certain that such weapons should be limited to military uses and recreational target shooting.

But what of the hunting rifles that are cited as legitimate simply because they are not rapid-fire weapons, the guns that are used by hunters to kill so many of our fellow beings in the name of sport?

This is not to argue that tighter controls should – or should not – be put on guns used in hunting. But we should recognize the more than 12 million U.S. “sportsmen” who wield the guns for what they really are.

However much they attempt to romanticize what they do, it amounts to this: They are people who find great fun – many claim even deep meaning – in hunting down and killing fellow creatures of the winged and four-legged variety. They are animal killers. They are not sportsmen.

They find it amusing to stalk and kill other animals. For some, it’s even more than amusing. They find hunting to be downright spiritual, if not orgasmic.

Consider Tom Stienstra of the San Francisco Chronicle, one of the country’s leading outdoors writers. He’s written that to hunt is to experience “the raw essence of life and death … to strip away the layers of civilization.”

Stienstra described his thrill in stalking two bucks. He crept along under cover of one large rock and then another until “finally I was ready … My breath quickened. I put a cartridge in the chamber of my .300 Winchester Magnum, took a few easy breaths to calm a pounding heart, then rose above the rock, using it to steady my aim …”

Stienstra, alas, wasn’t able to experience death. For even though he presumably had been freed of civilized restraints, he never got a shot at the animals. By the time he rose to try to catch them unawares, they had vanished. The unarmed beasts had outsmarted one of their human stalkers.
State and federal agencies that deal with hunting generally side with animal killers such as Stienstra, although what’s needed are government efforts to better protect the animals and their habitats.

What we’ve been getting instead are government efforts that expose animals to even greater danger. For one of the agencies’ primary goals has been to overcome public sentiment against hunting that’s come with urbanization, environmental awareness and the growth of the animal rights and anti-gun movements.

But aren’t hunters and their government allies major supporters of attempts by environmentalists to preserve open space? Sure, but they take that position, not for the animals’ sake, but because open space is where the hunters’ prey lives. Without open space, they’d have nothing to shoot at, nothing to kill.

Once, a long, long time ago, we had to hunt and kill in order to survive. But this is the 21st century, is it not?

Dick Meister is a San Francisco-based columnist who has covered labor and politics for more than a half-century as a reporter, editor, author and commentator. Contact him through his website,www.dickmeister.com.

Bezos, Tina Brown and the Looting of the Washington Post