Russian Communists Baffled by McCain Plan to Write for Pravda 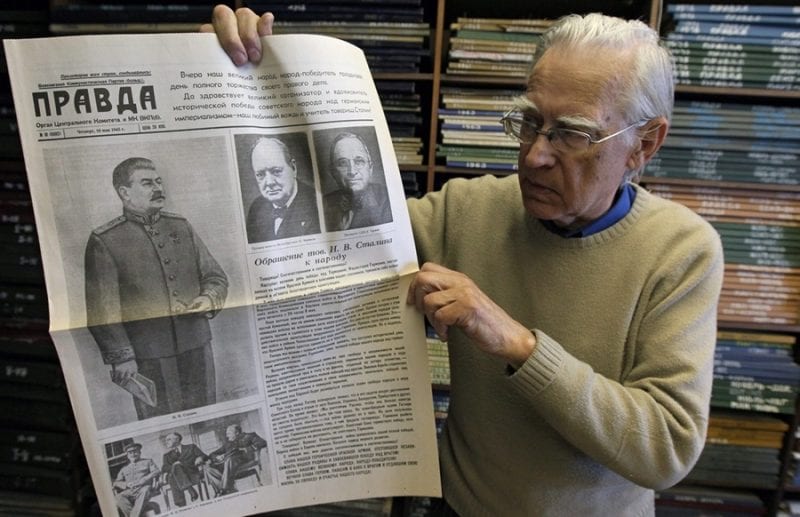 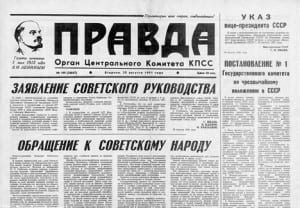 A front page of the old Pravda newspaper.

MOSCOW — The Russian Communist Party on Saturday responded with bafflement to an announcement by U.S. Senator John McCain that he planned to write an op-ed piece for its official organ, Pravda, saying he had never contacted the newspaper.

McCain’s spokesman Brian Rogers said Friday that the senator had accepted an offer from Pravda and would submit an opinion piece in response to President Vladimir Putin’s comment published in The New York Times on Thursday.

But the Communists said they had heard nothing of the offer.

“There is only one Pravda in Russia, it is the organ of the Communist Party, and we have heard nothing about the intentions of the Republican senator,” the editor of Pravda, Boris Komotsky wrote in a statement on the party’s website.

Communist Party leader Gennady Zyuganov also told the website that “it is surprising that McCain did not bother to inform either the leadership of the party or the editors of Pravda.”

The confusion appeared to have arisen because The Cable, the website of the U.S. magazine Foreign Policy contacted Pravda.ru, an electronic news website that is not connected to Pravda newspaper, with the suggestion.

No one at Pravda.ru was immediately available to comment.

The two publications could hardly be more different. One of Russia’s first news websites, Pravda.ru currently has a photograph of American burlesque performer Dita Von Teese on its main page.

By contrast, the Pravda newspaper is handed out by activists at parades and its front page is still topped by Lenin’s profile.

Pravda (“Truth” in Russian) was founded in 1912 by Bolshevik revolutionaries and served as the mouthpiece for the Kremlin until the 1991 break-up of the Soviet Union.

Zyuganov said however that McCain could write a piece for Pravda, but only if he followed the party’s policy on Syria.

“Our answer to McCain is this: if you support the position of the Russian Communist Party on Syria, then we will publish your article.”

This appeared unlikely since Zyuganov added that in the Communists’ view, the United States is “trying to destroy our last ally in the Middle East, Syria. And one of the most rapacious hawks calling for direct aggression is Senator John McCain.”

Background to the real Pravda newspaper

Pravda experienced two lives, more or less marked before and after the revolution. Before the revolution, Pravda was a mass working-class newspaper published with a wide circle of worker correspondents/writers around the paper – it served as the voice of the Bolshevik party, bringing Marxist analysis of current events to Russia’s literate workers and peasants. In a single year it published over 11,000 items from worker correspondents. Pravda had an average daily circulation of 40,000 issues, rising in some months to as high as 60,000 issues. Lenin directed the newspaper while living abroad. He wrote for it almost every day, gave instructions and advice to its editors, and gathered around the paper the Party’s best literary forces.

Pravda was subjected to constant police persecutions. During its first year of publication it was confiscated forty-one times, its editors were prosecuted thirty-six times and were sentenced to terms of imprisonment totalling 4 years for their articles. For two years and three months Pravda was closed down by the tsarist government eight times, but reappeared under other names (Rabockaya Pravda, Severnaya Pravda, Pravda Truda, Za Pravdu, Proletarskaya Pravda, Put Pravdy, Rabochy, Trudovaya Pravda). The paper was closed down on July 8 (21), 1914, as a result of its constant agitation against the coming First World War.

The paper was unable to resume publication until after the February revolution. Beginning with March 5(18), 1917 it came out as the Central Organ of the R.S.D.L.P. On April 5(18), on his return from abroad, Lenin joined the Editorial Board of Pravda and became its Editor-in-Chief. On July 5(18), 1917 the newspaper offices were wrecked by the Cadets and Cossacks. Between July and October 1917 Pravda was persecuted by the Provisional Government and repeatedly changed its name, coming out as Pravda, Rabochy soldat, Pistok Pravdy, Proletary, Rabochy, Rabochy put. Beginning October 27 (November 9), 1917, the paper came out under its old name of Pravda.

After the revolution, the role of Pravda shifted. Without a serious opposition press, Pravda served not only as a Marxist analysis of events, but became the definitive source of all news, among the only analysis of events that was available. It further extended it’s role by becoming a news service for the entire nation, covering all aspects of daily life to the most serious foreign events. For decades Pravda contained some fantastic journalistic work, but all of it was shrouded in so much propaganda and distortions: Pravda become a true farce – its content had no real connection to the truth. During glasnost, Pravda was however, among the first periodicals to begin solid critique of the government, in a tradition of Marxism it had lost under Stalinism so many decades ago.  (Source: Marxists.org, a Trotskyst organization which, in fairness, must be noted for its hostility to Stalinism.)

These 6 Corporations Control 90% Of The Media In America