Home ABOMINATIONS Italy’s Health Care System Is Much Better than Ours!

Italy’s Health Care System Is Much Better than Ours! 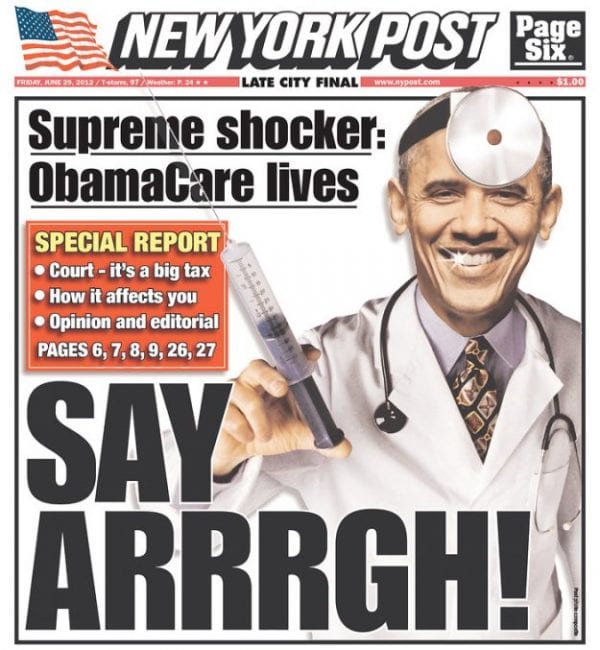 By any standard, “Obamacare” is a disjointed mess; a quilt of complicated regulations that exist to preserve the antisocial role of private insurers and Big Pharma at the core of the American Healthcare system.

Bankrolled by Big Pharma and the insurance lobby, Obama and his accomplices in the health care debate knew that most of us would choose a health care system like the one my family experienced in Italy over the inefficient, bureaucratic, and budget-busting monster that’s ruining our economy.

Following our arrival in Tuscany on the first leg of our journey toward a long stay in India, our extended family had some medical problems, one of them serious.

Less seriously, I ran out of a medication I’d been taking. More seriously, my wife, Peggy, contracted a virulent case of poison ivy. Most serious of all, Carla, my daughter’s au pair from Mexico, came down with appendicitis. Each of these incidents highlighted the superiority of the Italian medical system to what we have in the United States, and the direction we must take to improve our healthcare procedures.

Begin with my running out of pills…. I tried to get my prescription filled before leaving the States. Since we’d be gone for nearly five months, and I need to take one pill each day, I decided that I’d buy 180 pills from my local Rite Aid. My doctor gave me the “script” without any trouble. However, my pharmacist informed me that I needed my insurance company’s O.K. to cover the cost. That would be about $100 for 30 pills, with my co-pay being $8.00.

So, one month before leaving home, I phoned my insurance company. After three phone calls by me and a couple by my pharmacist–all preceded by lengthy and repetitious “conversations” with an automated responder– permission was granted.

However, when I actually tried to obtain the pills just before departure, neither I nor my pharmacist was able to do so. There was no record of the previously granted permission. So the process had to start all over again, and I had no time to spare.

More phone calls…. More conversations with machines…. Lengthy arguments with “representatives” and their supervisors…. More than an hour wasted…. In the end, permission refused.

By contrast, when I arrived in Tuscany, I had no trouble getting the prescription filled at the local pharmacy. After complimenting my Italian, the pharmacist simply asked, “How many boxes do you want?”

I gave the pharmacist the money. She gave me my two boxes of pills. She never asked to see a prescription. I went on my way wondering about the $102 dollars I had somehow “saved” in that transaction.

And then there’s the case of my wife’s poison ivy. She came down with that after doing some yard work just before we left our home in Berea, Kentucky. It was pretty severe–so much so, in fact, that her arms swelled and the rash that covered both of them had spread to her face, neck and torso.

So, there in Tuscany, off to the pharmacy she went. She obtained some anti-rash skin cream there. When that proved ineffective, she visited the walk-in clinic attached to the pharmacy. She joined the line of about ten people waiting to see the doctor about their various ailments. 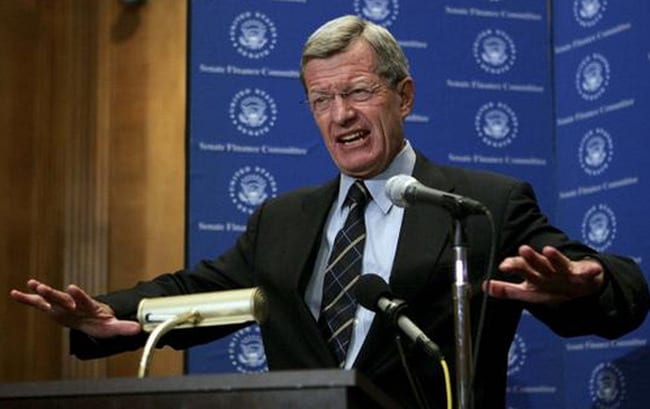 Max Baucus: Try finding a more corrupt politico. Many match him for service to the plutocracy, but none surpass him. A disgrace like rest of the American political class. And it’s in the hands of such creatures that Americans place their welfare.

When her turn came, Peggy was examined, and the doctor prescribed some pills–two different kinds. They were purchased at the neighboring pharmacy for a total of about $20.00.

Problem solved. No cost for the doctor’s visit. No insurance cards or discussion of money. No phone calls to the insurance company, its machines, “representatives,” and supervisors. No paper work. Hmm….

Carla came down with appendicitis just before we arrived in Panzano, the small town in the Chianti region of Tuscany where we were staying.

After experiencing severe stomach pains, she went to the pharmacy’s walk-in clinic, was quickly diagnosed and whisked off to the hospital in Firenze by ambulance.

They operated immediately. Before admitting her to the operating theater, the administration asked only to see Carla’s passport, for identification purposes. Afterwards, she was hospitalized for three full days. She was released with a simple “arrivederci” and an appointment to return in a week’s time to remove her stitches. Once again, there was no discussion of money or payment. And, according to Carla, her treatment was top-notch.

By the way, Carla wasn’t using Mexico as a point of comparison. She had undergone a gall bladder operation in Connecticut about a year earlier, and is still receiving bi-weekly communications from the hospital about payments and insurance coverage.

Recently, former President Bill Clinton, the so-called “Secretary in Charge of Explaining Sh*t,” spoke about the inferiority of the U.S. medical system and how curing its ills would benefit the economy. Clinton pointed out that our medical system is the most expensive in the world, siphoning off 17.9% of our gross domestic product. Yet, U.S. health care is ranked (at best) about 25th in terms of quality. Italy and France are far ahead of it.

Do you want to transform the economy? Clinton asked. Reform the medical system and reduce the share of GDP devoted to health care to the level achieved by Switzerland and the Netherlands–about 12%.

“The difference between 17.9 percent and 12 percent is $1 trillion a year,” Clinton said: “A trillion dollars that could go to pay raises, or to hire new employees, or to make investments that would make our economy grow faster, or to provide more capital to start small businesses or expand others, or to support diversifying and strengthening agriculture. You name it. A trillion dollars is a lot of money to spot our competitors in a highly competitive global economy.”

Single-Payer Is the Way To Get There!

The only way to achieve Clinton’s recommended cost reductions, however, would be to introduce a Single Payer health care system into the U.S.

President Obama himself wanted to move toward that system (see editorial note below) when he pledged to make a “public option” part of Obama Care. That meant, of course, giving people a choice between the ultra-expensive and globally inferior system we have in the U.S. on the one hand, and something like the Italian system my family has just experienced, on the other.

However, to please his opponents, Obama quickly took the public option off the table, even before negotiations about health care reform began.
••••
ABOUT THE AUTHOR
Mike Rivage-Seul is a liberation theologian and former Roman Catholic priest. Recently retired, he taught at Berea College in Kentucky for 36 years where he directed Berea’s Peace and Social Justice Studies Program. Mike blogs at http://mikerivageseul.wordpress.com/

Editor’s Note: We are not convinced that the Democrats, at any time, were serious about providing the US public with a genuine single-payer healthcare system, or the kind of socialized medicine most citizens of civilized nations enjoy as a matter of birthright. The Democratic leadership, profoundly corrupt, and even more treacherous than the Republicans, who make no effort to hide who their true masters are, and with Obama’s tacit consent, moved from the first to block, weaken and deride the single payer option. Prostitutes like Nancy Pelosi pronounced the single payer option “off the table” before negotiations began, while the odious Max Baucus, as corrupt and cynical politico as they come, played point man for the administration’s backroom dealings with the beneficiaries of the monstrosity that became Obamacare. It’s all there, amply documented and undeniable. To see how this betrayal was orchestrated, all you need is a modest understanding of the way politics really work in America and the intellectual vigor to study a few sources. Or you can simply watch Michael Moore’s SICKO, which presents the situation in living color. —Patrice Greanville

In An Age Of “Realists” And Vigilantes, There Is Cause For Optimism

Even Hong Kong Has Started to Ban Shark Fins