Obama’s War on Wolves and the Endangered Species Act 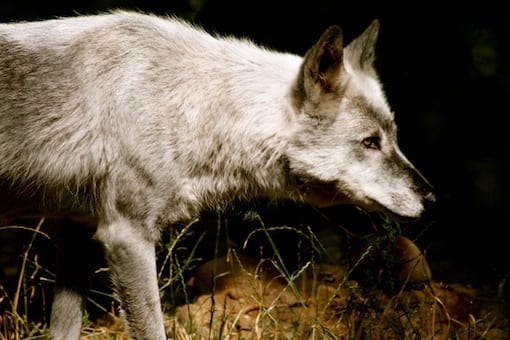 by JEFFREY ST. CLAIR, Counterpunch
I was prone on my stomach on a small knoll above the Lamar River, peering through my field glasses toward a stand of tall cottonwoods, their leaves a shimmering bronze in the autumn light. The morning air was crisp, hinting at an early snow in the dark, distant peaks of the Absaroka Range. The summer tourists had evaporated; I felt alone in the Big Empty.

I had ventured to this remote Northeast quadrant of Yellowstone National Park looking for wolves.  One particular wolf, in fact, a female called 832F, the grand-daughter of one of the original pairs of wolves reintroduced into the park in 1996. She was the unrivaled leader of her pack, a gregarious and inquisitive creature, graceful and athletic, capable of taking down a mature elk by herself. She was also, by all accounts, a dutiful mother, caring, doting, fiercely protective.

I had seen her once before, a fleeting glimpse, two years earlier, a few miles from the Lamar Valley in the green meanders of Slough Creek, with two pups, a few months old, nipping playfully at her heels. Instead of merely watching them, I stumbled clumsily for my camera. Her ears pricked, she turned to me, gave a stern growl, as if to say “you blew it, buddy,” and vanished with her brood into a thicket of willows. 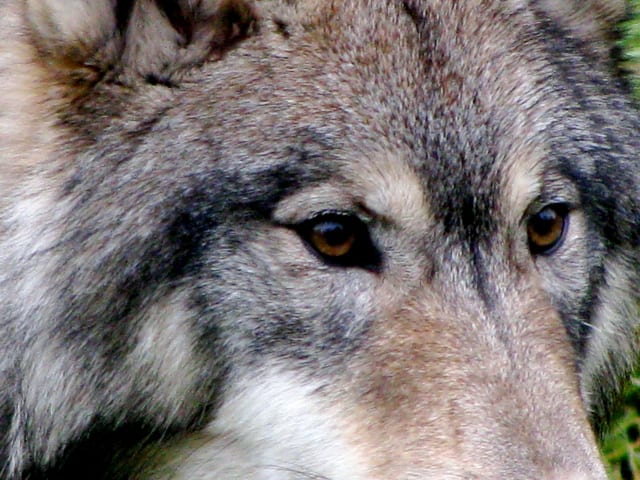 This was to be my shot at redemption and I left my Canon, with its intrusive lens, locked in the car. I had chosen a spot about 200 yards downwind from the fresh corpse of a bison, which was being picked at by a grouchy group of ravens. I had been settled in for two hours or so, crouched low in the tall grasses, when they came, silent as shadows, down through the cottonwoods, to the decaying body by the river. Even the ravens, those caustic critics of authority, quelled in the presence of the pack.

The two pups had grown. They raced each other to gnaw at the flank of the bison. Six other wolves, followed casually, waded into the river, lapped water and then began to feed on the carcass.  After twenty minutes or so, the satiated wolves curled up near each other and napped in the sunshine. But Wolf 832F didn’t join the feast. She sat on a ledge above the river, her head held high, surveying the valley as the fall winds bristled across her shining coat.

Two months later, two of these wolves would be killed, shot by hunters in Wyoming, who were gunning for “radio-collared wolves,” which identified them as originating in Yellowstone. One of the wolves was 832F, the other was her mate.

Arguably the most famous wolf in the world, 832F had the misfortune of slipping across the invisible boundary of Yellowstone Park into the state of Wyoming, a free-fire zone. There she encountered an anonymous hunter, who had been camped out in the forest for 20 consecutive days, just waiting for one of the Yellowstone wolves to cross the sights of his rifle. There is compelling evidence that anti-wolf hunters in Wyoming had been honing in on the telemetry frequencies from the radio collars to track and kill the wolves as they crossed the boundary of the park.

In May of this year on the northern border of Yellowstone, a wolf-hating rancher lured another pack of Yellowstone wolves out of the park to his ranch. He baited the wolves by setting out sheep carcasses on his property. The rancher waited until park wolves showed up and opened fire, killing a black two-year old female, who had been born and reared in Yellowstone’s Hayden Valley.

In the past two years, since the Obama administration shamefully gave the green light to legal wolf hunting in the Yellowstone region, fourteen of the Park’s wolves (about 12 percent of the total population) have been shot or trapped outside the park’s boundaries.

The decision was shameful because we now know the decision to delist the wolf was motivated solely by politics not science. The review panel met in secret with Democrats from the state of Montana who vigorously pushed for the delisting, which they argued would be a crucial factor in tight senate and gubernatorial races. Meanwhile, ecologists who objected to the plan were ignored and three scientists on the review panel who were viewed as “pro wolf” were summarily removed.

The consequences for wolves and the integrity of the Endangered Species Act itself have been grim. In Yellowstone itself, the wolf population is in free-fall. Ironically, wolf populations in the park hit their high point during the Bush administration, with a count of 174 wolves in 2003. When Obama took office in the winter of 2009, there were an estimated 146 wolves in Yellowstone. That number has declined sharply each year. This year the park’s population has fallen to 70 wolves, marking a more than 50 percent reduction in Obama’s four years in office.

Even wolves in Oregon, where wolf hunting is outlawed, are not safe. OR-16 was a young black male, a little over a year old, born along the upper Walla Walla River. He had been radio-collared and photographed to great fanfare by Oregon wolf biologists in November 2012. Three months later, a wolf hunter shot the black pup near Lowman, Idaho. There is speculation that Oregon ranchers may have deliberately chased the wolf across the Snake River into Idaho during the height of the state’s wolf hunt. A posting by a Bill K. on an anti-wolf email group bragged:  “If us pushing that wolf back over to be shot in Idaho works.. we will continue to push many more back for the shooters. hell we will even pay for the ammo. ha ha ha ha.”

OR-16 was just one of more than 500 wolves legally killed in Idaho in the last two years. And the slaughter is just getting started.

All this blood sacrificed for what?

Jeffrey St Clair is editor in chief of Counterpunch.

All photos by Jeffrey St. Clair.

The Smear Campaign Against Social Security