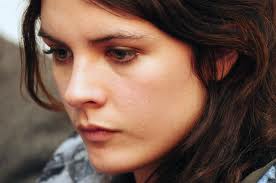 Champagne. Cumbia music. Street parties. The Chilean student leaders who upended their nation’s political agenda in 2011 with dozens of street protested on Sunday transformed their activist power into a mini bloc of student activists. Four of the  young students –  Giorgio Jackson, Camila Vallejo, Karol Cariola and Gabriel Boric — won congressional seats and will take seats in the Chilean congress in March.

“We have battled for some time for our ideals for what we think chile deserves and the transformations that Chile needs,” said Vallejo, the 25 year old former student body president as she celebrated on Sunday evening. “It has been a long fight to open up the [political] spaces to win this via the elections process and the street fight. In those two environments we have advanced and won.”

“It is time for big changes in the economic model and the political system,” said Vallejo who first came to fame as the charismatic leader of massive street protests calling for free university education for all Chilean students.  “The right wing is in the Intensive Care Unit. You can see it in the polls and in the streets,” said Vallejo. “They are unleashing pure propaganda in an attempt to salvage the low turnout they maintain. It’s sad…they could have taken the high road and formed a series debate and a discussion about political platforms.”

With four student leaders now holding power in congress and tens of thousands of students ready to march and protest for free and quality public education, Chile is now recovering the spirit of community organizing long smashed by the Pinochet dictatorship. In peaceful and clean campaigns using thousands of college-aged volunteers, the 4 young leaders are still stunned by their victory. Giorgio Jackson, the former Catholic University student union president, sprayed champagne into the crowd then a few minute later, as he prepared his first press conference to CNN was seen dancing in the hallways while rock music blasted around him. As he grabbed a beer and leaned out the window, the crowd roared and the jubilant street party continued below. In Chile, the balance of power has shifted. 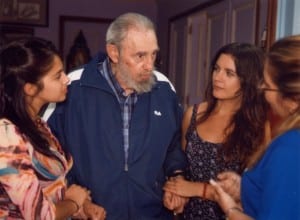 “Our country has started to live a new [political] era…as youth and student leaders we were the protagonists of this new political era,” said Karol Cariola, a 26-year-old nurse who came to fame during her organization of student protests in 2011. “We are part of this social movement that shook up and awoke this country. In some ways it is necessary that we arrive in Congress to shake up a Congress that has been tremendously hermetic and conservative over the years.” Asked about the agenda for the young leaders, Cariola, cited free university education, tax reform, a full overhaul of the Pinochet era constitution and reform of election laws that are tailored to protect pro-Pinochet right wing political parties

While economic growth in Chile over the past quarter century has been phenomenally stable – often topping 5% a year – key social institutions including  public education and prisons are widely seen as failures. An invigorated populace is now demanding a radical overhaul of Chile’s market oriented ideology. 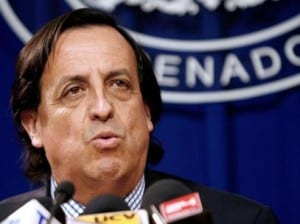 UDI’s Senator Victor Perez. Rotten reactionaries exist in all nations. This “momio” (a Chilean ultra-rightist) is naturally opposed to any changes that might benefit the majority.

Chilean Senator Victor Perez of the cryptofascist UDI party is vocally opposed to these new political forces. Perez called on party loyalists to defend what he called the “Christian values” that have allowed Chile to develop “a moral and ethical model which has allowed us to have an orderly society…and that today are at risk by the programs of a leftist government that promotes abortion and same sex marriages.” Perez argued that the priority of the Chilean state was “the protection and promotion of the family, which is formed when a man and a woman opt for a common life and have children, that is not possible with same sex couples.” He described marriage as “an institution designed to form families.”

It was exactly those type of retro concepts that caused Perez’s UDI party to lose 8 congressional seats and highlighted a strong progressive grass roots movement that will only be more emboldened after Sunday’s string of victories.

Presidential Candidate Michelle Bachelet who supports gay marriage, abortion and free daycare is expected to win the second round of voting on Dec 15 in a landslide. Governing the now-enervated Chilean electorate, however, will remain a challenge. “There is this very successful country that we see in the news, but that is not always what we see in our own homes,” said Bachelet during her final campaign rally. She called on supporters to “confront the inequality” and vote for the “New  Majority” coalition that she heads up. “We have to vote for a new Constitution, that is much more than a text,” said Bachelet who recognized the challenges of pushing her agenda through a congressional system still ruled by arcane procedures from the Pinochet dictatorship. “Some changes we can complete, others we will launch” said Bachelet who recognized the “challenges” facing Chilean political leaders and called on citizens to vote for those “who measure up to the challenges” now facing Chilean political leaders.

Jonathan Franklin writes about South America for the Guardian and CounterPunch.

The Tanking of Liberalism

The Terrifying Future Envisioned By Libertarians

How to Take Back Control of Your Mind