Home ABOMINATIONS Just Like Bush: US Under Obama, Thumbs Its Nose at the World on Climate Change

Just Like Bush: US Under Obama, Thumbs Its Nose at the World on Climate Change 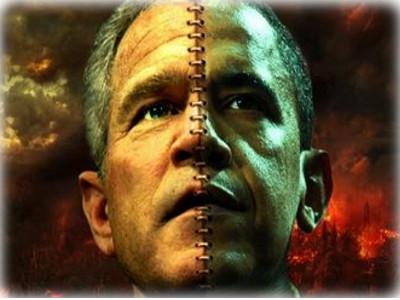 A Black Agenda Radio commentary by Bruce A. Dixon

When Barack Obama ran for president, his “progressive” supporters in the environmental movement assured us he would rein in the coal and oil companies, and lead the nation into negotiations on global climate change. But this week’s walkout of 133 nations at the UN Summit on Climate Change shows the difference between the oil soaked Bush-Cheney regime and Barack Obama on climate change. None.

Is there really any place where electing Democrats to the White House really makes a difference? Sometimes, people who call themselves progressives get it twisted, and imagine that environmental affairs are one of those places. But are they, really?

The world was shocked when the oil-soaked administration of George W. Bush openly thumbed its nose at the Kyoto Protocol, claimed there was no such thing as man-made climate change and refused even to send representatives to global climate change summits. The current Democrat in the White House ran with vague promises, amplified by his “progressive” surrogates, to rein in the oil companies. But now all that looks like empty campaign rhetoric, the cultural fluff that temporarily distinguishes the two parties from each other when they campaign, but vanishes when they govern.

Barack Obama was president, with a thumping Democratic majority in both houses of Congress when the DeepWater Horizon exploded and thousands of square miles of the world’s most productive fishing grounds were poisoned. The Obama administration lied to the public about the extent of the leak, used the Coast Guard and US Navy to keep reporters and experts from flying over or visiting into the affected areas, made sure the token settlement didn’t much affect the assets of the guilty parties, and passed no law or regulations to make sure it couldn’t happen again.

This week, internal memos of the US Secretary of State’s office demonstrated continued US determination to thumb its nose at the future of humanity in the face of climate change, refusing even to discuss reparations to the poorer countries whose growing deserts, raging storms, rising sea levels and collapsing agriculture are direct results of massive overconsumption of fossil fuels by the wealthier parts of the world. So China joined 133 countries – basically the entire developing world, in walking out of this year’s UN Summit on Climate Change.

There was, they concluded, nothing left to talk about with the representatives of wealthy countries like the United States, Canada, Japan, Australia and Britain, who have already burned enough coal and petroleum to make deserts in African and Asia larger, begin to melt large sections of the polar ice cover, decisively changing the world billions of poor people have to live in, while preaching to them about their solemn duty to conserve, and adapt. The developed countries will not “adapt” themselves, will pay no reparations for global damages already inflicted and to come, and led by the world’s greatest environmental scofflaw, the United States of America, refuse to agree to any binding reduction in the rates and amounts of poison they dump into the planet’s oceans and air.

Democrats or Republicans, environmental promises or none, the corporate elite of the developed world are rogues and outlaws. Suck it up, they tell the poorer countries. Adapt. We’ll give you a loan (at ruinous interest) to do that. Conserve. We’ll audit you. But nobody, the rich countries say, regulates or audits us.

No wonder the Chinese, and most of the world decided there was nothing more to talk about.

For Black Agenda Radio, I’m Bruce Dixon. Find us on the web at www.blackagendareport.com [2].

Bruce A. Dixon is managing editor at Black Agenda Report and a state committee member of the Georgia Green Party. Contact him via this site’s contact page, or at bruce.dixon(at)blackagendareport.com.

The Ends of Capitalism