The bastards mentioned below pulled the trigger on our planet, but the hijodeputa politicos and media prostitutes loaded the gun. Decent humanity must stop these criminals and their enablers. 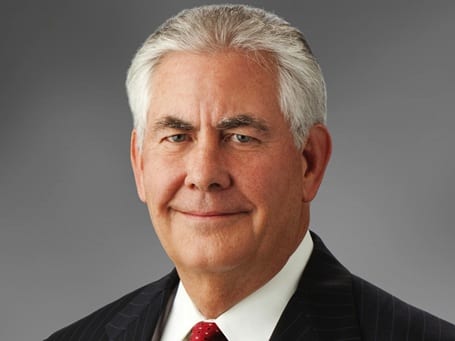 “The decision-makers, the CEOs, or the ministers of coal and oil if you narrow it down to just one person, they [for all 90 firms] could all fit on a Greyhound bus or two,” said the study’s author, Richard Heede, of the Climate Accountability Institute in Colorado. His study, “Tracing Anthropogenic Carbon Dioxide and Methane Emissions to Fossil Fuel and Cement Producers, 1854-2010,” was published online in the journal Climate Change, on Friday 22 November 2013, which was coincidentally the final day of the UN’s collapsing climate talks in Warsaw Poland. Furthermore, Naomi Oreskes of Harvard, who has extensively studied global-warming denial, told Britain’s Guardian, “One of the most interesting things” about Heede’s report “was the overlap of large scale producers and the funding of disinformation campaigns” about the man-made origin of global warming.

The top beneficiaries of spreading such disinformation are top executives and owners of those 90 companies. Five of the top 20 firms are in Europe, and the Guardian headlined on the same day as the study, “Warsaw Climate Change Talks Falter as EU and Developing Countries Clash.” Fiona Harvey reported that, “United Nations talks on climate change were on the brink of breaking down on Friday as a group of developing countries launched a furious attack on the European Union over plans to set out a timetable towards a global deal on greenhouse gas emissions.”

Most of the producing companies are owned by aristocrats in rich countries such as in Europe, whereas most of the floodings, typhoons, deaths, and destructions, will occur in the equatorial countries, where the average per-capita incomes are less than 10% of what prevails in those less-hot countries. 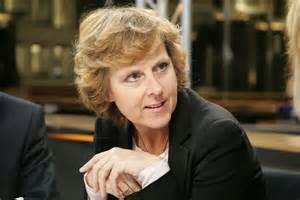 Corporatized international bureaucrats and world-class vermin like Connie Hedegaard do the bidding for the planetary assassins.

Connie Hedegaard, the EU’s climate-talks chief, was holding out for the oil, coal, and gas companies’ position, which is that the poor countries will just have to take their lumps and get destroyed by global warming, or else develop their oil, gas and coal reserves on terms dictated by rich countries, which will force poor countries to choose between either never developing at all, or else developing in ways that continue to enable the rich countries to buy fuel cheap and doom the poor countries, the primary victims of climate change. Fiona Harvey reported that, “Rows over whether rich countries should pay compensation to the poor for the effects of climate change, and over how governments can move to a historic global deal on emissions, have disrupted the fortnight-long talks, which have been marked by walk-outs and recriminations.” The environmental radio show, “Living On Earth,” headlined “Warsaw Walkout,” and reported that Greenpeace said that the talks were “a complete betrayal to the sense of urgency that is needed. Our political leaders have the temerity to tolerate the fact that we are called hooligans when in fact the real hooligans are the CEOs and the real bosses of oil, coal and gas companies that have completely captured our governments, and they have completely captured this negotiating process.”

[pullquote]The path to the criminals should have been easy to follow. The question to be answered was: cui bono?[/pullquote]

Poland was so hostile towards the talks, so that across town, at the same time, the Guardianreported that, “Provocatively, cheekily and perhaps even audaciously, the World Coal Association decided to hold a two-day conference in the city with the overt support of Poland’s Ministry of Economy.”

Poorer countries can just go roast in hell, was the message from Europe.

Meanwhile, U.S. President Obama was standing aside, and his Secretary of State John Kerry, in a video addressed to the conference, spoke platitudes about the matter. For example, on November 19th, Politico headlined “U.S. serious on climate, John Kerry tells U.N. summit.” However, the reality was that Obama is even more strongly on the side of the oil investors than the EU’s Connie Hedegaard is. Obama is trying to get the EU to relax its existing regulations against climate change, so as to allow David and Charles Koch — each of whom is tied with the other as being #6 on the Forbes list of the world’s wealthiest people — to sell in Europe the world’s dirtiest oil, from the 2 million acres of it that the Koch brothers own in Alberta Canada’s tar sands muck. That thrust is part of Obama’s position in the negotiations for his proposed “Trans-Atlantic Partnership” trade pact with Europe. That’s the far-out position of the pro-global-warming aristocracy: it’s the “Democratic” position, not just the Republican “free market” position. Poor countries can only look on, aghast.

Investigative historian Eric Zuesse is the author, most recently, of They’re Not Even Close: The Democratic vs. Republican Economic Records, 1910-2010, and of CHRIST’S VENTRILOQUISTS: The Event that Created Christianity.

OpEds: Examining the odds for an end to horse slaughter