The Kellers and cancer

“If they’d rather die, then they had better do it and decrease the surplus population.”—Ebenezer Scrooge 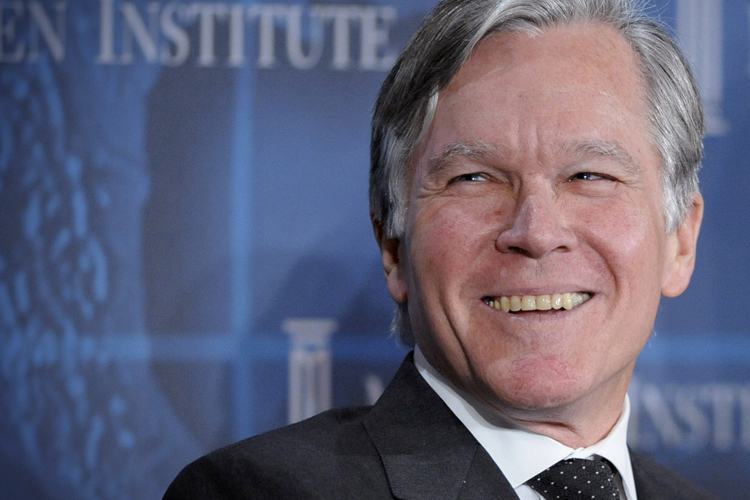 A controversy has enveloped Bill Keller, columnist and former executive editor of the New York Times, and his wife Emma Gilbey Keller, who writes for the British Guardian newspaper. It has to do with separate columns published by each within a few days of one another, both of them expressing a callous and haughty indifference to human suffering and an aversion to ordinary people receiving life-extending medical care.

The controversy sheds light on the outlook of a definite social type personified by Bill Keller and reflected in the pages of the Times—highly privileged, contemptuous of the general population and, despite “liberal” affectations, ferociously right-wing. This social layer, generally aligned with the Democratic Party, has moved ever further to the right over the past four decades and today pursues an elitist political agenda that is deeply hostile to the interests of the broad mass of working people.

In a Guardian column published January 8, Emma Keller took it upon herself to make a public issue of the activities of Lisa Bonchek Adams, a 44-year-old mother of three who is currently receiving treatment at Memorial Sloan-Kettering Cancer Center in New York for stage-four metastatic cancer. Adams has for seven years, since she was first diagnosed as having breast cancer, maintained a blog and a twitter feed in which she describes her treatment and the pain, fears and hopes that accompany her condition. Adams has attracted a following of more than 10,000 readers, some of whom are also cancer patients.

Adams is determined to live as long as possible, above all to see her children grow and develop. She sees her postings as an attempt to educate people about cancer and advances in treating it. 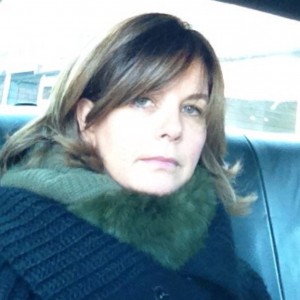 Emma Keller, who had exchanged emails with Adams, published her piece in the Guardian, quoting from their private correspondence, without first informing Adams. The title of her column—“Forget funeral selfies. What are the ethics of tweeting a terminal illness?”—gives a sense of its cold and disparaging tone and content.

Keller, clearly annoyed, wrote that Adams had tweeted over 100,000 times about her health and “lately, she tweets dozens of times an hour.” Adams, Keller quipped, “is dying out loud.”

Describing the care Adams receives at Sloan-Kettering as “fantastic,” Keller noted critically that “there is no mention of the cost.”

Emma Keller’s commentary evoked a storm of angry protest, leading theGuardian to remove it from its web site and post a notice that it was conducting an investigation regarding the piece.

Five days later, Bill Keller devoted his own weekly column in the Times to Lisa Adams, publishing a piece that was even more repugnant than his wife’s. Keller’s political agenda was more transparent. He used the case of Lisa Adams to argue against the implementation of what he called “heroic measures”—the title of the piece—to extend the lives of terminally ill patients.

In language dripping with sarcasm, Keller wrote that Adams had “spent the last seven years in a fierce and very public cage fight with death.” Speaking of her frequent tweets, he said acidly, “she is a phenomenon.”

He compared Adams’ response to cancer unfavorably to that of his late father-in-law, who opted to halt treatment and accept death. He ignored the fact that Adams is still a young woman with three children, ages seven to 15, while Keller’s father-in-law was nearly 80 at the time of his death. 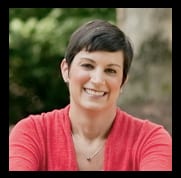 Adams: “Mind your own business!”

Very much on Keller’s mind was the question of money. He called his father-in-law’s death a “humane and honorable alternative to the frantic medical trench warfare that often makes an expensive misery of death in America.” Further on, he said of the aggressive treatment and premium care afforded Adams, “Neither Adams nor Sloan-Kettering would tell me what all this costs or whether it is covered by insurance.”

One’s first response to such heartless and unsolicited opinionating is to demand: “Who asked you? Mind your own business!”

In a tweet from her hospital bed, Adams replied to Bill Keller’s article: “The main thing is that I am alive. Do not write me off and make statements about how my life ends TIL IT DOES, SIR.”

Many others have written to the Times protesting against Keller’s article.

Keller evidently could not help himself. Adams’ story touched a nerve.

His misanthropic piece illuminates the New York Times ’ avid support for President Obama’s 2010 health care overhaul, for which the newspaper campaigned aggressively while Keller was executive editor (2003-2011). This reactionary anti-reform is being rapidly exposed as a scheme to cut costs for corporations and the government and boost profits for the insurance and health industry by slashing benefits and raising out-of-pocket expenses for working people.

The heart of Obamacare is the rationing of health care along class lines, where ordinary people will be deprived of access to more expensive tests, procedures and drugs. The Times has crusaded for cost-cutting at the expense of the general public, running an endless series of articles, op-ed pieces and editorials arguing for more restricted access to everything from mammograms to pap smears to prostate tests and the use of stents.

Keller is a determined advocate of such a health care counterrevolution. That this is bound up with a calculated policy of the American ruling class to lower life expectancy for the general public—and hence the cost of keeping alive older people who are no longer a source of profit—has been shown in articles published by the highly influential Washington think tank, the Center for Strategic & International Studies. (See: “Obamacare and the ‘crisis’ of an aging population”)

The Kellers react with hostility to the case of Lisa Adams because her struggle to live embodies what the privileged and reactionary social layer to which they belong considers an intolerable diversion of wealth from their own personal bank accounts.

This ever-widening social and class divide in America must inevitably lead to social upheavals of revolutionary proportions, which is why Bill Keller and theTimes collaborate with the capitalist state and its military/intelligence agencies, and provide political cover for their police state preparations.

The Martin Luther King, Jr. You May Not Know