Home ABOMINATIONS Drugs and Guns: US Foreign Policy for the Caribbean and Latin America

Drugs and Guns: US Foreign Policy for the Caribbean and Latin America 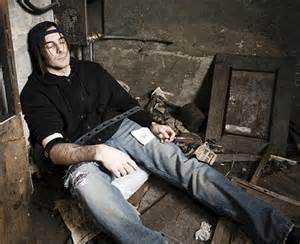 The United States (US) is the largest importer/consumer of illegal drugs in the world. The value of this trade is around 320 billion dollars annually. And, the US is the largest exporter of weapons in the world (66.3 billion annually). These two ugly and seemingly unrelated conditions have become a fortuitous nexus for US policy makers. And, with the excuse that has become the War on Drugs (WOD), the US has used these conditions as the backbone of a foreign policy aimed at destabilizing and dominating small Caribbean island nations and larger nation-states in South America.

Like many US foreign policy doctrines before, the WOD strategy of eradication and interdiction is an excuse for ridding the US “backyard” of successful and emerging socialist regimes and separatist leftist groups fighting for recognition and basic human rights in South America, Central America and the Caribbean. It’s such a perfect war that the media either ignores it or laments the overt excuses and false failures of a contest between a great drug machine and the genuine, pure hearted US military intervention.

It’s a complete circle of lies starting with a War on Drugs (WOD) that all those decent neo-liberal pundits and conservative think-tanks agree is a complete failure. But wait a minute; the WOD is not a failure. Thanks to the WOD, the US has again found an easy avenue to successfully infiltrate, militarize and arm friendly factions in undeveloped and suspect states with any leftist tendencies or separatist movements. And, in some states which have become US targets, the government and private concerns sell to both sides, hoping to create chaos amongst the masses, leftist’s parties, and the government forces. Venezuela, the populist, leftist regime, clinging to power, despite CIA interference, receives arms from the US for oil considerations. No wonder, Venezuela has the largest reserves of oil in the world, including Saudi Arabia. It’s obvious that the US government would covet such energy resources so nearby and will use any and all dirty tricks to get unlimited access to that oil.

Even providing the reader with a fairly accurate number for the arms sold to the Caribbean and Latin America is confusing. Do we recount the government’s numbers? Do we include small arms? Do we include the illegal and grey area sales? After over 30 years of increased spending (20 billion in the last decade) on drug interdiction and eradication efforts, the imaginary WOD has proven to be an impotent and costly battle. The combined forces of the US Coast Guard, US Army, US Navy and CIA trained para-military forces of targeted states have been overwhelmed by increased trafficking, ingenious smuggling techniques, and the opening of new markets around the world. The whole WOD has become an economic powerhouse in the Americas and the Caribbean with a cyclical value in hundreds of billions of dollars that greatly benefits the US and US backed regimes.

Despite the official WOD “failure”, the US government continues raising the stakes by sending arms into Latin America and the Caribbean at an accelerated rate. In 2011, the US sold more than 2.8 billion dollars’ worth of military equipment to the Latin American states which it targets as exporters of illegal drugs, and spent 830 million on interdiction actions which amounted to mostly hunting trips for separatists. For the coming year of 2014 US arms exports will be the highest ever in history and expected to be close to 100 billion dollars. Twenty to Thirty percent of that trade will be low cost or free arms to friendly regimes in Latin America, which will use the weapons almost exclusively against their own people. At this point, the exact numbers are hardly worth mentioning. And, the catalyst behind this weapons trade and regime toppling is the excuse given as the WOD. The ghost-like WOD policy has been a windfall for US arms manufacturers, drug importers, and makes for a sweet campaign slogan for politicians.

The propaganda machine that co-opted the WOD has fed the policy to the US public as well-intentioned assistance for poor Latin American countries, a force for ridding the world of drug lords, and an attempt to keep the kid down the street off drugs is a farce and a disgrace.

Not since the 1970s and 1980’s has the US been more openly hostile and covertly active in the Latin American region. It has effectively wormed itself into the internal politics of small, indefensible Island Caribbean nation-states experimenting with leftist political systems and larger South American nations dealing with regional uprisings with leftist tendencies. The US under this guise called the WOD has joined the impotent Mexican government’s fight with the Zapatista Army of National Liberation (EZLN) and overwhelmingly taken over the Columbian government’s very bloody fight with The Revolutionary Armed Forces of Columbia—People’s Army (FARC). Columbian troops led by US “advisors” and using overwhelming US supplied firepower killed over 250 FARC rebels in 2013 including key leaders in a covert CIA program. The US, despite the obvious inability to counter drug exports in Mexico and Columbia, has countered with ground forces in nations like Aruba, Guatemala, and Honduras where increasing leftist para-military grassroots organizations are forming.

The attacks by the conservative Mexican government and US military forces continue to escalate. While the US and Columbian forces make nice with meaningless peace talks in Havana, the attacks on rebel groups is becoming widespread and fierce. Rebel leaders are trying to secure rights to land already seized by the joint Columbian-US forces. Despite having moved operations to areas along the friendly border with Venezuela, rebel camps have been decimated by information supplied by NSA eavesdropping and GPS signals from traitors lured by US offers of cash.

Both Marxist-Leninist groups are primarily made up of indigenous peoples and have brought their fights to the corrupt regimes of Columbia and Mexico in order to bring political, social, and economic justice to their people. Their anti-global economic stance and separatist ideal is pure anathema for the US government and the pro-western regimes of Mexico and Columbia. Like in Afghanistan, where farmers or entire villages use the poppy fields in an attempt to arm and feed their families in a bare and unforgiving land, many disenfranchised, indigenous peoples in Latin America depend on small plots of coca or marijuana to provide food and cash for extended families and rebel activities.

While US distributors buy illicit products in ever increasing quantities, the US government sells arms to ostensibly fight the producers of those drugs. But in actuality the US government, under the excuse of a WOD, is providing these regimes with arms to fight against leftist guerillas and tangentially destroy the message of liberation theology. While the US may have fallen backwards into this hemispheric fight, its roots are in the Reagan doctrine and the Monroe doctrine creating a new strategy which has become a legacy for all US administrations.

Unfortunately, it’s a perfectly sound and successful policy for the US to exchange the language of the Cold war and the war on socialism, liberation, and progressive states for the terminology of the War on Drugs. It is a typical strategy of the US government’s economic and military policy-makers around the world. Call it Bait and switch, obfuscate and rename, or pure Orwellian propaganda, at any rate, it works. When I hear the mainstream media’s collective sigh over the WOD, I immediately think of the recent wars in Iraq and Afghanistan which media outlets enjoyed calling the War on Terrorism.

ABOUT THE AUTHOR
A former Special Forces man,  contributing editor William Hathaway long ago turned his life around to become a peace and social justice activist. Currently residing in Germany, he’s the author of Radical Peace: Refusing War, an anthology discussing and narrating personal experiences and insights to attain peace in our time.

Ukraine and the Rebirth of Fascism

Please do NOT forget to recommend

Tell them about our articles, send them samples by email or social media.

The circulation of alternative sites such as ours must increase if we are to break the criminal stranglehold that the corporate media have on the American mind.
DO YOUR PART
(CLICK OUTSIDE THIS POPUP TO CLOSE)