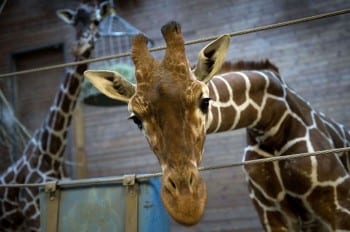 Innocent Marius, killed by the Copenhagen Zoo, despite offers to rehome him.

EDITOR’S NOTE—
A COUPLE DAYS AGO I got a mail from Care2.com alerting me about a dreadful incident involving a young giraffe at the Copenhagen Zoo (see below).

Like most animal defenders I get bombarded with news of this kind every day.  It’s a spigot of pain, frustration and stress that you can never turn off.  I know that some people, including a few veteran animal activists, like soldiers in wartime, in time seem to get inured to the rivers of pain streaming past their eyes. Unfortunately I can’t.

Fact is I could never quite get accustomed to stories that depict atrocious and often massive animal suffering against a backdrop of institutionalized approval or indifference by the mass public. It bothers me and the visions linger on my mind, constantly demanding that something be done.  (Thank you corporate media—especially television—for wasting so much precious airtime on political lies and stupid escapism or whoring around instead of covering things that desperately need attention.)  This case, however, struck me as particularly revolting, as it carried the undeniable whiff of unapologetic fascistic eugenics. It prompted questions—and I hope you’ll agree with me on this as you read the details— that are often raised but rarely answered by those holding the status quo.  Questions like, who makes a zoo’s scientific director God? How coldhearted can some humans be? When is the killing of a healthy captive animal a scientifically indispensable act instead of the latest demonstration of the ethical bankruptcy of speciesism?

The case of Marius, a healthy, 2-year old male giraffe living until a few days ago at his birthplace, the Copenhagen Zoo, forces me to focus on this topic once again.

By the way, I’m not kidding about the fascistic angle.  I’ve even written about it.  In my view, speciesism is, by and large, a primitive form of fascism.  As a species, we’re a global tyranny of horrific, mind-boggling dimensions to every other creature on earth, the devil itself, if there is such a thing, a regime supported by our  undisputed supremacy in brainpower, and, as those who believe in religion might argue, “proximity to God.”

Well, read on.  I do hope this provides you with more determination to liberate nonhuman animals and our long-victimized planet from the tender mercies of “humankind”. —P. Greanville 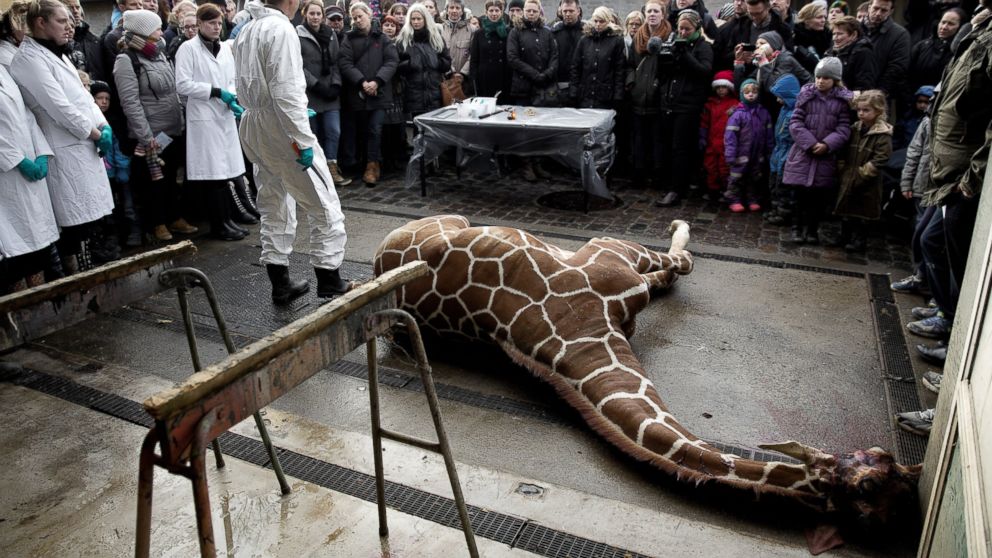 Saying it needed to prevent inbreeding, the Copenhagen Zoo killed a 2-year-old giraffe and fed its remains to lions as visitors watched, ignoring a petition signed by thousands and offers from other zoos and a private individual to save the animal.

Marius, a healthy male, was put down Sunday using a bolt pistol, said zoo spokesman Tobias Stenbaek Bro. Visitors, including children, were invited to watch while the giraffe was then skinned and fed to the lions.

Marius’ plight triggered a wave of online protests and renewed debate about the conditions of zoo animals. Before the giraffe was killed, an online petition to save it had received more than 20,000 signatures.

But the public feeding of Marius’ remains to the lions was popular at Copenhagen Zoo. Stenbaek Bro said it allowed parents to decide whether their children should watch what the zoo regards as an important display of scientific knowledge about animals.

“I’m actually proud because I think we have given children a huge understanding of the anatomy of a giraffe that they wouldn’t have had from watching a giraffe in a photo,” Stenbaek Bro said in a telephone interview with The Associated Press.

He said the zoo, which now has seven giraffes left, followed the recommendation of the European Association of Zoos and Aquaria to put down Marius by because there already were a lot of giraffes with similar genes in the organization’s breeding program.

The Amsterdam-based EAZA has 347 members, including many large zoos in European capitals, and works to conserve global biodiversity and achieve the highest standards of care and breeding for animals.

Stenbaek Bro said EAZA membership isn’t mandatory, but most responsible zoos are members of the organization. 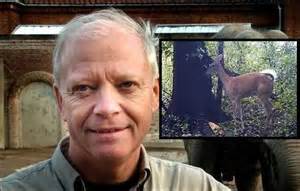 He said his zoo had turned down offers from other ones to take Marius and an offer from a private individual who wanted to buy the giraffe for 500,000 euros ($680,000).

Stenbaek Bro said a significant part of EAZA membership is that the zoos don’t own the animals themselves, but govern them, and therefore can’t sell them to anyone outside the organization that doesn’t follow the same set of rules.

He also said it is important for the breeding programs to work.

Bengt Holst, Copenhagen Zoo’s scientific director, said it turned down an offer from Yorkshire Wildlife Park in Britain, which is a member of EAZA, because Marius’ older brother lives there and the park’s space could be better used by a “genetically more valuable giraffe.”

Yorkshire Wildlife Park said it called the zoo on Saturday with a last-minute offer to house Marius in a new giraffe house with room for an extra male. It said it was saddened by the killing of Marius, but “without knowing the full details it would be inappropriate to comment further.”

Copenhagen Zoo also turned down an offer from a zoo in northern Sweden, because it was not an EAZA member and didn’t want to comply with the same high standards, Holst said.

“I know the giraffe is a nice looking animal, but I don’t think there would have been such an outrage if it had been an antelope, and I don’t think anyone would have lifted an eyebrow if it was a pig,” said Holst. {Editor’s Note: Denmark is one of Europe’s largest producers of “pork”, having many factory farms dedicated to raising pigs.} 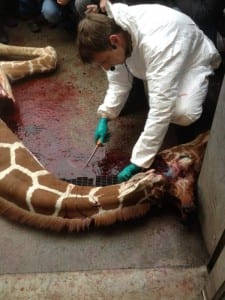 Copenhagen Zoo doesn’t give giraffes contraceptives or castrate them because that could have unwanted side effects on their internal organs, and the zoo regards parental care as important, said Holst.

EAZA said it supported the zoo’s decision to “humanely put the animal down and believes strongly in the need for genetic and demographic management within animals in human care.”

However, the organization Animal Rights Sweden said the case highlights what it believes zoos do to animals regularly.

“It is no secret that animals are killed when there is no longer space, or if the animals don’t have genes that are interesting enough,” it said in a statement. “The only way to stop this is to not visit zoos.”

“When the cute animal babies that attract visitors grow up, they are not as interesting anymore,” said the organization.

Elisa Allen, spokeswoman for People for the Ethical Treatment of Animals in the U.K., said Marius’ case should serve as a wake-up call for anyone who “still harbors the illusion that zoos serve any purpose beyond incarcerating intelligent animals for profit.”

She said in a statement, “Giraffes rarely die of old age in captivity, and had Marius not been euthanized today, he would have lived out his short life as a living exhibit, stranded in a cold climate, thousands of miles away from his true home.”

Malin Rising reported from Stockholm, Toby Sterling in Amsterdam and Raphael Satter in London contributed to this report.

This past Sunday, the Copenhagen Zoo killed an 18-month-old giraffe, Marius, with a shot to the head. This was a completely irresponsible decision on the part of zoo officials, and we must make sure it never happens again.

Marius was born at the Copenhagen Zoo and was in perfect health. But because his genes were deemed too common, he was considered useless for the zoo’s breeding program. Several zoos offered Marius a new home and almost 30,000 people signed a Care2 petition to save Marius’ life but Holst did not respond.

Zoo breeding programs play a valuable role in helping many species, including endangered animals, to survive. But the Copenhagen Zoo acted irresponsibly and unethically by executing Marius in cold blood. Right after Marius was dead, the zoo staged a public dissection of his body — children were among those witnessing this — and fed his remains to the lions.

Holst has undermined the claims of the Copenhagen Zoo to be an ethical institution which cares for the welfare of animals. As Stine Jensen of Denmark’s Organization against the Suffering of Animals said, the zoo treated Marius as a “waste product.”

That’s no message for a zoo to make. Tell the Copenhagen Zoo to fire Bernt Holst from his position as scientific director for killing Marius, a young giraffe who had his whole life ahead of him.

OpEds: The Misrepresentation of Sochi in the Western Media