Home AMERICAN STUDIES OpEds: The Misrepresentation of Sochi in the Western Media

OpEds: The Misrepresentation of Sochi in the Western Media 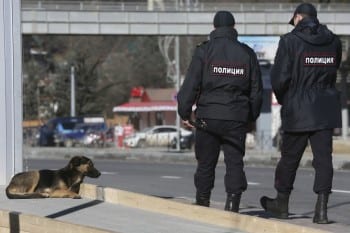 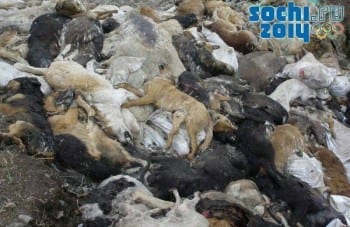 Editor’s Note: The Sochi Winter Games has received criticism on this blog but, we hope, for honest reasons, and not out of underhanded political animus against the new Russia. We have strongly criticized the handling of animal strays, for example, a disgrace considering how much time the planners (including the IOC) had to reach a humane solution to this issue.  Corruption has also been brought up, but in regret for a country we care deeply for.  Indeed we do not regard corruption as a especially “Russian” vice.  For one, the West practically wrote the book on it, Washington literally festers with it, and most of the countries of the world, from Europe to the Middle East to Asia, Latin America, and the good ole USA, of course, are these days writhing in the hard embrace of institutionalized venality, the logical outcome of pseudo-democratic governance. Thus the howls of fake indignation are just that, fake, especially on the Anglo-American media. About that, this writer is not wrong at all, even if his speciesism, his gross insensitivity to animal rights is noted. In that, again, he’s sadly hardly alone. —PG

Surprise, surprise, surprise. The US media almost without exception concentrated on toilets, light bulbs, stray dogs as much as, or more than, the sport, the celebration, the party and the spectacle which is Sochi, the XXII Winter Olympic Games. It comes as no surprise that the showing of the Opening Ceremony in the USA was a study in manipulation.

While Canada showed the Opening Ceremony live, the USA’s NBC had exclusive rights, and showed bits and pieces, heavily censored, with a ten-hour delay. It comes as no surprise that the bits edited out, or censored, were those showing Russia in a positive light, such as the words of thanks to Russia from the International Olympic Committee President, such as the appearance of President Yanukovich of the Ukraine, where Washington is meddling, such as the remarkable and moving celebration of Russia’s unequalled history and culture…

It comes as no surprise that the US censorship of arguably the main feature of the Games came as the cherry on the cake of a campaign which went back to 2010, with reports in the Russian edition of Esquire magazine that the cost of infrastructure development was absurdly high (8 billion USD for 48 kilometres of roads), and therefore – wait for the buzzword – the notion was launched that Corruption! was rife.

The image created well before Sochi began for the readers of this magazine, and the public in general, swayed by gossip-mongers in hairdressers’ salons and the like, was that Sochi was a monument of negativity from the outset, the image conjured up being one of rampant corruption and misuse of funds. What the article did not bother to say was that the funding included 50 bridges and 27 kilometres of tunnels through mountains, and here we throw the ball back – how many western countries would achieve that for 8 billion USD?

No mention that all the infrastructures in Sochi had to be created from the roots upwards but lots of quips about gays. No mention about the fact that the so-called “anti-gay” laws were in fact not about criminalizing homosexual activity (which is not a criminal offence, indeed homosexuals enjoy the same rights as anyone else in Russia, they are free to serve in the armed forces for instance) but rather, an attempt to curb the exposure of non-traditional sexual practices in places were minors could witness them. It is not a law about banning gays, it is a law to protect children from pornography and unsuitable images.

And then the nonsense about security and safety. Let us be honest: if the United States of America and its allies in Europe and the Middle East, namely Saudi Arabia and Qatar, stopped arming, training, aiding and abetting terrorists through unofficial or official channels, the world would be a far safer place. Russian security forces, like their American counterparts, work daily to help protect the lives of ordinary citizens and their right to go about their daily lives without being confronted by some demonic maniac yelling Allahu Akhbar and going to meet his virgins. The difference is that Russia does not invade foreign lands and conduct a foreign policy which walks hand-in-hand with terrorism.

It comes as no surprise that the American Media wants to paint a dour, dismal and depressing picture of Sochi in particular and Russia in general. To inform their viewers and readers? Nope! To perform a media censorship, a puerile form of sub-journalism by little people trying to influence little minds by perpetuating the policy of trying to enhance the notion of “us” by creating an antagonistic and dangerous “them”.

How childish…as if anyone in the USA these days believes a word their media tell them anyway, given that most people have access to the Net and to places where they can read the truth, like Pravda.Ru.