The Crisis In Ukraine 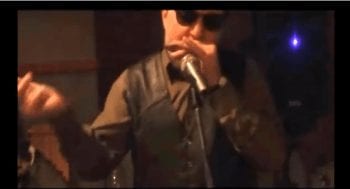 Mouksa Underground: We only wish the Ukrainians had heard their message before falling for the Western siren song.

In 2004 Hungary joined the EU, expecting streets of gold. Instead, four years later in 2008 Hungary became indebted to the IMF. The rock video by the Hungarian group, Mouksa Underground sums up the result in Hungary today of falling into the hands of the EU and IMF. http://www.youtube.com/watch?v=Jg8h526sB7w&feature=youtu.be The song is about the disappointing results of leaving socialism for capitalism, and in Hungary the results are certainly not encouraging. The title is “Disappointment with the System Change.” Here are the lyrics:

Those on top Prey upon us The poor suffer everyday

When will real change occur? When will there be a livable world The ultimate solution will arise When this economic system is forever abandoned

There is no solution but revolution

Perhaps if the Kiev students had listened to the Hungarian rock group instead of to Washington’s NGOs, they would understand what it means to be looted by the West, and Ukraine would not be in turmoil and headed toward destruction. As Assistant Secretary of State Victoria Nuland made clear in her speech last December and in the leaked recording of her telephone conversation with the US ambassador in Kiev, Washington spent $5 billion of US taxpayer dollars engineering a coup in Ukraine that overthrew the elected democratic government. That it was a coup is also underlined by the obvious public lies that Obama has told about the situation, blaming, of course, the overthrown government, and by the total misrepresentation of Ukrainian developments by the US and European presstitute media. The only reason to misrepresent the events is to support the coup and to cover up Washington’s hand. There is no doubt whatsoever that the coup is a strategic move by Washington to weaken Russia. Washington tried to capture Ukraine in 2004 with the Washington-funded “Orange Revolution,” but failed. Ukraine was part of Russia for 200 years prior to being granted independence in the 1990s. The eastern and southern provinces of Ukraine are Russian areas that were added to Ukraine in the 1950s by the Soviet leadership in order to water down the influence of the nazi elements in the western Ukraine that had fought for Adolf Hitler against the Soviet Union during World War 2. The loss of Ukraine to the EU and NATO would mean the loss of Russia’s naval base on the Black Sea and the loss of many military industries. If Russia were to accept such strategic defeat, it would mean that Russia had submitted to Washington’s hegemony. Whatever course the Russian government takes, the Russian population of eastern and southern Ukraine will not accept oppression by Ukrainian ultra-nationalists and neo-nazis. The hostility already shown toward the Russian population can be seen in the destruction by Ukrainians of the monument to the Russian troops that drove Hitler’s divisions out of Ukraine during World War 2 and the destruction of the monument to Russian General Kutuzov, whose tactics destroyed Napoleon’s Grand Army and resulted in the fall of Napoleon. The question at the moment is whether Washington miscalculated and lost control of the coup to the neo-nazi elements who seem to have taken control from the Washington-paid moderates in Kiev, or whether the Washington neocons have been working with the neo-nazis for years. Max Blumenthal says the latter: http://www.informationclearinghouse.info/article37752.htm The moderates have certainly lost control. They cannot protect public monuments, and they are forced to try to pre-empt the neo-nazis by legislating the neo-nazi program. The captive Ukrainian parliament has introduced measures to ban any official use of the Russian language. This, of course, is unacceptable to the Russian provinces. As I noted in a previous column, the Ukrainian parliament itself is responsible for the destruction of democracy in Ukraine. Its unconstitutional and undemocratic actions have paved the way for the neo-nazis who now have the precedent to treat the moderates the same way that the moderates treated the elected government and to cover up their illegality with accusations of crimes and arrest warrants. Today the illegally deposed President Yanukovych is on the run. Tomorrow will the current president, Oleksander Turchinov, put in office by the moderates, not by the people, be on the run? If a democratic election did not convey legitimacy to President Yanukovych, how does selection by a rump parliament convey legitimacy to Turchinov? What can Turchinov answer if the neo-nazis put to him Lenin’s question to Kerensky: “Who chose you?” If Washington has lost control of the coup and is unable to restore control to the moderates whom it has aligned with the EU and NATO, war would seem to be unavoidable. There is no doubt that the Russian provinces would seek and be granted Russia’s protection. Whether Russia would go further and overthrow the neo-nazis in western Ukraine is unknown. Whether Washington, which seems to have positioned military forces in the region, would provide the military might for the moderates to defeat the neo-nazis is also an open question, as is Russia’s response. In a previous column I described the situation as “Sleepwalking Again,” an analogy to how miscalculations resulted in World War 1. The entire world should be alarmed at the reckless and irresponsible interference by Washington in Ukraine. By bringing a direct strategic threat to Russia, the crazed Washington hegemon has engineered a Great Power confrontation and created the risk of world destruction.

About Dr. Paul Craig Roberts
Paul Craig Roberts was Assistant Secretary of the Treasury for Economic Policy and associate editor of the Wall Street Journal. He was columnist for Business Week, Scripps Howard News Service, and Creators Syndicate. He has had many university appointments. His internet columns have attracted a worldwide following. His latest book, The Failure of Laissez Faire Capitalism and Economic Dissolution of the West is now available.

The National Endowment for Democracy in Venezuela