Home AMERICAN EXCEPTIONALISM Ukraine: One “Regime Change” Too Many?

Ukraine: One “Regime Change” Too Many?

Russia’s parliament has approved President Putin’s request for the use of force inside neighboring Ukraine, as the latest neocon-approved “regime change” spins out of control and threatens to inflict grave damage on international relations, ex-CIA analyst Ray McGovern explains.

Is “regime change” in Ukraine the bridge too far for the neoconservative “regime changers” of Official Washington and their sophomoric “responsibility-to-protect” (R2P) allies in the Obama administration? Have they dangerously over-reached by pushing the putsch that removed duly-elected Ukrainian President Viktor Yanukovych?

Russian President Vladimir Putin has given an unmistakable “yes” to those questions — in deeds, not words. His message is clear: “Back off our near-frontier!”

Moscow announced on Saturday that Russia’s parliament has approved Putin’s request for permission to use Russia’s armed forces “on the territory of the Ukraine pending the normalization of the socio-political situation in that country.”

Putin described this move as necessary to protect ethnic Russians and military personnel stationed in Crimea in southern Ukraine, where the Russian Black Sea Fleet and other key military installations are located. But there is no indication that the Russian parliament has restricted the use of Russian armed forces to the Crimea.

Unless Obama is completely bereft of advisers who know something about Russia, it should have been a “known-known” (pardon the Rumsfeldian mal mot) that the Russians would react this way to a putsch removing Yanukovich. It would have been a no-brainer that Russia would use military force, if necessary, to counter attempts to use economic enticement and subversive incitement to slide Ukraine into the orbit of the West and eventually NATO.

This was all the more predictable in the case of Ukraine, where Putin — although the bête noire in corporate Western media — holds very high strategic cards geographically, militarily, economically and politically.

Moscow’s advantage was not nearly as clear during the short-lived “Prague Spring” of 1968 when knee-jerk, non-thinking euphoria reigned in Washington and West European capitals. The cognoscenti were, by and large, smugly convinced that reformer Alexander Dubcek could break Czechoslovakia away from the USSR’s embrace and still keep the Russian bear at bay.

My CIA analyst portfolio at the time included Soviet policy toward Eastern Europe, and I was amazed to see analysts of Eastern Europe caught up in the euphoria that typically ended with, “And the Soviets can’t do a damned thing about it!”

That summer a new posting found me advising Radio Free Europe Director Ralph Walter who, virtually alone among his similarly euphoric colleagues, shared my view that Russian tanks would inevitably roll onto Prague’s Wenceslaus Square, which they did in late August.

Past is not always prologue. But it is easy for me to imagine the Russian Army cartographic agency busily preparing maps of the best routes for tanks into Independence Square in Kiev, and that before too many months have gone by, Russian tank commanders may be given orders to invade, if those stoking the fires of violent dissent in the western parts of Ukraine keep pushing too far.

That said, Putin has many other cards to play and time to play them. These include sitting back and doing nothing, cutting off Russia’s subsidies to Ukraine, making it ever more difficult for Yanukovich’s successors to cope with the harsh realities. And Moscow has ways to remind the rest of Europe of its dependence on Russian oil and gas.

There is one huge difference between Prague in 1968 and Kiev 2014. The “Prague Spring” revolution led by Dubcek enjoyed such widespread spontaneous popular support that it was difficult for Russian leaders Leonid Brezhnev and Aleksey Kosygin to argue plausibly that it was spurred by subversion from the West. [Although in significant ways, it was.—Eds] 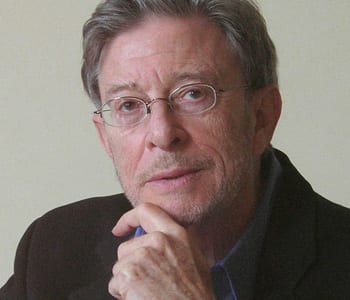 U.S. State Department officials were, in the words of NYU professor emeritus of Russian studies Stephen Cohen, “plotting a coup d’état against the elected president of Ukraine.”

Not so 45-plus years later. In early February, as violent protests raged in the Ukrainian capital of Kiev and the White House professed neutrality, U.S. State Department officials were, in the words of NYU professor emeritus of Russian studies Stephen Cohen, “plotting a coup d’état against the elected president of Ukraine.”

We know that thanks to neocon prima donna Victoria Nuland, now Assistant Secretary of State for European Affairs, who seemed intent on giving new dimension to the “cookie-pushing” role of U.S. diplomats. Recall the photo showing Nuland in a metaphor of over-reach, as she reached deep into a large plastic bag to give each anti-government demonstrator on the square a cookie before the putsch.

More important, recall her amateurish, boorish use of an open telephone to plot regime change in Ukraine with a fellow neocon, U.S. Ambassador Geoffrey Pyatt. Crass U.S. interference in Ukrainian affairs can be seen (actually, better, heard) in an intercepted conversation posted on YouTube on Feb. 4.

Nuland was recorded as saying: “Yats is the guy. He’s got the economic experience, the governing experience. He’s the guy you know. … Yats will need all the help he can get to stave off collapse in the ex-Soviet state. He has warned there is an urgent need for unpopular cutting of subsidies and social payments before Ukraine can improve.” (sic)

And guess what. The stopgap government formed after the coup designated Nuland’s guy Yats, Arseniy Yatsenyuk, prime minister! What luck! Yats is 39 and has served as head of the central bank, foreign minister and economic minister. And, as designated pinch-hitter-prime-minister, he has already talked about the overriding need for “responsible government,” one willing to commit “political suicide,” as he put it, by taking unpopular social measures. (Like “austerity,” of course. Surprise! After all, global capitalism is a one-note monster.—Eds)

U.S. meddling has been so obvious that at President Barack Obama’s hastily scheduled Friday press conference on Ukraine, Yats’s name seemed to get stuck in Obama’s throat. Toward the end of his scripted remarks, which he read verbatim, the President said: “Vice President Biden just spoke with Prime Minister [pause] — the prime minister of Ukraine to assure him that in this difficult moment the United States supports his government’s efforts and stands for the sovereignty, territorial integrity and democratic future of Ukraine.”

Obama doesn’t usually stumble like that — especially when reading a text, and is normally quite good at pronouncing foreign names. Perhaps he worried that one of the White House stenographic corps might shout out, “You mean our man, Yats?” Obama departed right after reading his prepared remarks, leaving no opportunity for such an outburst.

Western media was abuzz with the big question: Will the Russians apply military force? The answer came quickly, though President Obama chose the subjunctive mood in addressing the question on Friday.

Throwing Down a Hanky

There was a surreal quality to President Obama’s remarks, several hours after Russian (or pro-Russian) troops took control of key airports and other key installations in the Crimea, which is part of Ukraine, and home to a large Russian naval base and other key Russian military installations.

Obama referred merely to “reports of military movements taken by the Russian Federation inside of Ukraine” and warned piously that “any violation of Ukraine’s sovereignty and territorial integrity would be deeply destabilizing.”

That Obama chose the subjunctive mood — when the indicative was, well, indicated — will not be lost on the Russians. Here was Obama, in his typically lawyerly way, trying to square the circle, giving a sop to his administration’s neocon holdovers and R2P courtiers, with a Milquetoasty expression of support for the new-Nuland-approved government (citing Biden’s assurances to old whatshisname/yatshisname).

While Obama stuck to the subjunctive tense, Prime Minister Yatsenyuk appealed to Russia to recall its forces and “stop provoking civil and military resistance in Ukraine.”

Obama’s comments seemed almost designed to sound condescending — paternalistic, even — to the Russians. Already into his second paragraph of his scripted remarks, the President took a line larded with words likely to be regarded as a gratuitous insult by Moscow, post-putsch…

By now, Russian President Vladimir Putin is accustomed to Obama, Secretary of State John Kerry, National Security Adviser Susan Rice, et al., telling the Kremlin where its interests lie, and I am sure he is appropriately grateful. Putin is likely to read more significance into these words of Obama:

“The United States will stand with the international community in affirming that there will be costs for any military intervention in Ukraine ” and we will continue to coordinate closely with our European allies.”

There are bound to be fissures in the international community and in the Western alliance on whether further provocation in Ukraine is advisable. Many countries have much to lose if Moscow uses its considerable economic leverage over natural gas supplies, for example.

And, aspiring diplomat though she may be, Victoria Nuland presumably has not endeared herself to the EC by her expressed “f*ck the EC” attitude.

Aside from the most servile allies of the U.S. there may be a growing caucus of Europeans who would like to return the compliment to Nuland. After all does anyone other than the most extreme neocon ideologue think that instigating a civil war on the border of nuclear-armed Russia is a good idea? Or that it makes sense to dump another economic basket case, which Ukraine surely is, on the EU’s doorstep while it’s still struggling to get its own economic house in order?

Europe has other reasons to feel annoyed about the overreach of U.S. power and arrogance. The NSA spying revelations — that continue, just like the eavesdropping itself does — seem to have done some permanent damage to transatlantic relationships.

In any case, Obama presumably knows by now that he pleased no one on Friday by reading that flaccid statement on Ukraine. And, more generally, the sooner he realizes that — without doing dumb and costly things — he can placate neither the neocons nor the R2P folks (naively well meaning though the latter may be), the better for everyone.

In sum, the Nulands of this world have bit off far more than they can chew; they need to be reined in before they cause even more dangerous harm. Broader issues than Ukraine are at stake. Like it or not, the United States can benefit from a cooperative relationship with Putin’s Russia — the kind of relationship that caused Putin to see merit last summer in pulling Obama’s chestnuts out of the fire on Syria, for example, and in helping address thorny issues with Iran.

Ray McGovern works with Tell the Word, the publishing arm of the ecumenical Church of the Saviour in inner-city Washington. He was an Army infantry/intelligence officer and then a CIA analyst for 27 years, and is now on the Steering Group of Veteran Intelligence Professionals for Sanity (VIPS). His website is raymondmcgovern.com 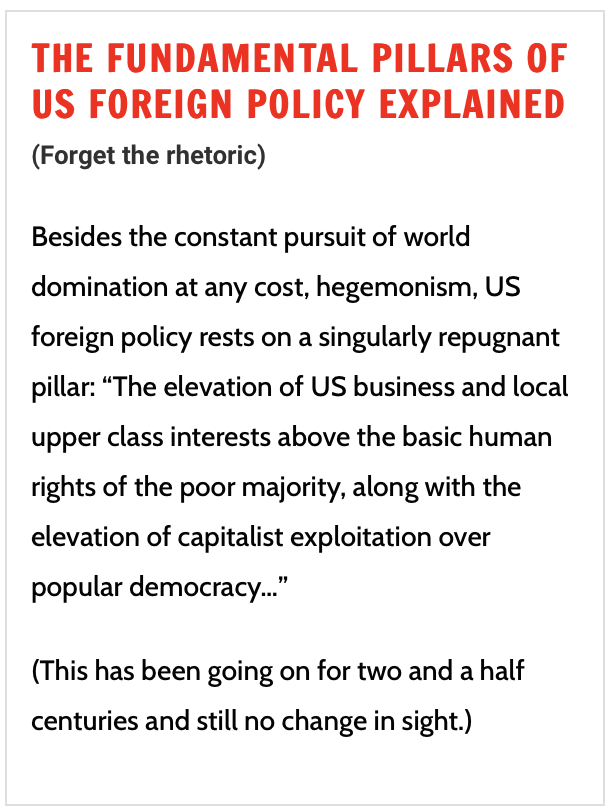 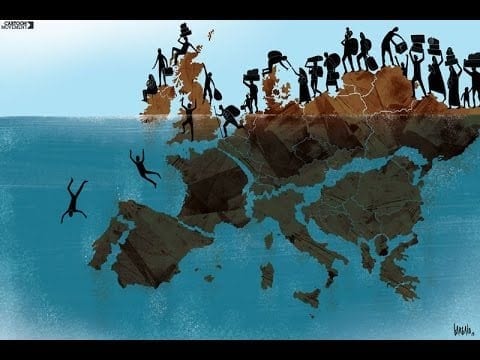 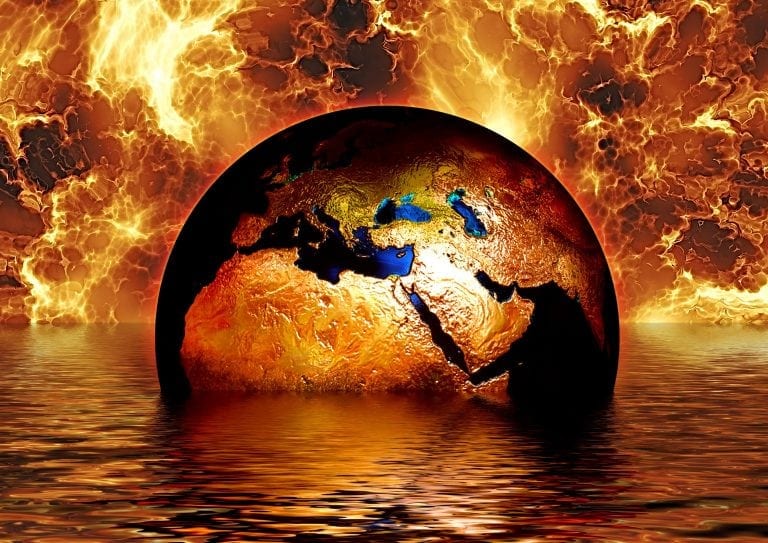 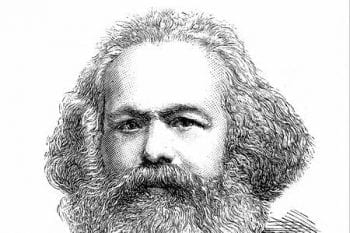 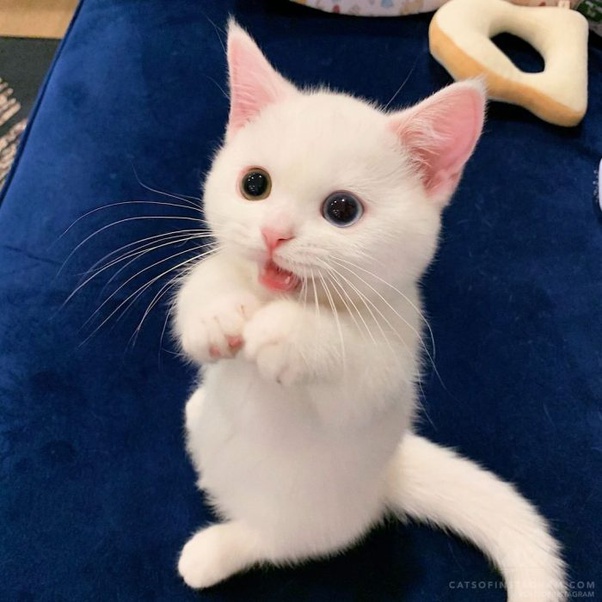