ARCHIVES—Articles of note you should have read but missed the first time around. Reposted as a public service. 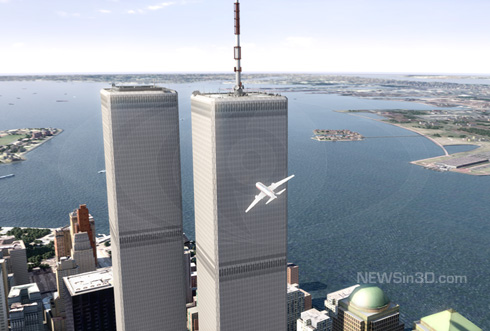 As is my wont, on these pages and others, over the years I have visited and revisited various aspects of the subject of 9/11 (1 – 4).  At this time, the subject appears to be worth yet another visit.  We have had two very important articles published on what the Cheney/Bush Administration was told about the al Qaeda threat and what they chose to pay attention to (nothing).  One has received a great deal of worthwhile attention (5), the other not so much (6).

Both writers have had access to much more information on just what briefings the Cheney/Bush Administration received before the tragic event.  It has been common knowledge that the Presidential Daily Briefing paper of August 6, 2011 warned that Osama bin Laden was determined to strike in the United States.  To which Bush responded to its deliverer words to the effect of “OK, you’ve covered your ass.”  But Eichenwald and Parry (who relies on the Eichenwald material a good deal but also supplies additional information) tell us that repeated briefings on the danger were repeatedly ignored by Cheney/Bush and their National Security Council.  In the meantime, the CIA, which was gathering this information (yes, the CIA can do other stuff besides organize coups against unwanted governments and simulate “homegrown” protest movements against same when it puts its mind to it), was going increasingly nuts over the non-response.

Furthermore, Richard Clarke, the Clinton Administration’s point man on al-Qaeda had told Bush, Cheney and Rice on Jan. 21, 2009 that al-Qaeda was becoming increasingly dangerous and very close attention needed to be paid.  But every time Clarke said words to the effect of “al-Qaeda” on that first day, he tells us (7), Bush said words to the effect of “Iraq.”  It happens that the FBI’s point man on al-Qaeda, John O’Neill, in August, 2009 quit in disgust at the inaction of his agency and the Administration and took the job as director of security for the World Trade Center.  Tragically he was killed in the disaster.  What a tale he might have told had he lived.

And so, the conclusion usually is, Cheney/Bush/Rice were negligent, they were incompetent.  That’s the conclusion Eichenwald and Parry come to.  But there is another possible one.  And of course the 9/11 truth movement (8) has been all over this one for years.  But while the “birther” conspiracy theorists get all the access to the mainstream media they want (I bet you didn’t know that those Barack Obama birth announcements that appeared in the Honolulu papers at the time were planted as part of a truly long-range conspiracy to make him President of the United States someday, did you?), not even the “left” mainstream media (Rachel, et al) will touch this one.  Let me just cherry-pick some of my favorite pieces of evidence that some conspiracy involving at least the Vice-President at some level, from knew-something-was-coming to actually organizing it was indeed ongoing that summer.

All available evidence points to the famous “Building 7,” not hit by anything, being brought down by a controlled explosion.  And oh yes, it happened to contain the City’s emergency command center (which the so-called “America’s Mayor” [ha!] Rudy Giuliani had placed in it against the advice of all of this security experts) as well as the local offices of the FBI and CIA.  (Files, anyone?)  Giuliani was also responsible for the failure to fund a system that would have connected the radios of the New York City police and fire departments.  The command of the former knew when the collapse of the Twin Towers was imminent and got most of its men out.  However, there was no way to directly communicate the danger to the firefighters still working inside.  343 of them perished.  Interestingly enough there is a “Firefighters for Truth” organization right there alongside the architects and engineers (9).  Giuliani was also responsible for having the wreckage moved as quickly as possible and buried in New Jersey swamps, before a full forensic analysis of it could be performed.  Coincidence here too, for the “Subject, Predicate, 9/11” mayor, as Joe Biden dubbed him during the 2008 Presidential campaign?  And oh yes, Giuliani was right there with then-EPA Administrator Christine Todd Whitman (10) in saying “no worries” about the inhaled smoke which, as it turns out, will be killing people for years.

A large group of reputable architects and engineers believe that the Twin Towers were actually brought down the same way (see the referenced website) as Building surely seems to have been.  There are the mysterious trades in stock of the affected airlines just before the Day.  The Attorney General John Ashcroft had stopped flying commercial back in July.

The Cheney/Bush White House fought very hard to prevent the formation of the 9/11 Commission, wouldn’t testify under oath before it, did not testify in public, testified only together not separately.  There has never been an investigation of the Pentagon bombing, much less any explanation of how a hollow aluminum tube (that is an airliner) could penetrate two walls, leave a symmetrical 16 ft.-in-diameter whole in the inner one that it reached, and left no airline wreckage or debris or human remains.  On President Clinton’s watch two massive al Qaeda conspiracies were averted, the 1998 “25 airliners” plot and the 2000 “Millennium bomb” plot to blow up LAX.  During the three-day banning of commercial flight sin the U.S., 18 members of the bin Laden family living in the United States were flown out before the FBI could get to interview them.

It may well be that anyone who could and would possibly talk about really happened on that day and the months leading up to it is dead, from natural or other causes.  But it appears so obvious that the ignoring of all of those warnings from the CIA, for gosh sake was not because of negligence.  In reference to the possibility of there being weapons of mass destruction in Iraq, Cheney once talked about the “The One Percent Doctrine” (12).  He held that if there was even a one percent chance that Saddam Hussein had weapons of mass destruction that the US invasion of Iraq was justified.  Funny how he never applied that doctrine to the overwhelming evidence that trouble right here in River City was well on its way in the summer of 2001.

3.    Jonas, S., “Terror in the Skies: from 9/11 to the Underwear Bomber,” http://www.truth-out.org/buzzflash/commentary/item/8587-dr-js-commentary-terror-in-the-skies-from-911-to-the-underwear-bomber.

7. Clarke, R., Against All Enemies: Inside America’s War on Terror, www.amazon.com/Against-All-Enemies-Inside-Americas/dp/0743260244.