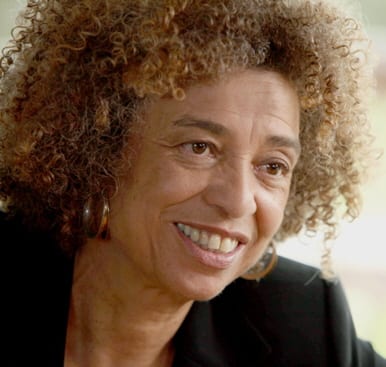 I cannot overemphasize how significant this is.
The coming of age of the AR movement!
The beginning of the movement as a political force.
Animal Rights becoming part of the Left’s agenda.
Share with everyone you know!

The three most important developments in the Animal Rights movement have been:

Please share this widely. This is the turning point!

Perhaps the most important development so far in the struggle for Animal Rights just occurred.

A little noticed, under-reported, and largely ignored report will shake the movement (and its myriad observers and deriders) to its core.

Many Animal Rights activists have been working to raise awareness among our troops that the movement is philosophically a Leftist one.

My primary mission has been to argue for, and facilitate, broad Left wing coalitions. I believe the animals’ interests are best served by those who also believe in human rights, freedom, democracy, and an end to the capitalist system which promotes and profits through animal exploitation, enslavement, and murder.

While some of us may have credibility and influence within the Animal Rights movement, we have little with the Left as a whole.

And just as important as it is to have AR activists aware of their role in the Left, is making Liberals, Progressives, Socialists, and others on the Left aware of the need to oppose all types of oppression, not just that aimed at our human brothers and sisters.

We have not had a leader of the Left stand with Animal Rights atcivists, UNTIL NOW!

And do we have one!

Angela Davis, probably the most famous, influential, and ethical leader of the Left in America is now the most pivotal person in the Animal Rights movement.  I recently shared the article, below, from counterpunch.org

“The food we eat masks so much cruelty”…

While Angela Davis is well known for her progressive perspectives on race, gender, and class, less well known are her views on species, which are quite forward-thinking. The great socialist scholar, it might surprise some to hear, does not consume animal products.

“I usually don’t mention that I’m vegan but that has evolved,” Davis said at the 27th Empowering Women of Color Conference, according to a transcript available at RadioProject.org. “I think it’s the right moment to talk about it because it is part of a revolutionary perspective – how can we not only discover more compassionate relations with human beings but how can we develop compassionate relations with the other creatures with whom we share this planet and that would mean challenging the whole capitalist industrial form of food production.”

Challenging this form of food production, Davis said, would involve witnessing animal exploitation firsthand. “It would mean being aware – driving up the interstates or driving down the 5, driving down to LA, seeing all the cows on the ranches,” she stated. “Most of people don’t think about the fact they’re eating animals. When they’re eating a steak or eating chicken, most people don’t think about the tremendous suffering that those animals endure simply to become food products to be consumed by human beings.”

For Davis, this blindness is connected to the commodity form. “I think the lack of critical engagement with the food that we eat demonstrates the extent to which the commodity form has become the primary way in which we perceive the world,” she said. “We don’t go further than what Marx called the exchange value of the actual object- we don’t think about the relations that that object embodies- and were important to the production of that object, whether it’s our food or our clothes or our iPads or all the materials we use to acquire an education at an institution like this. That would really be revolutionary to develop a habit of imagining the human relations and non-human relations behind all of the objects that constitute our environment.”

Davis struck a similar note in a video recording uploaded to the Vegans of Color blog.

“I don’t talk about this a lot but I’m going to do this today because I think it’s really important,” she said. “The food we eat masks so much cruelty. The fact that we can sit down and eat a piece of chicken without thinking about the horrendous conditions under which chickens are industrially bred in this country is a sign of the dangers of capitalism, how capitalism has colonized our minds. The fact that we look no further than the commodity itself, the fact that we refuse to understand the relationships that underly the commodities that we use on a daily basis. And so food is like that.”

Davis suggested viewers watch the film ‘Food, Inc.’ “And then ask yourself,” she said, “what is it like to sit down and eat that food that is generated only for the purposes of profit and creates so much suffering?”

Davis concluded her comments by explicitly linking the treatment of humans and animals.

“I think there is a connection between, and I can’t go further than this, the way we treat animals and the way we treat people who are at the bottom of the hierarchy,” She said. “Look at the ways in which people who commit such violence on other human beings have often learned how to enjoy that by enacting violence on animals. So there are a lot of ways we can talk about this.”

Jon Hochschartner is a freelance writer from upstate New York. Visit his website at JonHochschartner.com.