Home ABOMINATIONS After Huge Tax Cuts For The Rich, Kansas’s Economy Is Foundering

After Huge Tax Cuts For The Rich, Kansas’s Economy Is Foundering

BY ALAN PYKE
Kansas has become something of a joke, even for American standards. The state’s reactionary policies betray either complete corruption or massive public stupidity. 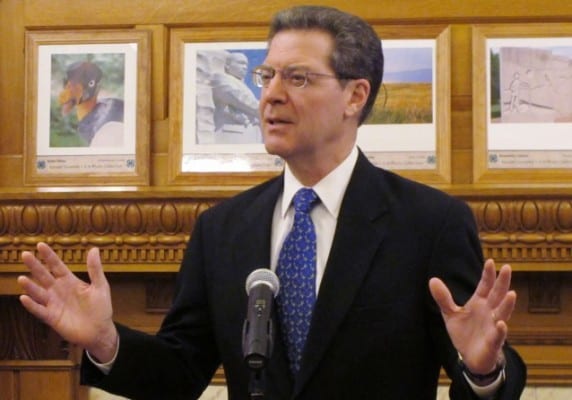 In a time of slack economic growth and high unemployment around the country, Kansas lawmakers thought they had the solution: massive tax cuts for the wealthy would lure economic activity and jump-start the state’s economy. But after Gov. Sam Brownback (R) signed $1.1 billion worth of tax cuts into law over the past two years, the state is behind the national average for economic growth.

A new forecast from Kansas’s budget officials projects that “personal income in Kansas will grow more slowly than U.S. personal income in 2014 and 2015,” the Center on Budget and Policy Priorities (CBPP) writes. The projections come from Brownback’s own Division of the Budget, which expects personal income growth of 3.8 percent this year and 4.2 percent next year. The state’s overall economic growth is now projected to fall behind the nation’s after two decades of keeping pace, the think tank adds.

At the same time that Brownback’s promised economic growth is failing to materialize, hiscritics‘ predictions about the tax cuts are largely coming true. The tax package is starvingthe state of revenue. With less money coming in, Kansas is cutting public services. The state Supreme Court has ordered lawmakers to restore funding to poor school districts, saying that the spending levels they enacted were so low as to be unconstitutional. But given the state’s revenue problems, the way that the legislature is going about correcting the underfunding problem simply takes money away from other schools that need it.

Things are also getting worse for the neediest people in the state. Last fall, Census data revealed that the poverty rate in Kansas had risen each year since the governor was elected after vowing to reduce child poverty. A study by Kansas Action for Children last fall found that child poverty continues to rise in the state.

Brownback’s official response to the state’s poverty problem was a brief report that advocated fighting poverty by encouraging traditional family structures through eight-hour “pre-marital education” classes for couples wishing to wed, kicking tens of thousands of residents off of food stamps so that they will work harder, and finding mentors for the state’s kids.