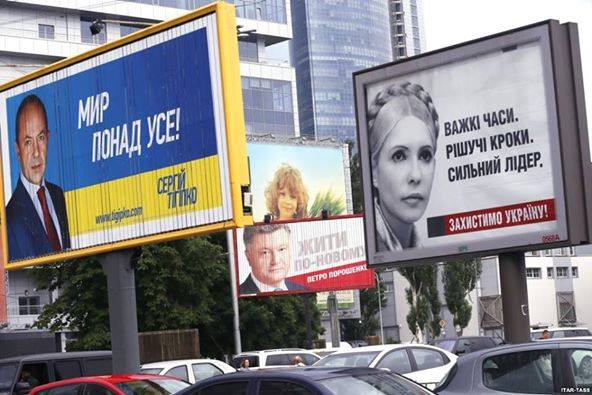 Ukrainian voters are today supposedly deciding on their new president. The United States and EU will try to use today’s elections for the central government to legitimize the illegitimate government they have imposed on Ukraine through the February coup. Yet, there can be nothing legitimate about elections held in country where fascist terror takes place with impunity. This includes the May 2nd Odessa Massacre where 116 anti-fascist protesters were murdered by neo-Nazis through fire, gunshot, beating to death, and strangulation. Those arrested were not the the fascists who committed these atrocities, but instead surviving anti-fascist protesters.

Presently, armed neo-nazis of Right Sector are guarding the headquarters of Ukraine’s Central Election Commission in Kiev. Fascist terror has murdered leftists, removed the anti-fascist (anti-Maidan) voices from the media, forced the anti-fascist Ukrainian Communist Party out of the elections, and forced other anti-fascists like Borotba underground. An elected MP of the Ukrainian Communist Party was assaulted and prevented from speaking by neo-Nazis of Svoboda when he stood-up in parliament and complained about the atmosphere of intimidation since the coup. Neo-Nazis of Svoboda also burned his house down. The Ukrainian Communist Party has already been banned in some regions and national legislation has been submitted to ban their activities on the national level.

The neo-Nazis of Svoboda enjoy partial state power with many top positions in the never-elected ruling junta, yet they are doing terribly in the polls (around 2.5%), far worse than they did a couple years ago when they got around 10% of the vote. This is a party that calls for removing citizenship from Russian speaking Ukrainians and execution, without trial, of Russian speaking intellectuals. This unpopular fringe neo-Nazi party received many top posts in the U.S. backed coup regime that the U.S. government and corporate media continually pretend represents the democratic will of the Ukrainian people.

In second place in the election appears to be Yulia Tymoshenko of the Fatherland Party. She is a corrupt capitalist who was thrown in jail for her plot to murder a rival oligarch. Yet, during the Maidan protests the west portrayed her as some kind of political prisoner and she was freed when the Maidan movement seized power in February. Viewed as a moderate, she has called for the use of nuclear weapons against Ukraine’s Russian speaking population.

Another wealthy capitalist who is one of the top three candidates (with all three top candidates being wealthy oligarchs) is Serhiy Tihipko. Tihipko opposes the movements for independence in eastern Ukraine, but proposes the widely spoken Russian language be made Russia’s second language. If Yulia Tymoshenko or Serhiy Tihipko win enough votes, this could cause a second run off election between them and the likely winner.

Likely to win this illegitimate election is one of Ukraine’s wealthiest capitalists, Petro Poroshenko, who also backed the Maidan movement as well as the U.S. sponsored 2004 coup, the so-called “Orange Revolution”. Poroshenko, while attempting to present himself as a moderate, will be caught between the rock and hard place of trying to appease the rabid neo-Nazis that are mobilized against the working class and Russian speaking people and the militant working class and Russian speaking opposition that has emerged against the fascists and has no real representation in this election. Poroshenko will also be under pressure from the imperialists to continue extreme austerity against the Ukrainian working class. This austerity is the dictate of the IMF and has already been started under the neo-Nazi infested junta. Failure to implement these dictates were at the heart of why the U.S. overthrew Ukraine’s last elected president. In addition, the imperialists will continue their pressures towards Ukraine having hostile relations with one of Ukraine’s most important trading partners, Russia. All of these things within the context of Ukraine’s floundering capitalist economy, will likely mean that Poroshenko will face both strong probabilities of losing the east of the country to working class anti-xenophobic revolution as well as be overthrown by fascists before the end of his term. Yet, much will be determined by the anti-fascist uprising and civil war in eastern Ukraine.

The uprising in eastern Ukraine is anti-fascist, largely working class, has seized some means of production from pro-coup oligarchs, is against the imperialist imposed junta in Kiev that is imposing IMF austerity, and stands up for the oppressed Russian nationality in Ukraine. They have formed a military that is now battling the neo-Nazi paramilitaries that have been integrated into the Ukrainian National Guard by the central Kiev government. In addition, the anti-fascist Donetsk and Lugansk People’s Republics, whose independence from the Kiev junta was approved overwhelmingly by voters earlier this month, have now agreed to a unified republic called “Novorossiya”. They are encouraging other eastern regions to join their republic. These are encouraging and democratically approved developments that stand in stark contrast to the fascist terror that has been imposed with the aid of western imperialism (Obama at. al) in western Ukraine.

Whatever the outcome, one thing is for certain, today’s election has no legitimacy. Ukrainians must continue their difficult struggle to prevent Ukraine from being further swallowed by Nazi barbarism. In liberated territories, the military battles for the defense of the Novorossiyan People’s Republic and the extension of the revolution across Ukraine are central tasks. Elsewhere in Ukraine, the building of non-sectarian self-defense forces of the working class, oppressed nationalities, leftists, Jews, and all others threatened by this fascist coup remains essential along side the building of a revolutionary proletarian party.

In the imperialist west, we must continue to expose the lies and oppose U.S. intervention, including U.S. mercenaries who are on the ground, through non-sectarian united fronts. In addition, the struggle to reforge an authentic revolutionary international that seeks to end U.S. and EU imperialism through socialist revolution remains a critical task.

-Steven Argue of the Revolutionary Tendency

This is an article of Liberation News, subscribe free:
https://lists.riseup.net/www/info/liberation_news 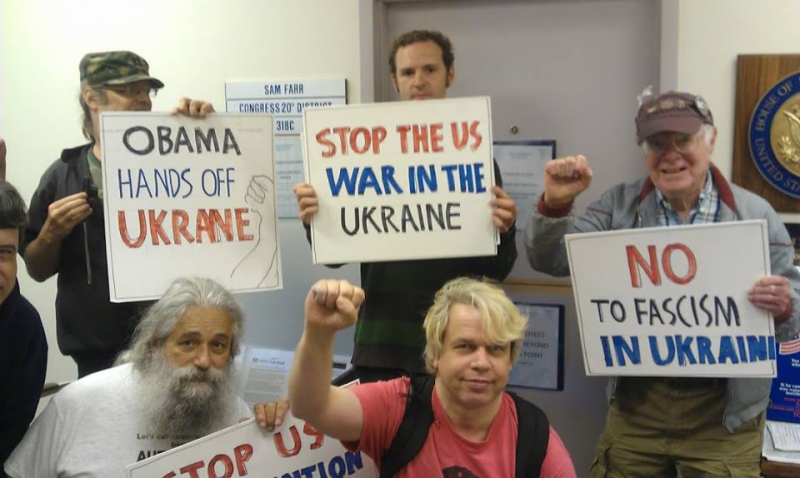 Sponsored by The Coalition to End U.S. Support for Eurofascist Killers in Ukraine & The Revolutionary Tendency

ARCHIVES: How soldiers in Ukraine sent to repress the people joined them