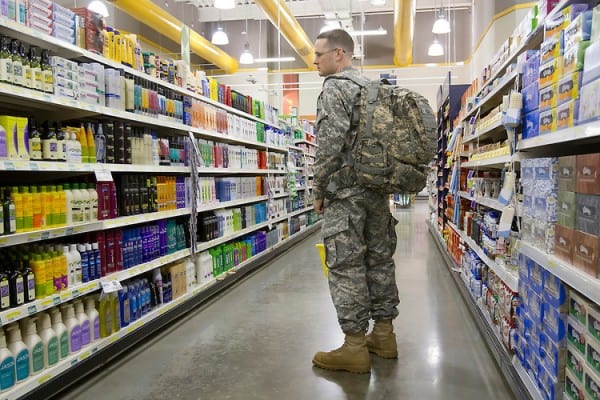 By David Swanson
[I]f Germany hasn’t had enough, we in the United States sure have.

Despite the supposed ending of World War II, the U.S. still keeps over 40,000 armed soldiers permanently in Germany.

Despite the ending of the Cold War, the U.S. still spies on the German government with relentless malevolence and incompetence, building on the fine tradition in which the CIA was created.

Germany has kicked out the latest CIA “station chief” — a job title that seems to give one’s career the longevity and utility of a Defense Against the Dark Arts professor at Hogwarts.

What does Germany get out of this deal?

Protection from Russia?  If the Russian government weren’t demonstrating a level of restraint that dwarfs even that of the Brazilian soccer team’s defense there would be full-scale war in Ukraine right now.  Russia is no more threatening Germany than Iran is preparing to nuke Washington or the U.N. is confiscating guns in Montana.

Germany must gain something, surely?  Perhaps protection from evil Muslims dehumanized in the manner that U.S. war marketers first developed for the dehumanization of Germans 100 years ago?  Surely Germans are smart enough to have noticed that violent resistance to foreign aggression targets the nations responsible, not those declining to take part.  Hosting bases of the military that gives Israel the weapons with which it slaughters the people of Gaza, whatever else it may be, is decidedly not a security strategy.

So what does Germany gain? The warm feeling that comes with knowing that all those acres and facilities with which so much good could be accomplished are being donated to the wealthiest nation on earth which refuses to care for its own people, chip in its share for the poor of the world, or slow its push for the destruction of the globe’s climate even as Germany leads in the other direction?

Come on. Germany is a battered wife, a victim of Stockholm syndrome, a schizophrenic accomplice unwilling to relinquish its gang membership.  Germany should know better.  Germany should throw out the rest of the CIA and 40,000 members of the U.S. military and their families.

What does the United States get out of this codependent criminality?

An unaccountable recklessly funded institution that makes enemies of allies, prevents cooperation across borders, destroys the rule of law and diplomatic initiatives, and erodes the rights of people at home and abroad in order to spy on governments, corporations, and those first to beginning murmuring their displeasure (and for all we know, soccer coaches as well)? Many of us are willing to forego this benefit.

The U.S. war machine does not, in fact, benefit the nations it occupies or the nation in whose name it occupies.  It endangers both, strips away the rights of both, damages the natural environment of both, impoverishes both, and devotes the energies of both to destructive enterprises or mutual disagreements that distract from the necessary work of actual defense from actual dangers, such as the industrial destruction of our air, land, and oceans.

Pulling U.S. troops out of Germany would be the clearest signal that the United States, which has engaged in 200 military actions during the “post-war period,” is ready at long last to actually end the war.

DAVID SWANSON is a well-known social justice and peace activist.
—

David Swanson wants you to declare peace at http://WorldBeyondWar.org  His new book is War No More: The Case for Abolition. He blogs at http://davidswanson.org and http://warisacrime.org and works for http://rootsaction.org. He hosts Talk Nation Radio. Follow him on Twitter: @davidcnswanson and FaceBook.

This email may be unlawfully collected, held, and read by the NSA which violates our freedoms using the justification of immoral, illegal wars absurdly described as being somehow for freedom.

The return of George Orwell and Big Brother’s war on Palestine, Ukraine and the truth