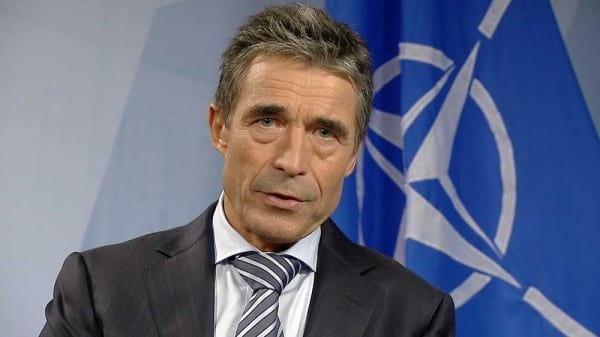 [A]nti-Russian lies keep repeating. So many proliferate, it hard keeping up. The latest is over-the-top and then some. It accuses Russia of launching a major offensive against Ukrainian forces.

Accusations without evidence are made. Kiev sources are cited. They’ve been caught red-handed lying many times. Nothing they say is credible. It doesn’t matter. Major media scoundrels repeat their rubbish like gospel. More on this below.

“(W)e’re also concerned by the Russian Government’s unwillingness to tell the truth even as its soldiers are found 30 miles inside Ukraine,” she said.

“Russia is sending its young men into Ukraine but are telling – are not telling them where they’re going or telling their parents what they’re doing.”

Asked why she said “likely” instead of saying a Russian invasion is underway, Psaki said she “decided to say likely.”

“But why,” she was asked? “(L)ikely implies…some uncertainty because there is a possibility that it’s not.”

Psaki ducked the question. She merely cited “a range of (unsubstantiated) reports. Well, is it an invasion,” she was asked? “(A)re we seeing, like, brigades or divisions crossing the borders into Ukraine?”

“I don’t have any other details to read out for you at this point in time,” she said.

“Tanks, artillery and infantry have crossed from Russia into an unbreached part of eastern Ukraine in recent days, attacking Ukrainian forces and causing panic and wholesale retreat not only in this small border town but also a wide section of territory, in what Ukrainian and Western military officials described on Wednesday as a stealth invasion.”

The report was then replaced by one headlined “Ukraine Reports Russian Invasion on a New Front.”

Five armored personnel carriers replaced tanks, artillery and infantry. According to The Times, it’s Moscow’s attempt to blunt “the momentum of Ukrainian forces…”

Both reports lacked verifiable evidence. Ukraine, Washington, other Western countries and NATO have every incentive to lie. Times and other MSM reporters repeat them like gospel.

Putin said “Russia will do everything to promote this peace process if it is launched, and in our view, this process needs to be launched as soon as possible.”

Why would Russia invade Ukraine hours after Putin stressed the urgency of pursuing peace? For what benefit?

What sense would it make? What credibility would Putin, Sergey Lavrov and other top Russian officials have left?  Putin spokesman Dmitry Peskov repeatedly denies claims about Russian military activity on Ukraine’s borders.

On Wednesday, he said they have “nothing to do with reality.” Claims about an alleged Russian build-up aren’t new, he added.

It’s repeating one Big Lie after another. They substitute for honest reporting.

Don’t expect Times or other MSM reports to explain. Instead, The Times quoted an unnamed “senior American official” claiming without proof:

“Russia is clearly trying to put its finger on the scale to tip things back in favor of its proxies.”

“Artillery barrages and other Russian military actions have taken their toll on the Ukrainian military.”

Previous articles explained Ukrainian soldiers are notoriously underpaid, poorly fed and clothed, as well as deplorably retreated. Morale is low. Many are forced to serve involuntarily. Many others oppose fighting Ukrainian citizens.

Some defect. Most prefer being home. Some seek refuge in Russia. Many young men cross over to avoid military service altogether.

Even The Times described them as “(e)xhausted, filthy and dismayed.” Many are “unwilling to fight,” do so reluctantly or back off “in full retreat.”

According to RIA Novosti, they took “control of checkpoints and strongholds in the outskirts of Mariupol…”

They hold “the bridge across the Gruzsky-Yelanchik River.” They “moved tanks into Novoazovsk on the Sea of Azov” on the Russian/Ukrainian border.

“Many of them have left the republic, but the majority stayed here,” he said.

“Today very many questions are asked how this could have happened that the DPR army grew from scattered guerrilla units into a strong military organization which can not only resist Ukrainian armed forces, but also defeat them on the battlefield.”

“Kiev and the West spoke repeatedly about a Russian military invasion to justify somehow massive defeats which the Ukrainian army has been suffering already for several months.”

“We have never concealed that many Russians are fighting in our ranks without whose aid we would be in a very difficult situation and this would be much heavier for us to fight.”

Many retired Russian servicemen are involved, said Zakharchenko.  “Current servicemen are also fighting in our ranks (voluntarily), as they came to us to struggle for our freedom…” Moscow didn’t send them.

Public anger is growing in Ukraine. According to Itar Tass:

“Hundreds of protesters blocked one of Kiev’s thoroughfares on Thursday demanding the resignation of Ukrainian President Petro Poroshenko and urgent deployment of military hardware in the combat area in eastern Ukraine.”

“The protesters who gathered near the Ukrainian Defense Ministry’s headquarters are also seeking the resignation of Minister Valery Geletei and commanders of the military operation in the southeast.”

Others “rall(ied) with similar demands near the presidential administration…”

Meanwhile, US-led NATO intends a “readiness action plan.” It plans one to counter a nonexistent Russian threat. For the first time, it will establish military “reception facilities” in Poland, Lithuania, Estonia and Latvia. (See NATO Steps Up Military Preparations).

According to Secretary-General Anders Fogh Rasmussen:  “We have something already called the NATO response force, whose purpose is to be able to be deployed rapidly if needed.”

“Now it’s our intention to develop what I would call a spearhead within that response force at very, very, high readiness.”

“In order to be able to provide such rapid reinforcements you also need some reception facilities in host nations. So it will involve the pre-positioning of supplies, of equipment, preparation of infrastructure, bases, headquarters.”

“(F)or as long as necessary,” he stressed. He lied claiming:  “We have seen artillery firing across the border and also inside Ukraine. We have seen a Russian military buildup along the border.”

“Quite clearly, Russia is involved in destabilizing eastern Ukraine. You see a sophisticated combination of traditional conventional warfare mixed up with information and primarily disinformation operations.”

In response, Russia’s permanent mission to NATO said Moscow “will react to NATO moves eastward with a view to ensure its security.”

“They have probably already come up with some plan while moving NATO eastward” to confront Russia. Doing so advances US-led recklessness to a new level. It increases chances for direct confrontation. So do anti-Russian Big Lies. According to Fogh Rasmussen:

“Since the end of the Cold War we have lived in relatively good weather. Now we are faced with a profound climate change.”

“…NATO is blatantly building up its forces in Eastern Europe, including the Black Sea and the Baltic Sea areas. Its operational and combat training activities are gaining in scale.”

Plans are to incorporate Ukraine into NATO unofficially. Western funding will finance its military. At issue is targeting Russia. The threat of direct confrontation grows.